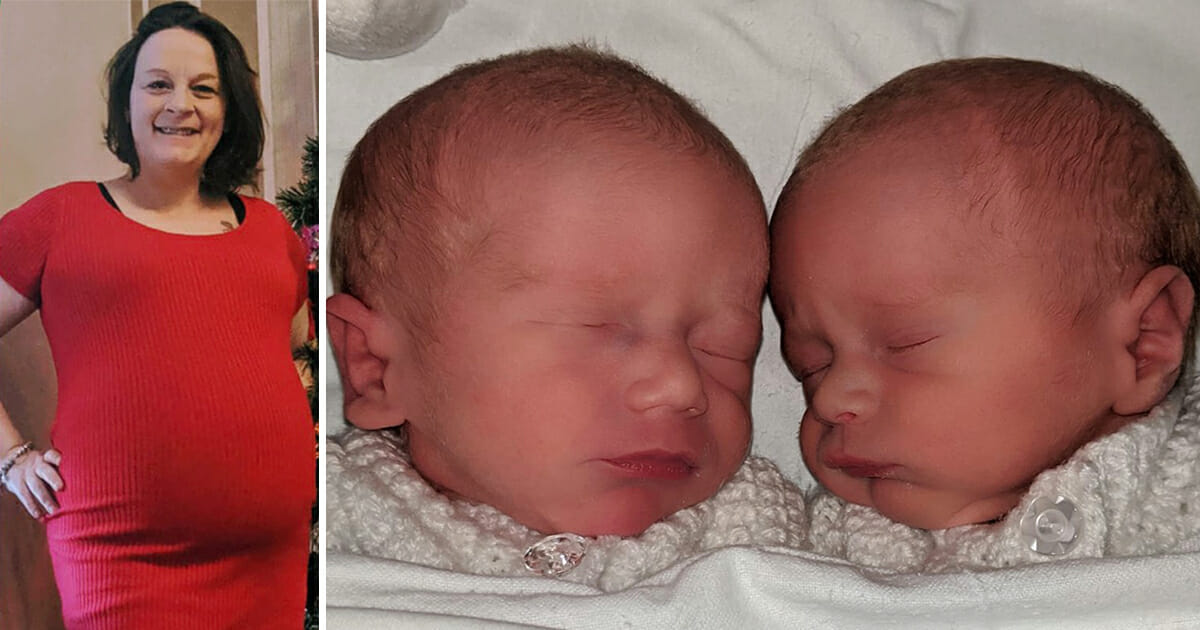 Wanting to have kids but being unable to must be unbearable.

Ruth O’Malley and her husband Mick had been happily married for many years, but they felt one important piece was missing in their lives.

Over the last 18 years, they’ve struggled to get pregnant.

Instead of getting positive pregnancy tests, Ruth got her period over and over again each month. It was mentally draining and eventually, the couple turned to In vitro fertilisation (IVF).

They prayed to God that it would be the answer to their prayers. Unfortunately, it would take almost 20 years of setbacks and tears until the couple were finally blessed with some good news.

Ruth, from Scunthorpe, England, met her future husband in 1999, when they both worked at the city’s large chip factory. It was love at first sight when they saw each other on the factory floor.

The couple married in 2002 and aspired to form a large family. Both Ruth and Mick wanted children – Mick came from a family of 10 kids and was used to having lots of family members around him.

But soon after they got married, Ruth found out that they needed help to get pregnant. It was of course shocking news – most people probably expect that having children is something natural.

Ruth and Mick would go through many difficult years before their dream came true.

“Infertility is not often talked about, even with friends and family, as people don’t want to upset you. But we always believed that if it was meant to happen, it would happen,” Ruth told GrimsbyLive.

During two decades of trying, the couple were dealt blows – but they never gave up.

“We went through so many rounds of IVF. In all but the last one, something would go wrong and we would have to start again,” Ruth said.

“IVF was absolutely grueling with all of the injections and hormones, but I would do it a million times to get this result.”

When Ruth and Mick found out that they were expecting twins last year, they were obviously overjoyed.

Ruth, who will turn 40 in April, said: “We were ecstatic when we got the news that we were expecting twins. It was a miracle.”

As if that weren’t enough – the twin boys Thomas James and Brendan Crawford were born on Mother’s Day, March 22.

The doctors thought the boys would be born in early April, but because the twins were growing very fast, it was decided that Ruth would be induced several weeks early.

“We feel truly blessed to have met them after waiting for such a long time”, Ruth explained.

“If you had told me that 18 years after I was told I couldn’t conceive children naturally, I would be back in Scunthorpe General Hospital having twins – on Mother’s Day no less – I wouldn’t have believed you.”

As England is currently in lockdown due to coronavirus, the circumstances are a bit special. The newborn boys must be kept isolated at home. But the whole family is safe and doing well, enjoying plenty of time bonding.

Congratulations to you both on your lovely babies! This is one of the most heartwarming stories I’ve heard in a while, and I’m so glad it had a happy ending!

Feel free to share this family’s story if you also want to wish the O’Malleys good luck in the future!