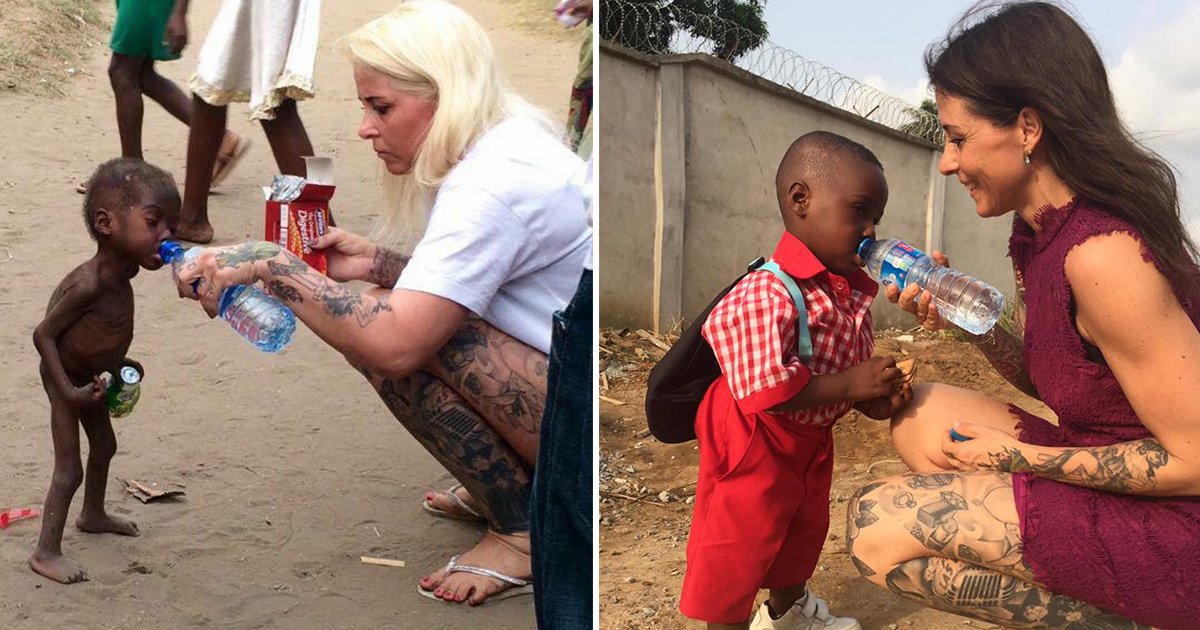 A year ago, Danish aid worker Anja Ringgren’s picture of a little boy from Nigeria quickly spread around the world.

The picture was taken while Anja was working with a relief organization that she co-founded to help African children. She met Hope, who had been abandoned, on the street. She gave him a little water and the picture was snapped. Then, Hope was brought to a hospital for treatment and accepted into an orphanage.

The famous photo was taken on January 30, 2016, and much has happened in just one year. Now, Anja Ringgren has returned to the Nigerian village where she first met Hope.

The difference is striking. Since Hope was taken into custody, he has thrived. And now, Anja has posted another picture. Hope is dressed in red trousers with suspenders and a backpack—it was his first day at school.

“As you can see on the pictures Hope is really enjoying his life now having 35 new brothers and sisters who ALL take such good care of him, play with him, study with him, and make sure he is safe and is getting a lot of love,” Anja wrote on Facebook.

Hope’s family abandoned him when he was just eight months old. Anja Ringgren runs the aid organization African Childrens Aid Education And Development Foundation, which helps children who are orphans or have been abandoned by their families, writes tv2.no.