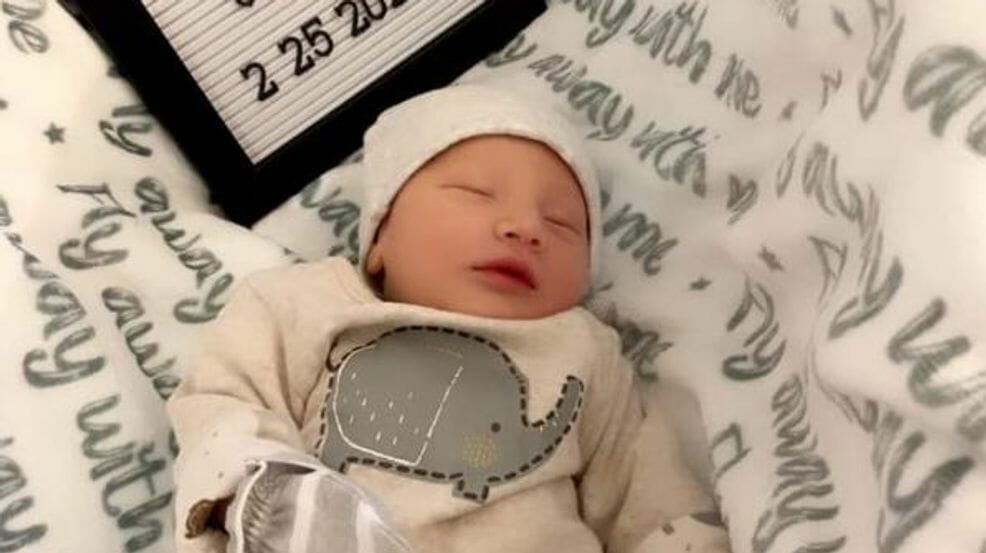 It’s just unbelievable what some people can do to an innocent child.

I’m not a violent person, but when I read about how some adults can hurt small babies, my blood boils. And I will never let anyone get away with doing terrible things to children.

A grieving mother is now asking for our prayers after her one-month-old baby boy clings to life with a gunshot wound to the chest.

Baby Armani Cazares was born in late February and he should have got all the things a baby needs – love, care and security.

Instead, he’s now fighting for his life at University Hospital in San Antonio, Texas. According to reports, the baby was shot by his mother’s 19-year-old boyfriend, police said.

“It’s a nightmare. My son was here and now he’s not,” said Armani’s mother Daisy Delacruz, 18.

Unfortunately, it was not just little Armani and his mom who was targeted in this terrible tragedy. Police says that Delacruz’s boyfriend Lance Tello Jr., 19, is also accused of shooting his own mother and 14-year-old sister inside his family’s home.

Delacruz and Tello became a couple when she was four months pregnant. Tello was not Armani’s biological father, but still took great responsibility and was acting like the boy’s dad, according to Delacruz.

Tello quit his job earlier on Friday and asked Delacruz to pick him up. When they got home, everything was normal and Tello offered to feed Armani.

Then all hell broke loose.

“(Suddenly) his face changes and tells me he wants to hold the baby anymore,” she remembered, describing how he became very quiet and decided to take a shower.

The boyfriend picked up a gun he had stuffed between the mattress and pointed it at Delazcruz.

“And he’s looking at my baby, and I’m telling him, ‘You’re not going to shoot my baby.’ But before I could push him away from me, the gun goes off. And then I’m deaf. And then I turn around and I see my son. My son is on the floor and he’s turning blue.”

After this senseless act of madness, Tello shot his mother and sister, before the police could arrest him. He’s currently at the Bexar County Jail with bonds set at a combined $500,000.

But for little Armani, the condition is critical.

The doctors have told Delacruz he’s not going to make it, that there’s no hope.

“They’re telling me, ‘Whenever you give us the okay, we’ll take him off the ventilator,'” she said.

“I’m not going to do that anytime soon. I don’t want to just leave yet.”

Delacruz said she considers him her miracle baby. “When I saw him, I instantly fell in love. I was told I had kids, so when I found out I was pregnant with him, it was a miracle.”

The family has created a fundraiser to help cover medical costs.

And she has a message to everyone who is reading this story.

This breaks my heart. How did this happen to this precious innocent baby.? This is a tragedy no one should have to go through.

I wish for a quick recovery for your baby. Please Lord heal this infant and place him where he will be loved and safe. In Jesus name I pray. Amen.