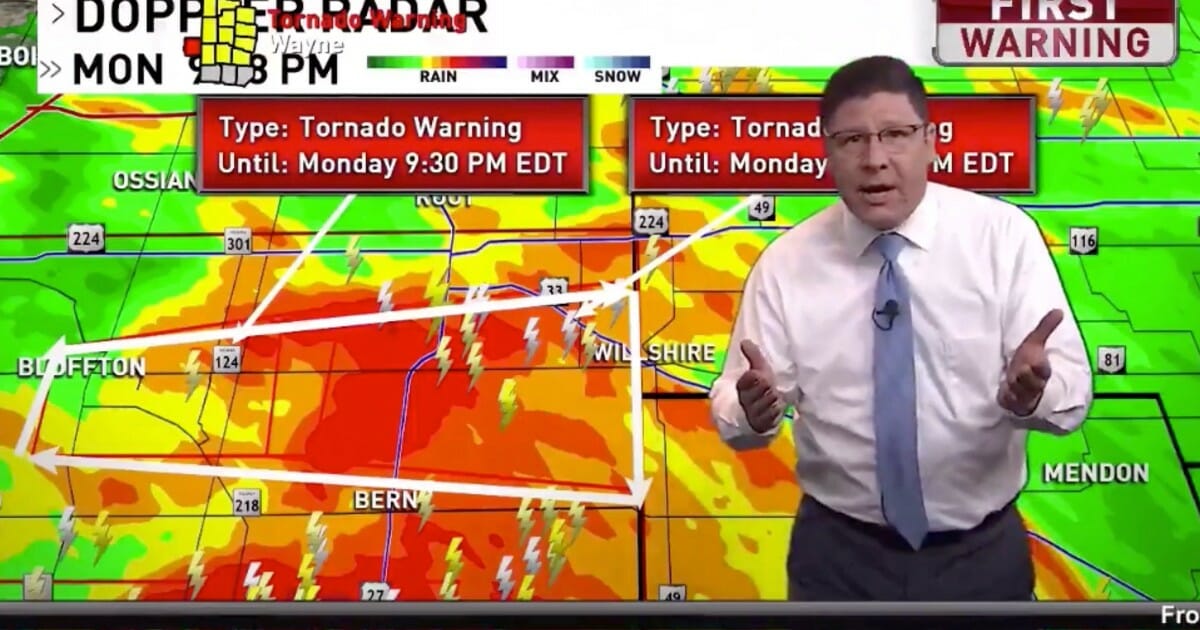 Picture this: you’re watching your favorite show and it’s at a crucial point when all of a sudden the local news cuts in.

That’s exactly what happened to many fans of “The Bachelorette” near Dayton, Ohio on Monday evening, and they let everyone know, including the meteorologist who cut into the programming, about their unhappiness.

But let’s backtrack a moment.

On Monday severe storms hit the area. Those storms produced multiple tornadoes across Indiana and Ohio. According to CBS News, one person was killed and several were injured. Some of the worst damage occurred near Dayton.

When Jamie Simpson of FOX 45 in Dayton, Ohio broke into “The Bachelorette,” he had an urgent warning. An extremely dangerous storm was going to impact the viewing area and people should seek shelter.

Many of the viewers were uninterested in hearing about the tornado warning and took to Twitter to complain about the severe weather coverage. 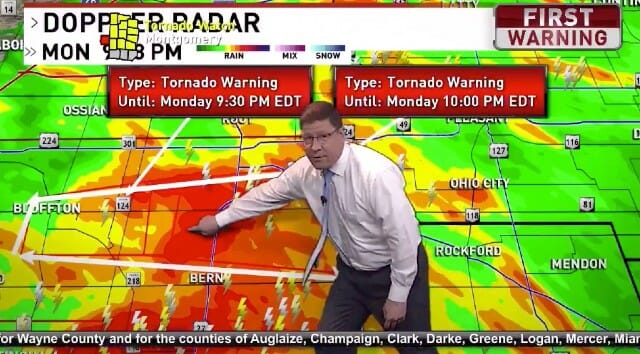 Simpson was fed up.

″I was just checking social media. We have viewers complaining already, ‘Just go back to the show,’” he said. “No! We’re not going back to the show, folks! This is a dangerous situation, OK?”

WATCH: Weatherman @JamieFOX45Now in Dayton, Ohio snapped at viewers complaining on social media about the network's decision to cut into The Bachelorette Monday evening with emergency tornado warning coverage

"I'm done with you people, I really am. This is pathetic" pic.twitter.com/m4nxmoUUkY

“I’m sick and tired of people complaining about this. Our job here is to keep people safe and that’s what we’re going to do.”

Following the now-viral moment, Simpson had a message for everyone:

To all the National media outlets wanting to talk to me:
We had an EF-3/4 tornado last night, more severe possibly the next three days … let me do my job please.

During the broadcast, Simpson apologized for his message to unhappy viewers, but plenty of people online showed support for his reaction.

“It needed to be said. Last night was terrifying,” one user wrote.

“Agree, you saved lives last night. Thank you for doing your job really well,” another Twitter user wrote. “I couldn’t believe people were calling because they wanted to watch their programs, glad you stayed on over 16 hours. It’s obvious you care.”

Was Jamie Simpson right to get angry at viewers who were complaining that they were unable to watch the reality show?