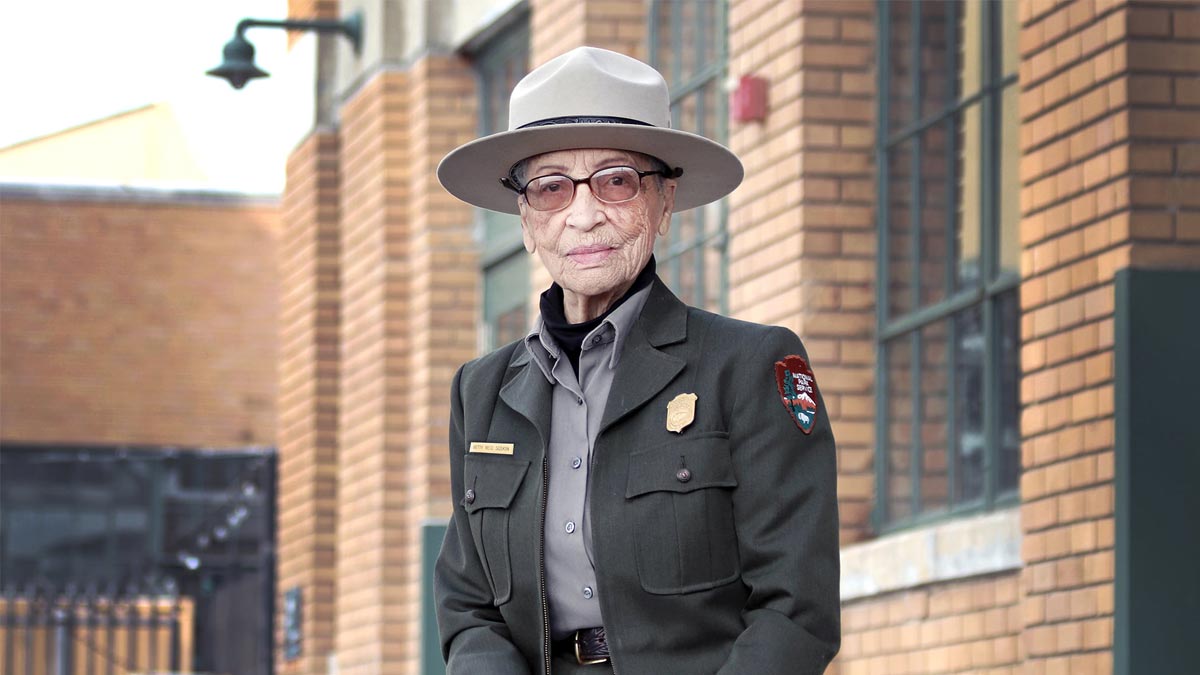 Betty Soskin has held numerous jobs over the course of her life, but perhaps the most interesting is her current job as a national park ranger.

Oh, and did I mention she recently turned 100 years old which made her the country’s oldest active national park ranger.

She was born on September 22, 1921 in Detroit, Michigan, but eventually moved to Oakland, California with her family.

According to the NPS, she worked a variety of jobs before landing at the National Park Service.

She worked as a file clerk during World War II, then in 1945 she and her husband founded one of the first Black-owned music stores. She also held staff positions for government officials.

But in the 2000s, she became involved with the NPS when they asked if she would help develop a plan for the park where she currently works.

At first she was hesitant.

“I have such a love-hate relationship with Rosie!” she said.

Soskin decided that even though she may not have fully embraced Rosie’s image, she would work with NPS to tell the stories of Black Americans during WWII.

She began temporarily working with the park service at the age of 84, and by 2004 she was officially a park ranger.

Over the years she has continued educating visitors, and her work made her a living legend.

She even got to introduce former President Barack Obama during the National Christmas Tree Lighting in 2015.

And now to celebrate a major milestone, perhaps an even bigger achievement: a school will be renamed after her.

“Having a school named for me is more than I ever thought of because it means that a number of children will go into the world knowing who I was and what I was doing here,” Soskin told KGO-TV. “Maybe it will make a difference.”

Happy birthday, Betty! May you celebrate many more!