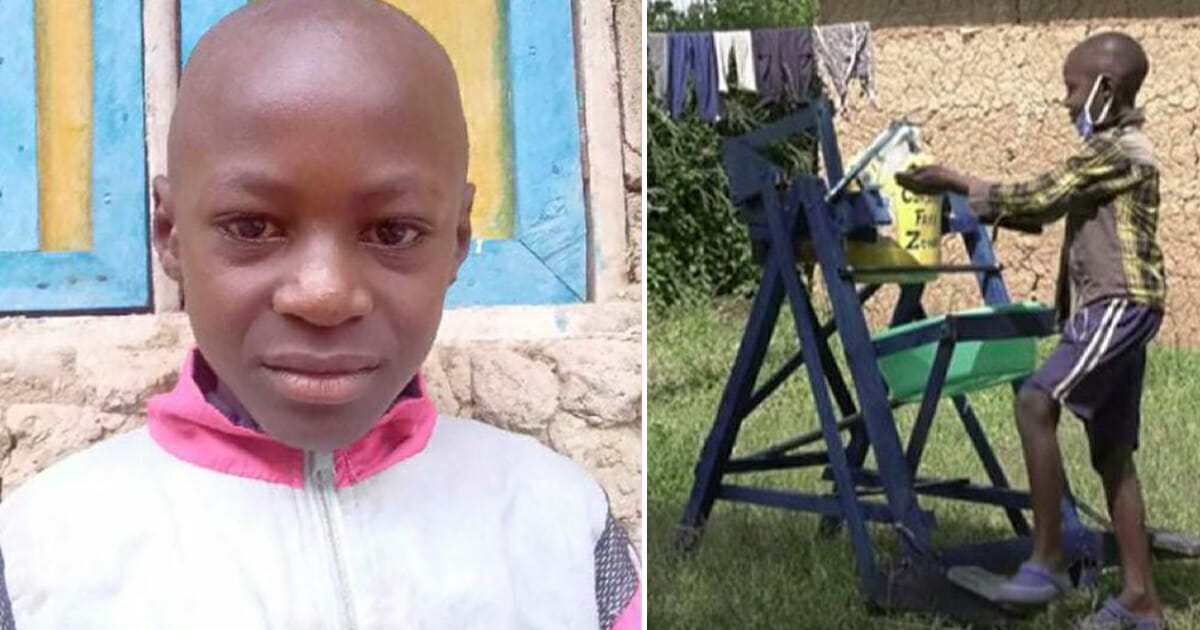 Since the coronavirus crisis we’re all taking extra steps to wash our hands more often than usual and for the first time many of us are using hand sanitizer when we’re out and about.

But in those countries that don’t have access to an abundant supply of hand sanitizer the need for hand washing stations is even greater.

One super smart 9-year-old boy, from Kenya, has taken matters into his own hands and created his own hand washing station out of some wood his dad brought home one night.

He not only built one hand washing station but two for his local community and has plans to build more. His creation has earned him the country’s Presidential Order of Service award.

Stephen Wamukota’s invention allows you to step on a foot pedal to release soap and then another foot pedal releases the water for rinsing, all while avoiding touching any surfaces.

Stephen told the BBC he was “very happy” after receiving his award.

“I now have two machines and I want to make more,” Stephen added.

Stephen, who wants to be an engineer when he grows up, was inspired after watching a TV program on ways to prevent catching the virus.

“I had bought some pieces of wood to make a window frame, but I when I came back home after work one day I found that Stephen had made the machine,” Stephen’s father James Wamukota said.

“The concept was his and I helped tighten the machine. I’m very proud.”

I hope Stephen gets the support he needs to build more of these simple yet effective hand-washing stations; what a clever young boy he is.