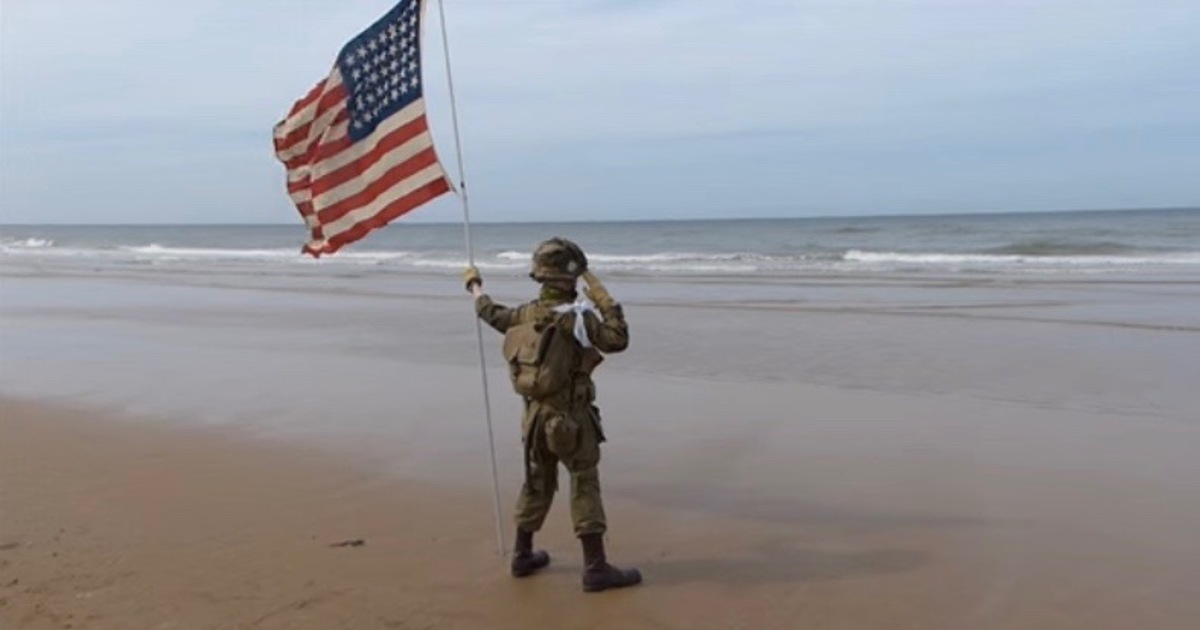 When children approached him and tried to get him to break his concentration, the boy didn’t flinch. When the wind almost whipped the flag out of his hand, he held firm. And when waves came crashing toward him, the boy remained at attention. It was a powerful sight: a lone American boy dressed in full military apparel and holding a U.S. flag on a beach in France. He stood unflinchingly at attention for more than an hour and a half. And what kept him going when others would have lost their focus or broken their salute? The memory of all of the soldiers who fought for freedom in that very same place decades before. On June 6th, 2014, an 11-year-old boy and his father traveled to Normandy, France to thank all the soldiers who fought and died on Omaha Beach on D-Day morning 70 years before. Though just a child, the boy’s powerful tribute touched the hearts of many people that day. Some passersby stopped to take his picture. Service men and women stopped by to thank him. And TV crews captured the ceremony on video. But most movingly, a lone trumpeter joined him and played “Evening Colors” to mark the end of the boy’s vigil. And the boy’s deep respect for the military and his moving gesture didn’t just affect those people on Omaha Beach that day. Since being uploaded, a video of the boy has been uploaded on YouTube and has received almost 7 million views. It’s amazing to see him show some of the same qualities that soldiers displayed all those years ago, albeit in pint-sized form. In the end, the boy raised his hand high to the sky to show his honor and respect. Incredible! Watch the anonymous hero’s powerful tribute below.

Were you moved by this boy’s deep respect for those who fought for freedom? Please share this video to show your appreciation.
Published by Newsner, please like