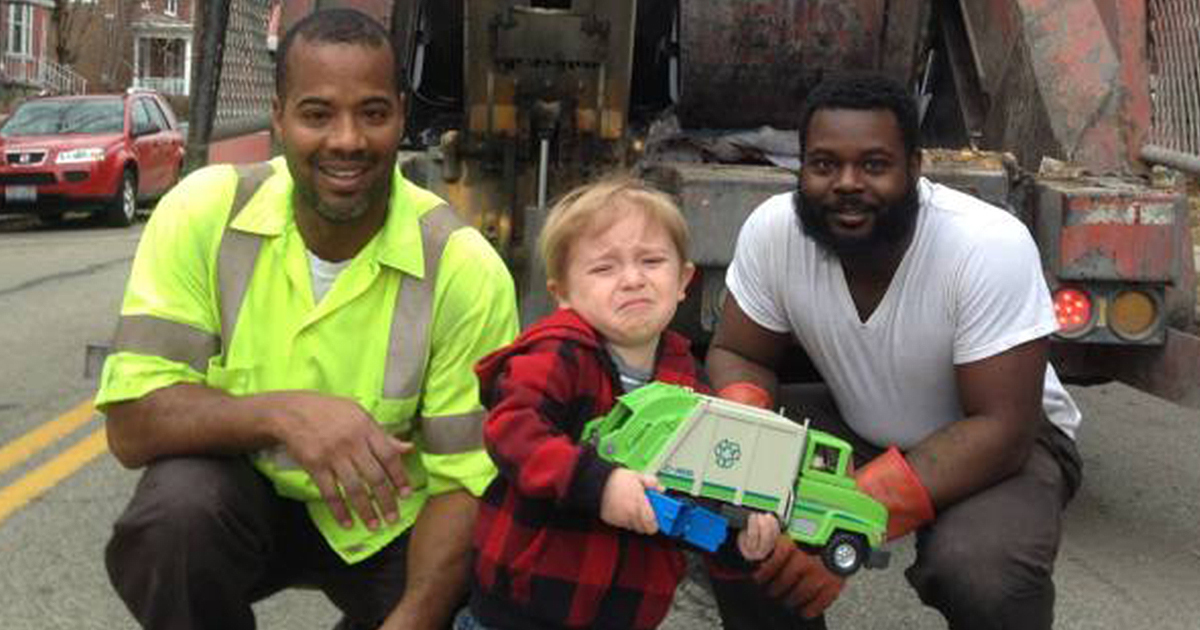 He especially loves big cars and, above all, the garbage truck.

When the garbage truck rolls down his street, he almost always runs to the window and waves to the garbage men.

But one day, the truck stopped outside his house and the unbelievable happened – the garbage pickers had stopped to visit Quincy.

Quincy Kroner lives in Cincinnati, United States with his parents. Ever since he was a small boy, Quincy has loved the garbage truck.

Whenever the truck came rolling down his street, he ran to the window and waved. As he got older, he began to run out into the street and waving to his superheroes.

Quincy told his parents that the garbage men always waved back, which his parents at first found hard to believe.

“We laughed at his imagination, and then we looked out the window and the garbage man was waving!” father Ollie Kroner told the Huffington Post.

Then one day, something surprising happened – the garbage truck stopped right outside his house.

Together with his dad Ollie Kroner, Quincy went out to meet the garbage truck men.

“He was all smiles as the garbage truck pulled up. I asked him if he wanted to take his [picture] with them, and he gave an eager yes,” Quincy’s dad told the Huffington Post.

But when Quincy finally got too meet the garbage truck men – heroes Mark Davis and Eddie Washington, it became all too much for the 2-year-old.

Once actually next to them, Quincy was rather intimidated.

The little boy began to cry, and the moment was immortalized in this shot his dad took. Dad Ollie was near to console his little boy.

“He calmed down after a few minutes and resumed playing,” the father told Huffington Post.

I think this adorable picture really captures childhood. A 2-year-old’s thrills and joy can quickly turn to fear 🙂 Please share if you agree this is just too cute!