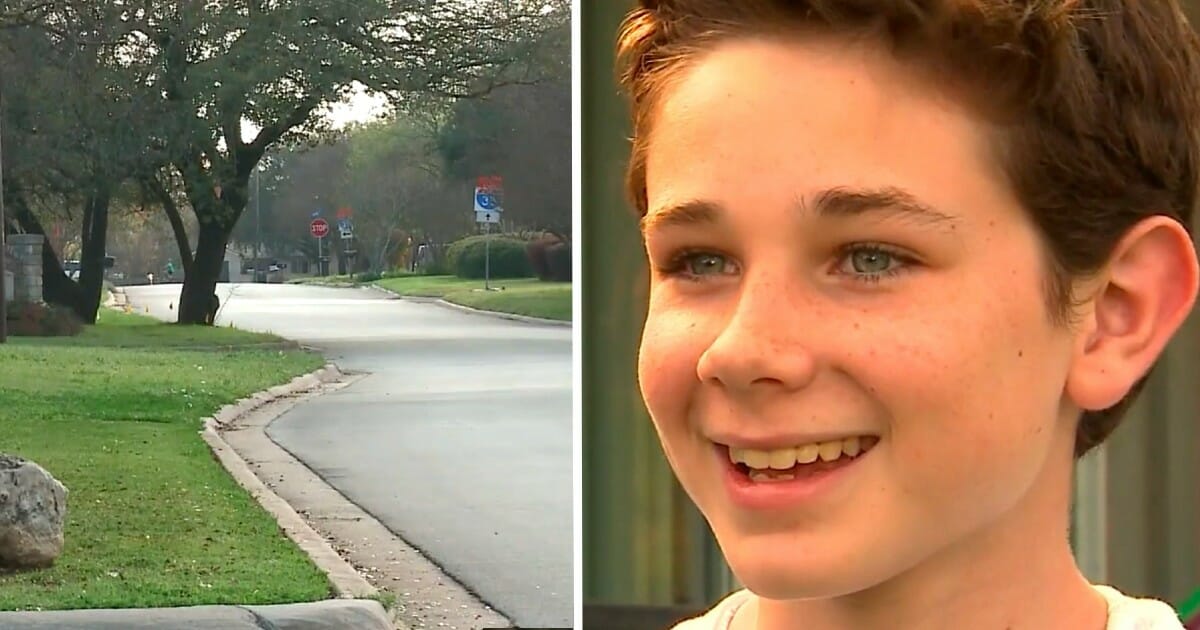 A Texas mother is thankful her family had a plan in place when her son was approached by a man while he walked home from school.

The family’s scary experience serves as a reminder that we should all be prepared.

Daniel Whitecloud, 13, was walking home from school in Georgetown, Texas when a man in a black Honda pulled up alongside him. The man tried to get the 13-year-old to get inside his vehicle by telling him that his mother had sent him.

“I thought he was going to get out of the car to try and snatch me, so I was like, ‘Oh my gosh this is it,” Daniel told KXAN.

But before getting inside the vehicle, Daniel asked the mysterious man for the “safecode.” When the man didn’t know the word, he took off as did Daniel.

As soon as the 13-year-old returned home the family contacted police.

The police are currently asking for anyone with information to contact them. The suspect was described as Hispanic, in his 30s to 40s, and wearing a gray and bright yellow baseball hat and dark short sleeve shirt. He was seen driving a black Honda SUV with a dirty interior that smelled like smoke.

This is a great example of how code words work. I think everyone should use them not just children.