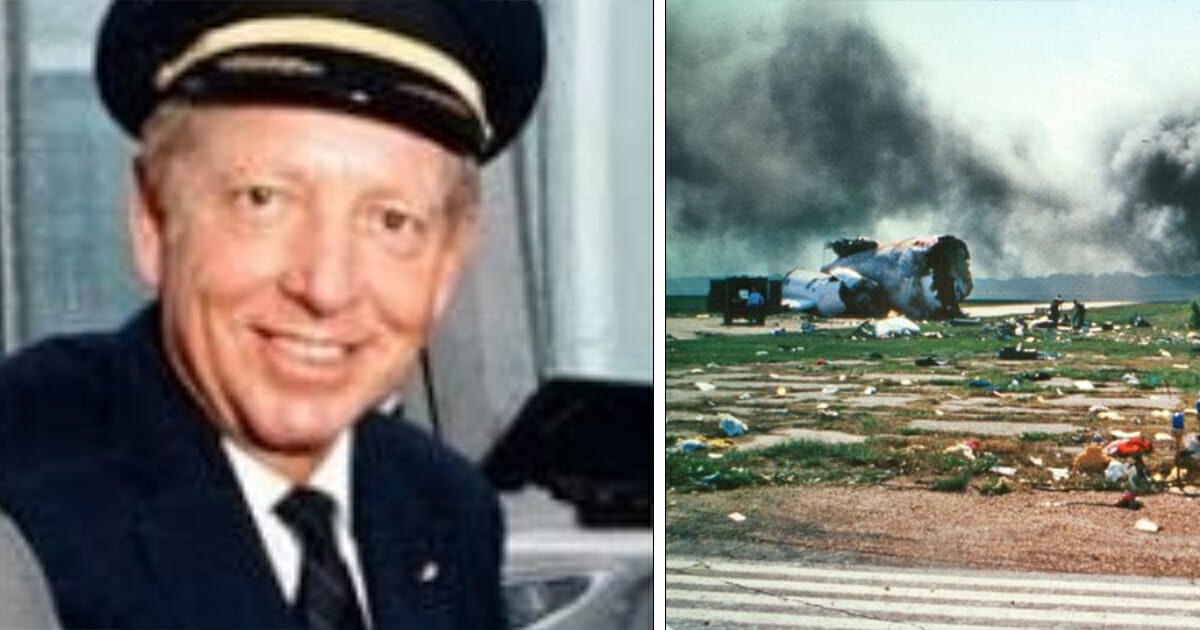 Al Haynes, the United Airlines pilot credited with saving the lives of 184 passengers and crew in 1989, has died aged 87, according to reports.

KTIV say that Haynes’ passing was confirmed by the airline, though his cause of death was not reported.

The 87-year-old crash landed a crippled plane 30 years ago in Iowa, saving the lives of 184 passengers and crew on board.

Last month marked the 30th anniversary of his heroic landing of United flight 232.

The flight from Denver suffered catastrophic failure & crashed in a corn field in Sioux City, IA. Some 112 died, but his expertise as captain saved 184 lives. pic.twitter.com/34caMVb7B4

July 19, 1989. Haynes and his crew were en route to Chicago when the plane’s tail engine failed. The resulting crash landing at Sioux Gateway Airport in Sioux City killed 110 passengers and one crew member.

As per the Smithsonian National Air and Space Museum, Haynes and his crew were commended for their part in avoiding further deaths.

Hero pilot and aviation safety icon, Al Haynes, has died at the age of 87.

In 1989, he was the Captain that led his crew to land the severely crippled United Flight 232 in Sioux City, beating the odds to save 185 of his passengers. pic.twitter.com/crAdCc4NPe

Speaking to KTIV, Gary Brown, emergency services director in Woodbury County, Iowa, said: “Al did not like the name ‘hero’ associated with Al Haynes. He never saw himself as a hero.

United Airlines, meanwhile, said they were saddened to hear of Haynes’ passing.

“We thank him for his service throughout his career at United and for his exceptional efforts aboard Flight UA232 on July 19, 1989. His legacy will endure,” the airline said in a statement.

Rest in peace, Al Haynes. You were a true American hero, and one who won’t ever be forgotten.

Please share this article to pay your respects to Al Haynes and the crew of the 1989 crash landing.