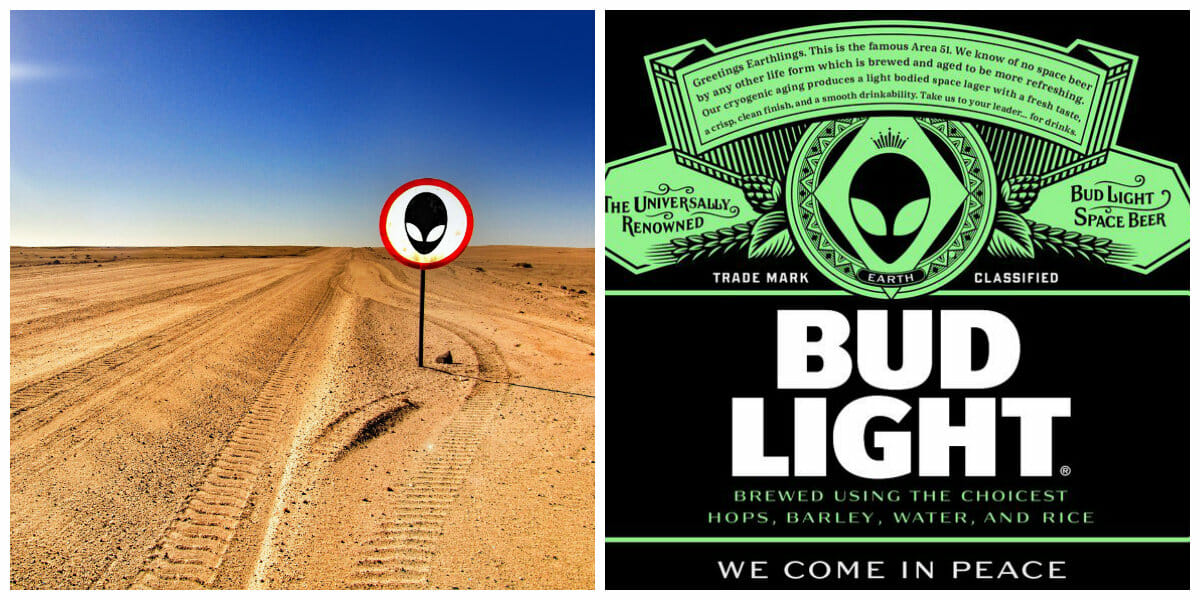 If you’ve been on the internet this past week or so, you’ve probably seen a lot of memes about Area 51, the mysterious, secretive Nevada military site where the US government is hiding a bunch of UFOs and captured aliens—or at least, that’s how the longstanding conspiracy theories about it go.

Now with internet-dwelling truth-seekers apparently plotting to take over the base and free the extraterrestrials, one beer brand has stepped up to be earth’s official ambassador, ready to welcome the aliens with a cold one. 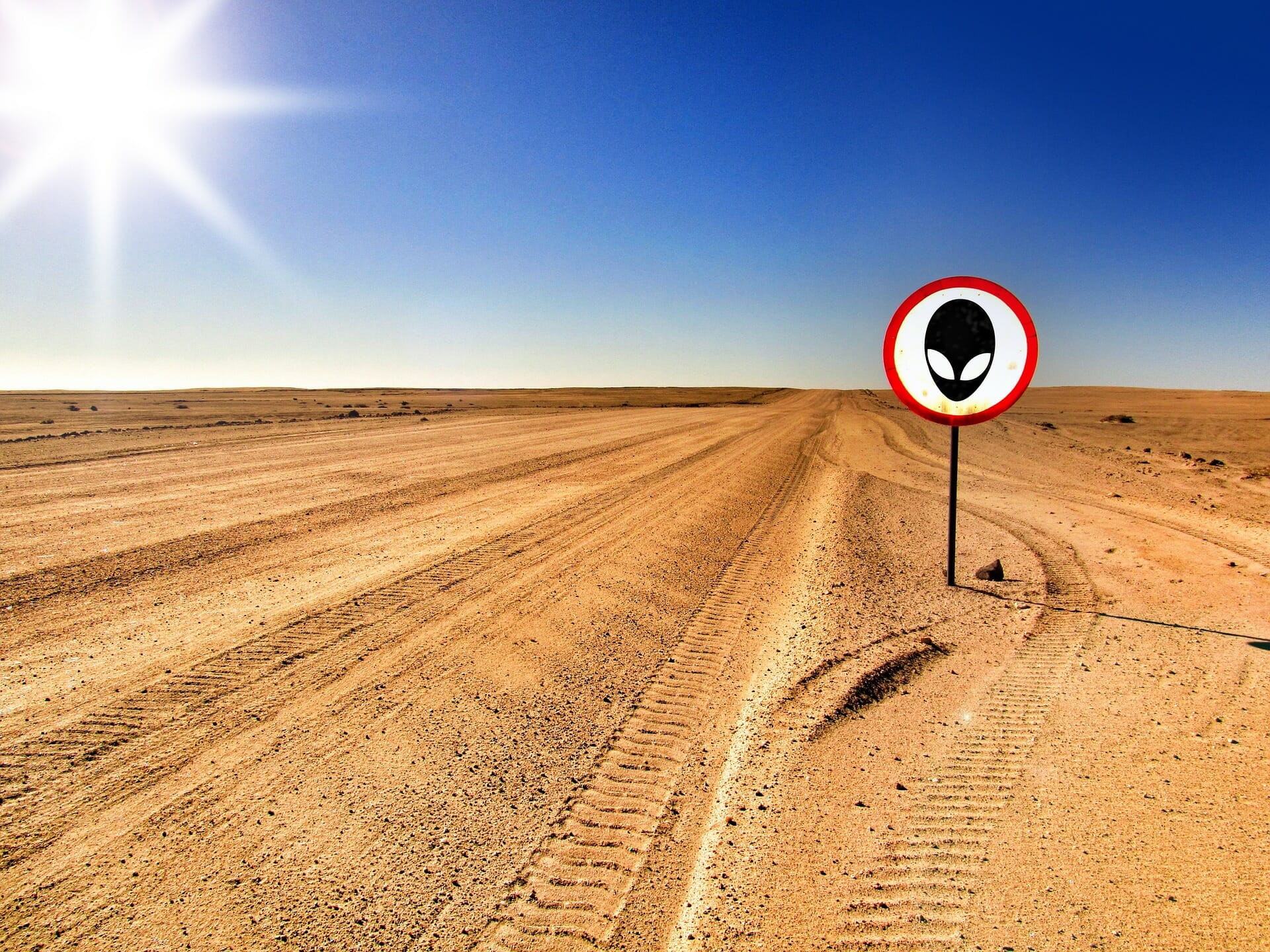 For those of you behind on your memes, let’s fill you in on why this decades-old urban legend is suddenly news again. It all started with a Facebook event titled “Storm Area 51, They Can’t Stop All of Us.”

The idea here is that while one person trying to dig up the truth about the mysterious zone would be easily stopped by the armed military guards protecting it, a giant mob could overtake the place, finally able to free the aliens, or at least discover what weird secrets are hiding out there in the desert.

It’s scheduled to take place on September 20. The event quickly went viral, became the internet’s hottest thing and inspired countless memes. If they wanted an army, they apparently got one: currently 1.6 million people have RSVP’d, and another million have expressed interest. 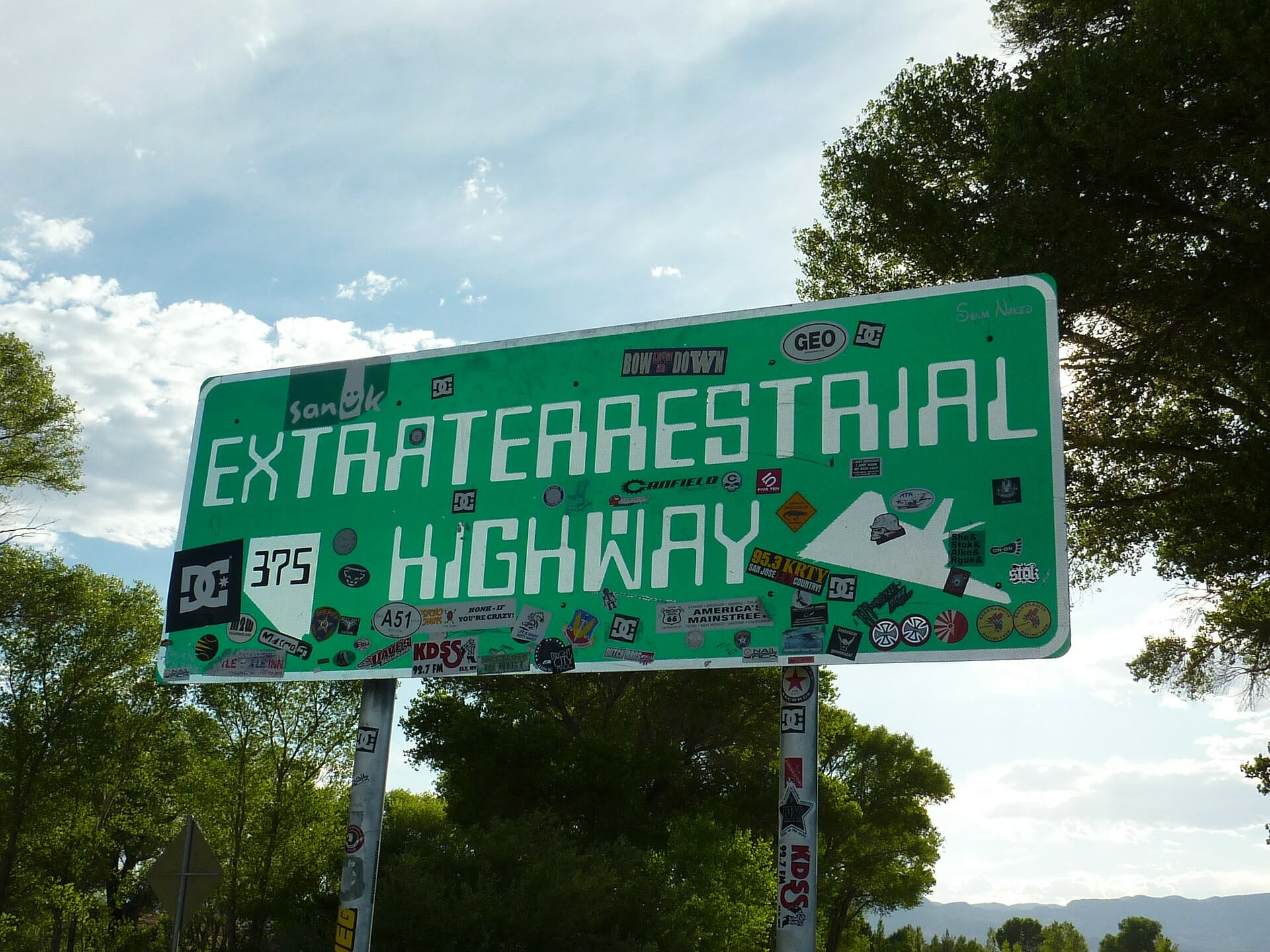 It’s also, obviously, meant as a joke. “If we naruto run, we can move faster than their bullets,” the event reads. “Lets see them aliens.”

The plan obviously has some holes in it—as would anyone who actually tried it. The meme has perhaps gotten a little too big, leading to concern that Redditors might actually make it beyond the gift shops and wander into a heavily-guarded military training site.

“The Nevada Test and Training Range provides flexible, realistic and multidimensional battlespace to test and develop tactics as well as conduct advanced training in support of U.S. national interests,” a US Air Force official told NPR. “Any attempt to illegally access the area is highly discouraged.” (Of course, that’s what someone hiding ALIENS would say, wouldn’t they?!)

As with any popular meme, corporations have been trying to get in on the joke, making their own memes about what they’re gonna dig up in Area 51.

But Bud Light, of all companies, decided to be the sober, responsible one, and wanted no part of the whole thing:

We’d like to be the first brand to formally announce that we will not be sponsoring the Area 51 raid.

Of course, the internet didn’t take kindly to Bud Light being such a buzzkill, pledging to boycott them in favor of more alien-friendly beers:

This raid was never going to be achieved through Bud Light. This was always a Four Loko situation.

In response to this clearly heated controversy, the company did a total 180, pledging free beer to the thirsty alien captives:

Screw it. Free Bud Light to any alien that makes it out. https://t.co/AOWOYL3Oyp

And while some users called them out on their flip-flopping:

Bud Light doubled-down, going all in on making an Area 51-themed beer:

The mock-up can reads: “Greetings Earthlings. This is the famous Area 51. We know of no space beer by any other life form which is brewed and aged to be more refreshing. Our cryogenic aging produces a light bodied space lager with a fresh taste, a crisp, clean finish, and a smooth drinkability. Take us to your leader…for drinks.”

And you can make the can a reality, internet: Bud says that if the photo gets 51,000 retweets.

So go get them aliens, boys!* The beers are waiting!

*But don’t actually do it because you’ll die 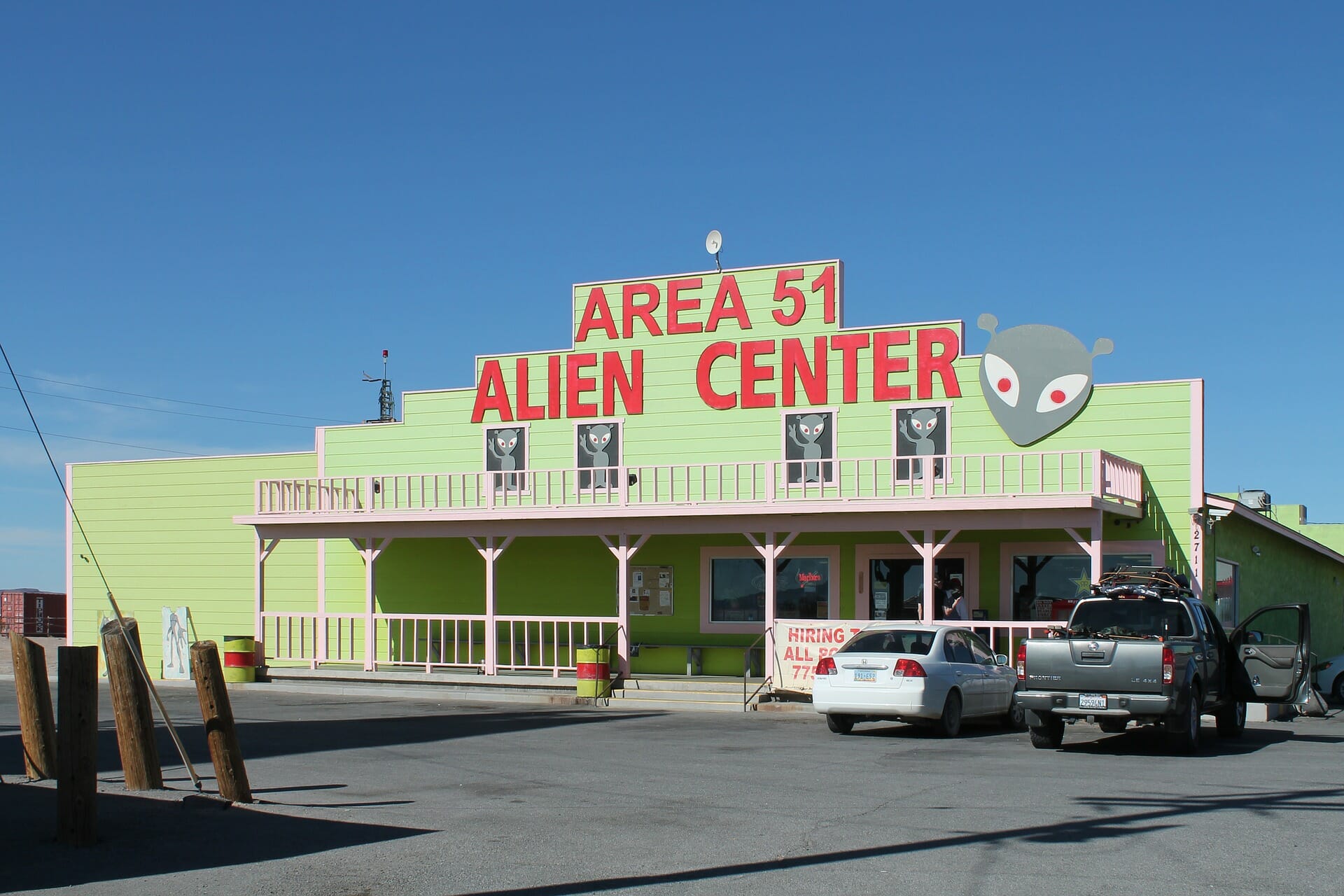