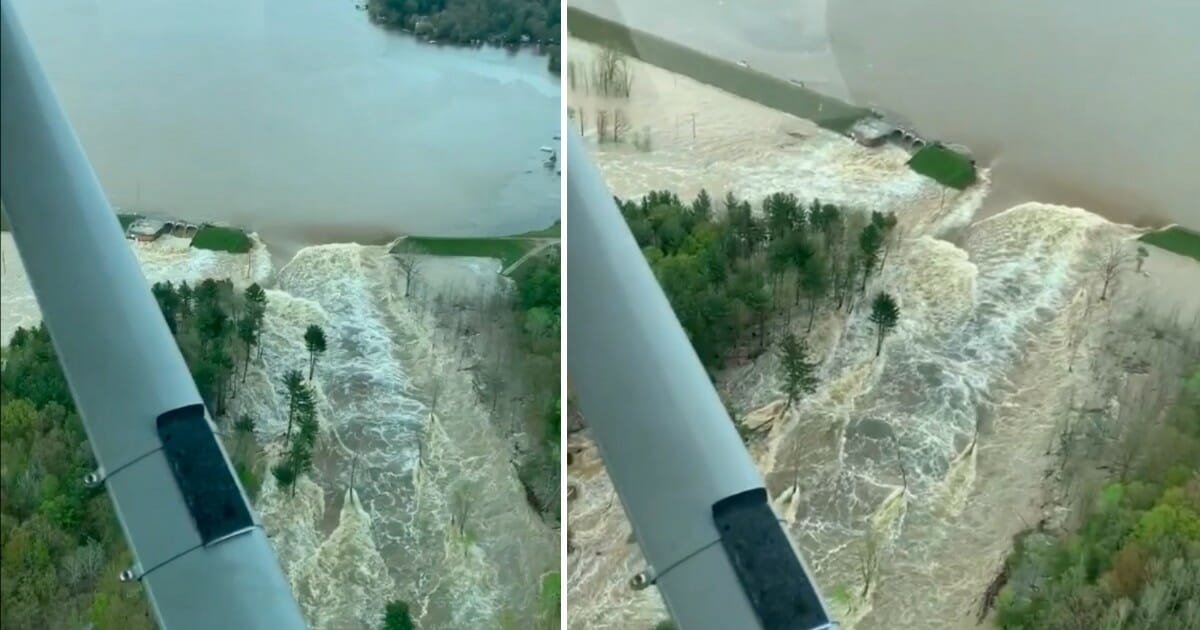 After several days of heavy rain, nearly 10,000 residents of central Michigan were told to evacuate their homes. Rapidly rising waters breached two dams, the Edenville and Sanford, both approximately 130 miles north of Detroit.

Governor Gretchen Whitmer declared a state of emergency for Midland County as the National Weather Service described the situation as “life-threatening.”

“In the next 12 to 15 hours, downtown Midland could be under approximately 9 feet of water,” she said. “We are anticipating an historic high water level.”

“This is unlike anything we’ve seen in Midland County. If you have a family member or loved one who lives in another part of the state, go there now. If you don’t, go to one of the shelters that have opened across the county,”

Many residents who live near the Tittabawassee River, which experienced a 500-year flood in 1986, were caught off guard.

“I have never seen this in 60-years that I have been here,” a resident who lived near the Edenville Dam told WNEM.

“Our whole life was in that house under water. We called the insurance company and they said they won’t cover anything,” said Linda Chartrand. “We’re retired, this is all we have and now there’s no help whatsoever.”

According to reports, the Tittabawassee River was expected to crest Wednesday morning at 38 feet, flood stage is at 24 feet.

The U.S. Geological Survey has reported that the river is discharging at 374,000 gallons of water per second, which is enough water to fill an Olympic-size swimming pool in two seconds.

Like anyone needs another thing to deal with right now. This is absolutely horrible. I pray everyone listened to the evacuation orders and was able to escape.