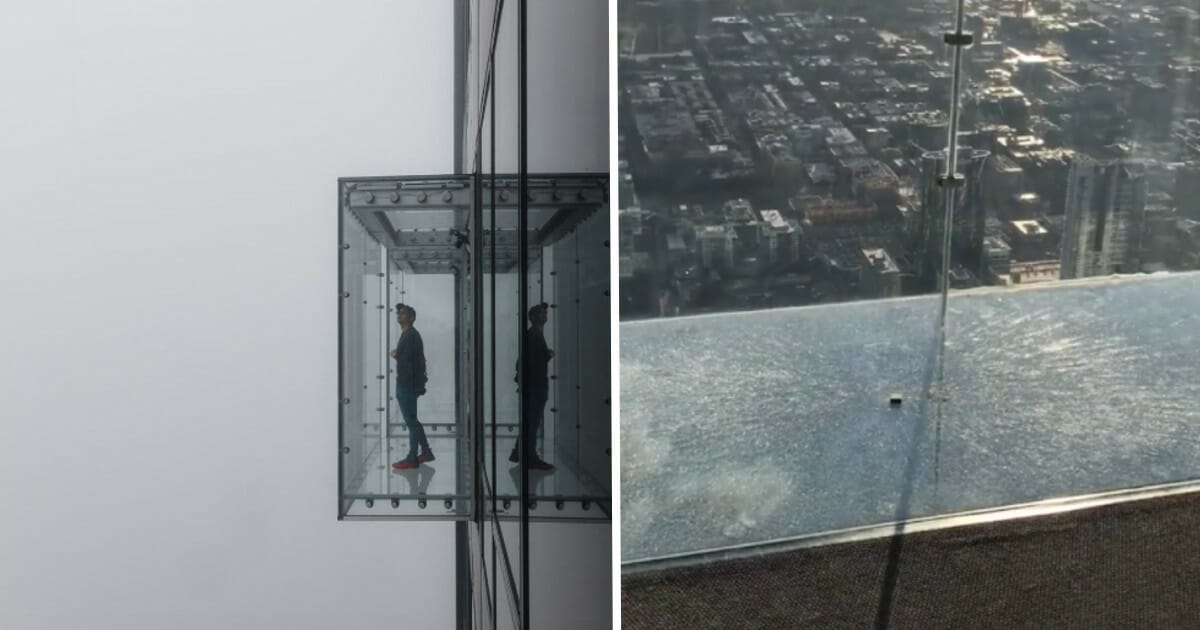 If you’re scared of heights, visiting Skydeck Chicago might not be something on your bucket list. However, after this most recent news, even if you aren’t acrophobic, you might be a little hesitant about stepping out onto a glass panel to view the scenery down below.

On Monday, the protective layer of the skydeck cracked, surprising visitors who were walking on top of it.

It’s not all sunshine and rainbows, but that's okay! As a photographer, I consider the "white-out" in the #TheLedge a rarity! Standing in a box full of fog or clouds in one of the tallest buildings in the world gives you a crazy feeling of excitement. Check out this shot I grabbed of my buddy @NickCrvwford. – @GH_Chapman #StreettoSkyChi

The ledge, which is located on the 103rd floor of the Willis Tower in Chicago, was immediately closed, even though a Willis Tower spokesperson said no one was in danger.

“The protective coating which acts like a screen protector for the Ledge experienced some minor cracking,” Willis Tower spokesperson Terri Cornelius told the Chicago Tribune in an email.

Did you know on a clear day you can see up to 50 miles from the #SkydeckChicago? Meaning you can see Illinois, Indiana, Wisconsin and Michigan. Crazy, isn’t it? Be sure to visit for the best views in the city, and use #StreettoSkyChi to share your photos! – @_amphoto

Even though there was no danger to the public, it didn’t stop people from worrying.

“There was a woman with two kids and they looked really pale and scared because the floor just cracked,” Jesus Pintado, a witness who shared video of the incident on Facebook, said, according to CBS Chicago.

The protective layer was promptly replaced and the tourist attraction was open for business the following day.

This isn’t the first time the protective coating has cracked at this attraction. It cracked in a similar fashion in 2014.

Would this news make you more or less excited to visit the skydeck?

Some have said this adds to the thrill, but I’m not so sure.