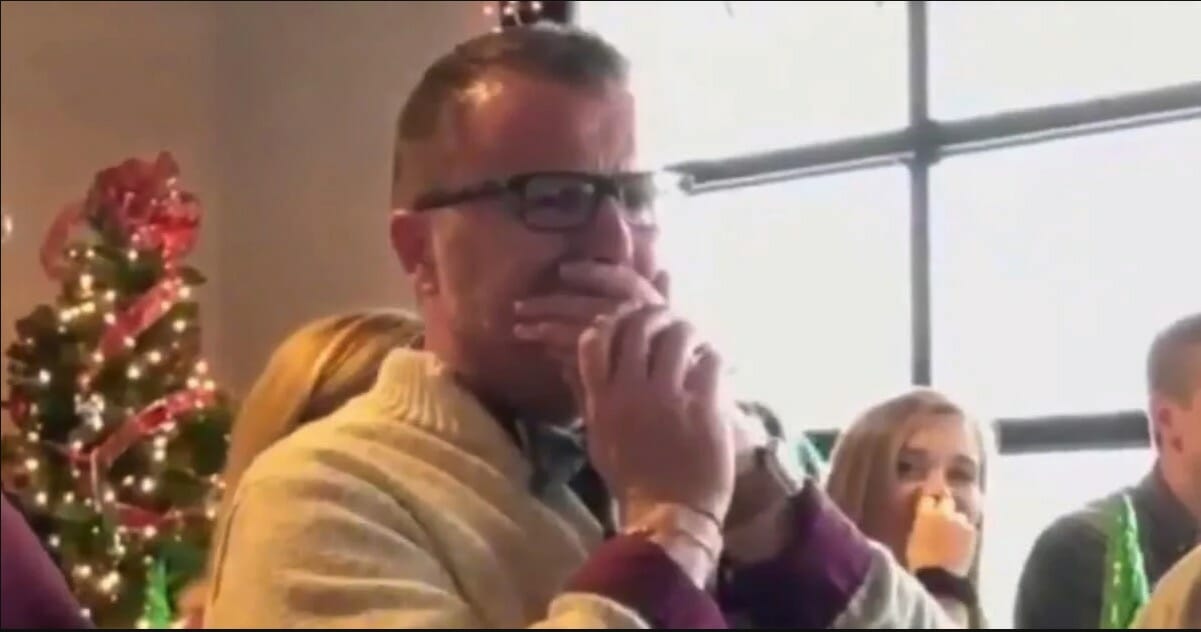 When a group of middle school chorus students from the Hingham Middle School Junior Choral Spectrum in Massachusetts heard their teacher was getting married, they knew they had to do something.

Christopher Landis was set to tie the knot with his husband-to-be, Joe, and his students wanted to thank him for all the hard work he puts in.

With that in mind, they developed a surprise they knew he wouldn’t be able to forget anytime soon. It was at Landis’ wedding rehearsal brunch that their plan was exacted. Boy, did it have the desired effect …

To begin with, the kids showed up at Landis’ rehearsal unexpectedly, before breaking into a magical rendition of the Beatles classic “All You Need Is Love”.

It transpired they’d spent every Sunday for an entire month practising in secret, all so they could get it spot on for a man who deserved it.

The best part about it?

Well, from the very moment the kids begin walking in, all the way through until the end of the singing, Landis is in pieces. He’s shocked and humbled that a group of people would go to such great lengths for him, and the tears soon flow.

It’s evident from the video alone just how much love Landis has for “his kids”, as he refers to them, and how much they adore him in return.

Aside from the feelings shown though, it’s also worth mentioning that this group of children sure know how to sing!

Check out the incredible video below:

We wish Chris and Joe all the very best in their marriage moving forward!

If you think this surprise was great, share this article on Facebook so all your family and friends can see it.