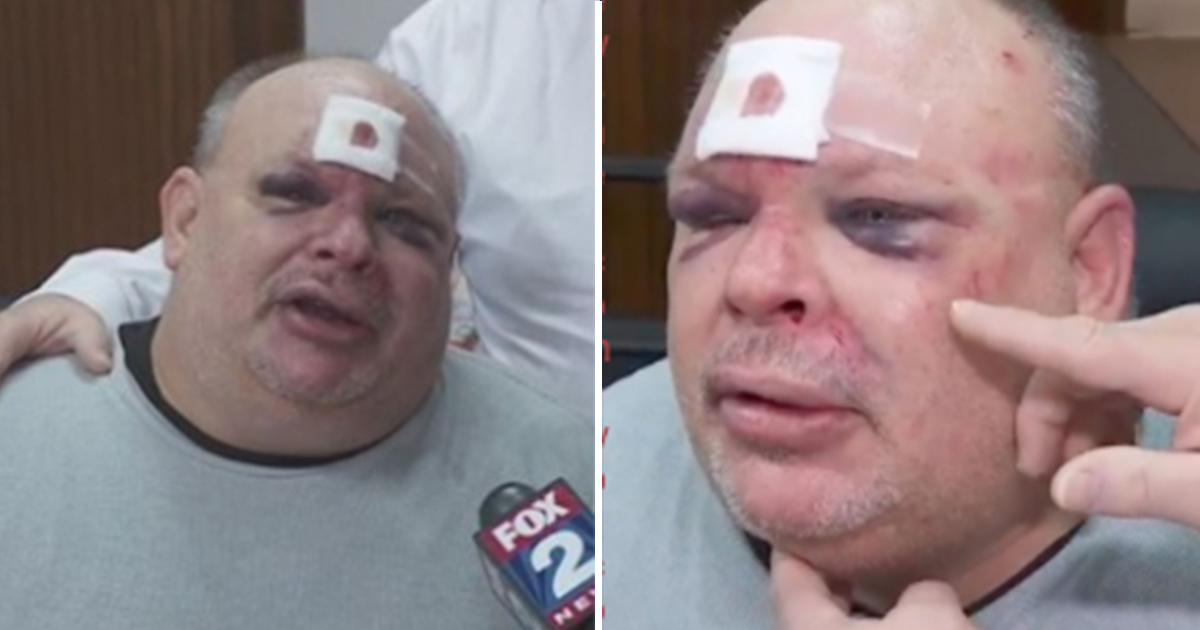 A church minister was thrown to the ground and kicked in the face by two men who then stole his van “loaded with food to feed the homeless.”

Derek Hill, a minister from St. Clair Shores, Michigan, had run out to grab a snack after midnight on Tuesday, January 19, when he came across what he thought was another male driver in trouble.

Instead, it was a trap and the 51-year-old minister was pulled from his van, thrown to the ground and beaten.

“The side of his ears here you can see is all chewed up,” said James Galen, Jr, Hill’s attorney, as per Fox2 Detroit News. “His face has multiple bruises and contusions. His eyes are black. Bloody nose.  His lip is torn up terribly bad so that they couldn’t put stitches in it.

The two suspects, who were with a woman who got away, stole Hill’s van “Last Supper Mobile Ministry” which was loaded with food to feed the homeless and $200 in cash.

As per Fox2 Detroit News Hill found God six years ago and decided to become a minister after experiencing tough times in his life and wanted to help others.

“Please return the van, that is all I ask,” Hill said. “I’m asking homeless people if they need a blanket. I’m giving myself to them. I’m bringing them off the street, I am finding them shelter, I am bringing them groceries.”

Hill’s van is a gold 2006 Chrysler Town and Country with a decal for his ministry on the back window.

“To have them take this van has really pierced my heart,” Hill said. “This van means the world to this ministry, so please, please return this van.”

Anyone with any information is asked to contact Roseville Police Department.

Such a despicable crime that has not only deeply affected one man but the many homeless who rely on his generous donations.

I hope they are caught soon and the van is recovered. Please share.