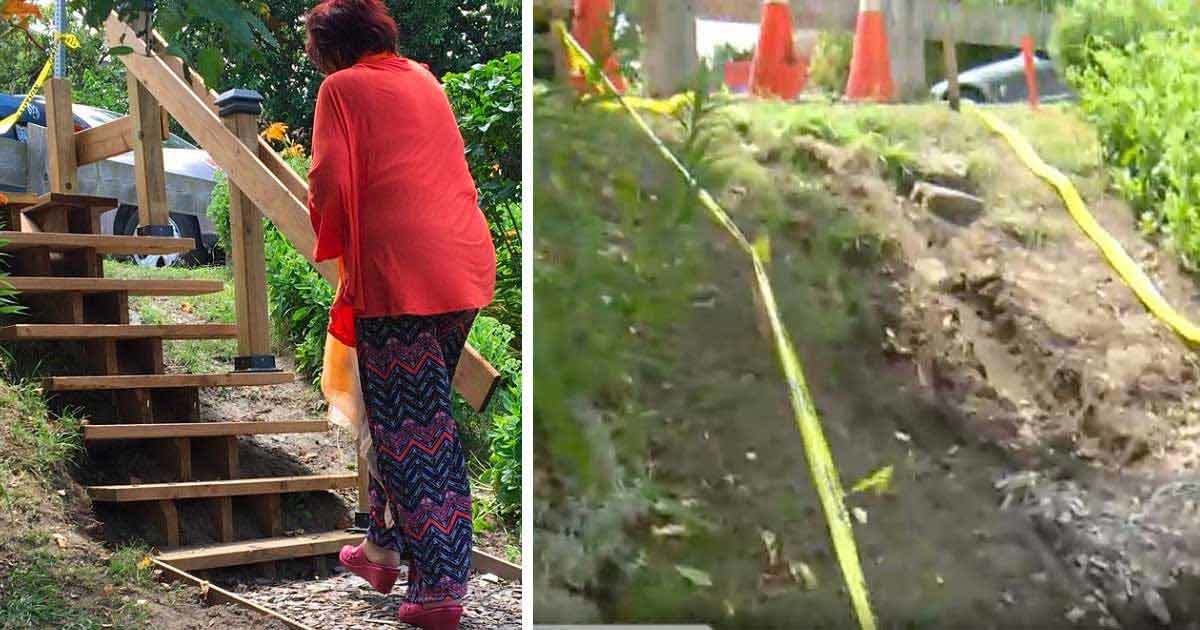 Unfortunately, the way the world is going these days, it’s not unusual for elderly people to be left behind.

If it’s not retirement homes neglecting them, it’s being forced to live in poverty — or having politicians ignore the entire age group altogether.

And that last one is just what happened recently in Toronto, Canada.

When news spread that a Toronto neighborhood was getting a new community garden — and in an area with a large senior citizen population — it was met with applause.

But that happiness soon turned to anger.

It turns out that the city forgot to build stairs to the garden, making access both difficult and dangerous for senior citizens. Among the injuries reported, one man fell and broke his hand.

Local seniors asked the city to build a simple staircase… And you can imagine their surprise when the city refused.

A politician explained that it would cost somewhere between $65,000 and $150,000 to build new stairs, apparently too much for the city to bear.

So one local resident, Adi Astl, took matters in his own hands — and built a staircase in 14 hours for $550.

The city, which was admittedly grateful for Adi’s fine work, realized that the stairs weren’t built up to code — and decided to tear it down.

“At the end of the day, the city has a liability issue. We have to make sure that assets in our public spaces are to code and meets certain safety standards,” Justin Di Ciano told Global News.

This, of course, only angered the local senior citizen community even more.

In the end, the city came around. But the city didn’t spend the sky high amount they previously mentioned, and instead built the new stairs for a more affordable $10,000.

The city started construction immediately so the senior citizens could finally get their stairs.

Mayor John Tory even phoned Adi Astl, whose staircase had been ripped apart.

“I want to thank Mr. Astl for taking a stand on this issue. His homemade steps have sent a message that I know city staff have heard loud and clear,” Mayor John Tory said, according to Global News.

Watch a TV news story about the event here:

Our elderly shouldn’t have to fight to have things done right the first time. They deserve to be treated with RESPECT all the time.

Share this article as an example of how our elderly people should NOT be treated!