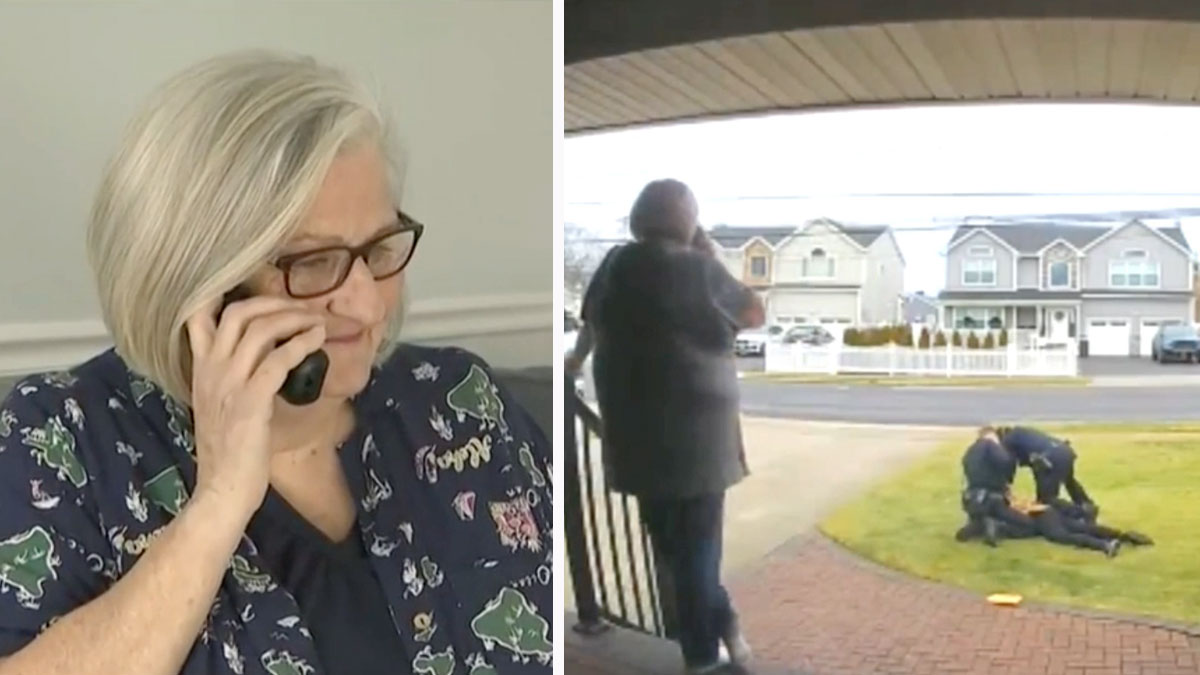 A 73-year-old grandmother from Long Island, New York decided she wanted to have a little fun with someone who takes advantage of unsuspecting victims.

So she played along with his phony business, and then surprised him when he showed up at her house.

“I knew he was a real scammer. I just knew he wasn’t going to scam me,” Jean told CBS2.

Thursday morning Jean received a phone call from someone claiming to be her grandson. They said they had been arrested and they were in jail.

“He starts calling me ‘grandma,’ and then I’m like, I don’t have a grandson that drives, so I knew it was a scam,” Jean, a former 911 dispatcher, said.

Even though her 40-year-old son told her to hang up, she played along.

“And I didn’t hang up. I usually hang up,” she told Fox News.

Jean continued talking to her “grandson” before she was transferred to someone who claimed to be her grandson’s lawyer.

“I told him I had the money in the house, and I figured, he’s not going to fall for that. Well, he fell for that hook, line and sinker.”

Jean contacted the police, who showed up at her house and waited for the suspect to arrive to collect the money for “bail.”

When the man arrived at Jean’s home to collect the money, Jean handed over an envelope. But it was full of paper towels.

The police officers charged at the suspect, and the arrest was caught on Jean’s Ring camera.

Joshua Estrella Gomez, 28, was arrested and charged with attempted grand larceny in the third degree.

Police issued a warning to residents after Jean successfully tricked the scammer.

“Speak to your families. Speak to your neighbors. Visit those that are vulnerable. Let them know, don’t listen to these scams,” Nassau County Police Commissioner Patrick Ryder said. “These individuals sit at home and have nothing else to do but think of a way to take advantage of our elderly.”

Jean hopes others see her story and learn from it, though it’s always best to contact police if you suspect you’re being scammed.

Way to go, Jean! That scammer messed with the wrong person. Hopefully it’s the last time they try and fool someone.

Please share this story with all your friends and family as a reminder to remain vigilant.