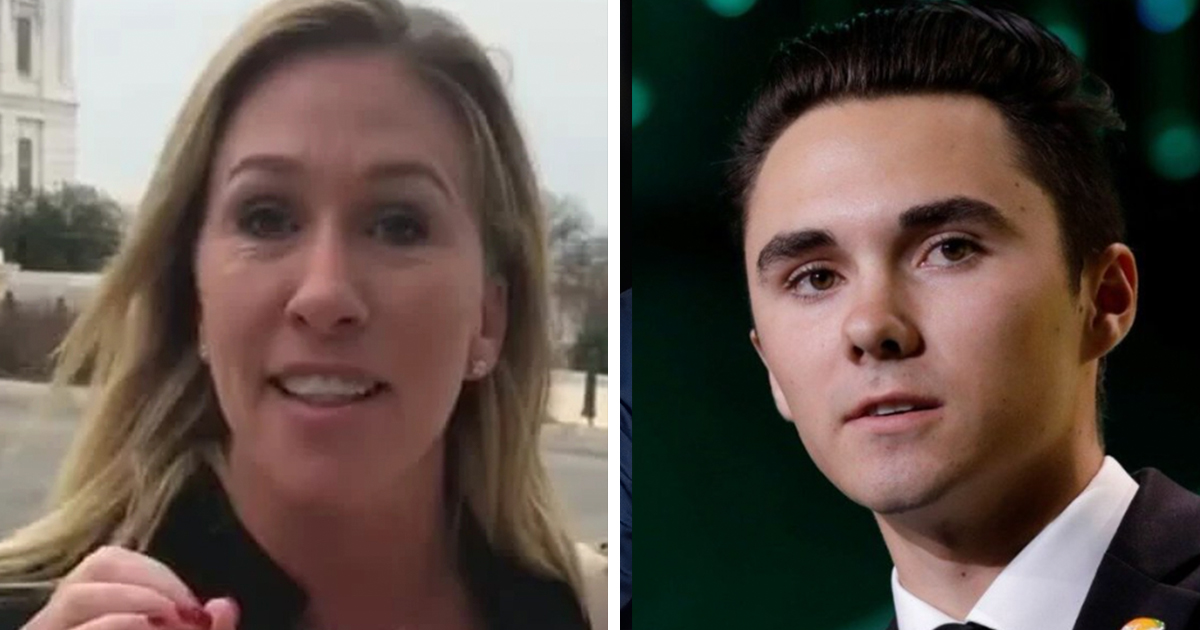 Republican Congresswoman Marjorie Taylor Greene can’t keep her name out of the headlines at the moment, and we’ve yet to see a headline that’s positive.

Shocking new footage has shown Greene harassing and mocking a survivor of the Parkland school shooting.

NBC news have released the damning clip, in which Greene referred to survivor David Hogg – a teenager at the time the footage was filmed – as both a “dog” and an “idiot”.

As per reports, the video is from a 2019 interview with Georgia Gun Owners Inc, during which Greene says Hogg is “like a dog,” and that he “only talks when scripted.

During the interview, the Congresswoman then suggested that Hogg was campaigning for gun control only because he was being paid to do so.

She proudly stated: “I confronted David Hogg twice, and he ran away from me.

“I’m looking at this idiot David Hogg leading these girls who are clueless, absolutely clueless, into giving up the greatest thing that protects them, and as an American woman, I know that… no one’s covering my story. I want my Second Amendment, but none of you people are covering my voice…you’re only covering their voice because they’re paid for.”

In response to the video, Hogg himself tweeted that he didn’t know specifically why Greene was so obsessed with him, labeling it “creepy”.

The now-20-year-old also backed calls for her to be expelled from the House of Representatives.

Congresswoman Greene has taken criticism from members of her own party this week for her controversial stance on the school shootings at Parkland, during which 17 people were killed, and the Sandy Hook massacre.

Senate Minority Leader Mitch McConnell said Greene was “not living in reality”. Senator Mitt Romney, meanwhile, said the Republican party should move to “make it very clear that she does not represent us in any way.”

What do you think about Marjorie Taylor Greene’s despicable behavior? Should she be removed from the House of Representatives?

Share this article so more people can see the truth for themselves.