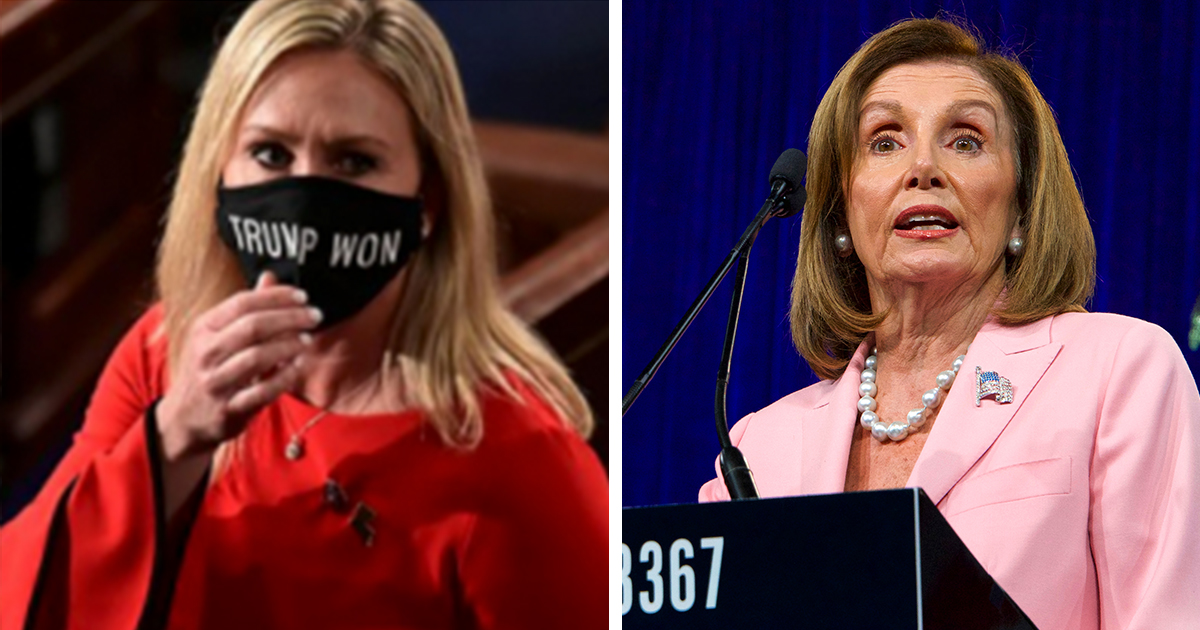 A Democratic lawmaker wants to expel QAnon supporter and Georgia Republican Marjorie Taylor Greene from Congress claiming her presence is a ‘direct threat’ against elected officials and staff.

Greene was elected to Congress in the November 2020 elections, and took office on January 3, 2021. She was one of the 139 representatives who challenged the results of the 2020 U.S. presidential election in Congress the day after the storming of the U.S. Capitol on January 6.

The 46-year-old construction company owner repeatedly makes headline news for her endorsements of QAnon, signals for executing Democrats and most recently her intention to impeach U.S. President Joe Biden.

Greene claims Biden committed an “abuse of power” as vice president of the Obama administration to “personally enrich himself and his family.”

Now California congressman Jimmy Gomez has announced a resolution which would see Greene expelled from Congress.

In a news release, Gomez said he was introducing the move in light of her “repeated endorsements of sedition, domestic terrorism, and political violence.”

He said that Greene had amplified conspiracy theories that the September 11 attacks were an ‘inside job’ and the ‘mass shooting at Marjory Stoneman Douglas High School was staged.’

Gomez added that in light of recent media reports it has been confirmed that: “Congresswoman Marjorie Taylor Greene had previously supported social media posts calling for political violence against the Speaker of the House, members of Congress, and former President Barack Obama.”

According to a CNN report Greene liked a comment back in 2019 that said “a bullet to the head would be quicker” to remove House Speaker Nancy Pelosi.

Gomez continued: “Her very presence in office represents a direct threat against the elected officials and staff who serve our government.”

He also referred to a Facebook post from 2018 when he says Greene replied to a supporter who asked how they can “hang” former President Barack Obama and House Speaker Nancy Pelosi, saying the “stage” was being “set” and that it would need to be done “perfectly.”

“In September of 2020, Congresswoman Greene posted a meme of her with a gun pointed towards progressive members of Congress,” Gomez said.

“And in June of 2020, Politico unearthed past clips of Congresswoman Greene espousing racist, Islamophobic and anti-Semitic attitudes, saying in one video that Muslims should be barred from serving in government.”

Greene responded with a statement declaring CNN as ‘fake news’, writing: “Over the years, I’ve had teams of people manage my pages. Many posts have been liked. Many posts have been shared. Some did not represent my views… I will never back down to the enemy of the American people and neither should you.”

And it’s not just Gomez who feels strongly about her presence in congress Representative Don Beyer, D-Va., called for her resignation Tuesday, writing to Greene on Twitter, “Your conduct does not reflect creditably on the House, and you should resign.”

On Wednesday it was announced Greene was placed on the House Education and Labor committee, which has jurisdiction over schooling issues in the country.

Expelling Greene would require a two-thirds vote in Congress, and while the Democrats control both the House and Senate, Gomez’s resolution has a slim chance of passing the chamber where Democrats hold only a slight majority, Politico reports.

What do you think about Marjorie Taylor Greene having a place in congress? Do you think she is a threat? Post your comments below and please share this story.