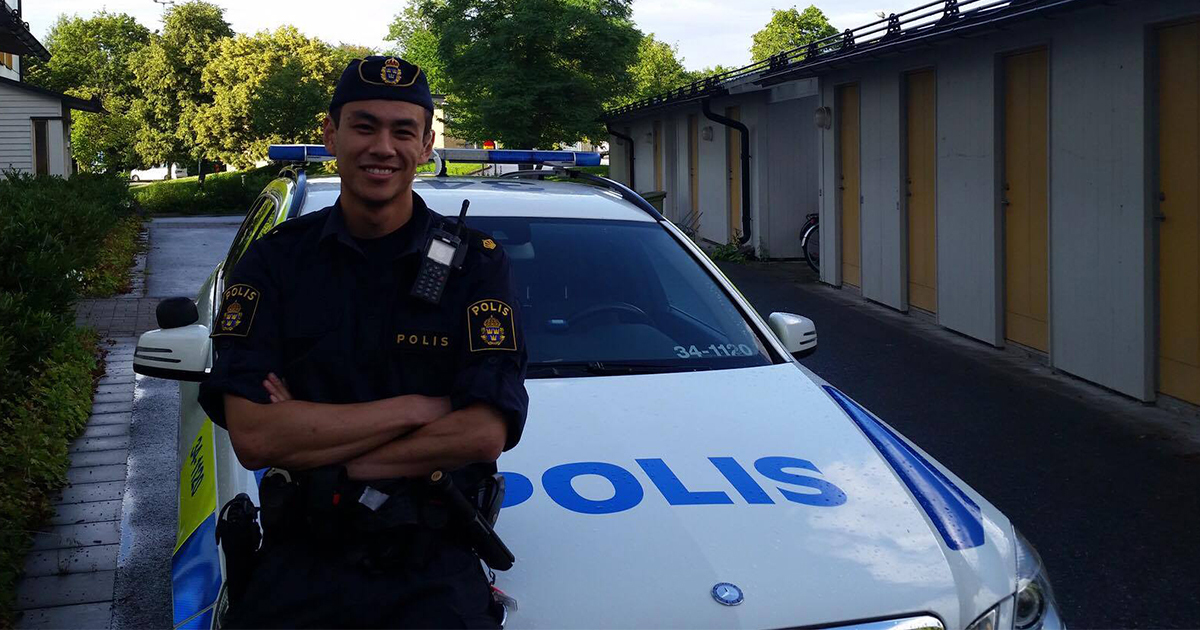 Police officer Boxiao Pan was about to give a speeding ticket to a driver who burned past him going 120 on a 70 km/h highway.

But when he stopped the car, he got a surprise.

Sitting behind the wheel was an extremely pregnant woman who was about to give birth.

Last Wednesday night, Swedish police officer Boxiao Pan was driving on a highway in Stockholm when he noticed a car going much too fast.

Pan chased the car, which he was estimated to be going 120 on a 70 km/h highway.

But when he stopped the car, he got a surprise.

The driver was a pregnant woman—and she was writhing in pain.

“I was mentally prepared to meet a person who was ashamed of getting caught and who would try to explain away why they were going so fast. I didn’t expect to see a pregnant woman who was about to give birth,” Pan told Newsner.

Officer Pan asked the woman if she was about to have her baby, but the woman was in too much pain to respond. So Pan persuaded her to let him drive her to the hospital.

“At first, she didn’t want to leave her car, but I said I’d take care of it and put the focus on her,” Officer Pan told Newsner.

She agreed, and Pan called ahead to the hospital to let the staff know that they were on their way.

“I probably had a little panic in my voice and said that the baby was probably going to be born in the car,” Pan told Newsner. “I drove her to the maternity ward with my siren on and skidded into the parking lot. The staff flew out to help us.”

The woman immediately received attention from the maternity department. Meanwhile, Pan’s colleagues went and got her car and drove it to the hospital.

“We sometimes meet women who are in labor, but never while they’re driving themselves to the hospital. I was probably panicking almost as much as her when I drove her to the maternity ward. I really made an effort to seem calm,” he said and laughed.

Once the woman went inside, Pan realized that he’d forgotten an important detail—and he almost missed out on hearing how the story ended.

“Everything went so fast that I never got her name. But the hospital took my information,” he said.

The hospital later let Pan know that the birth went well and that both the mother and her baby are doing well.