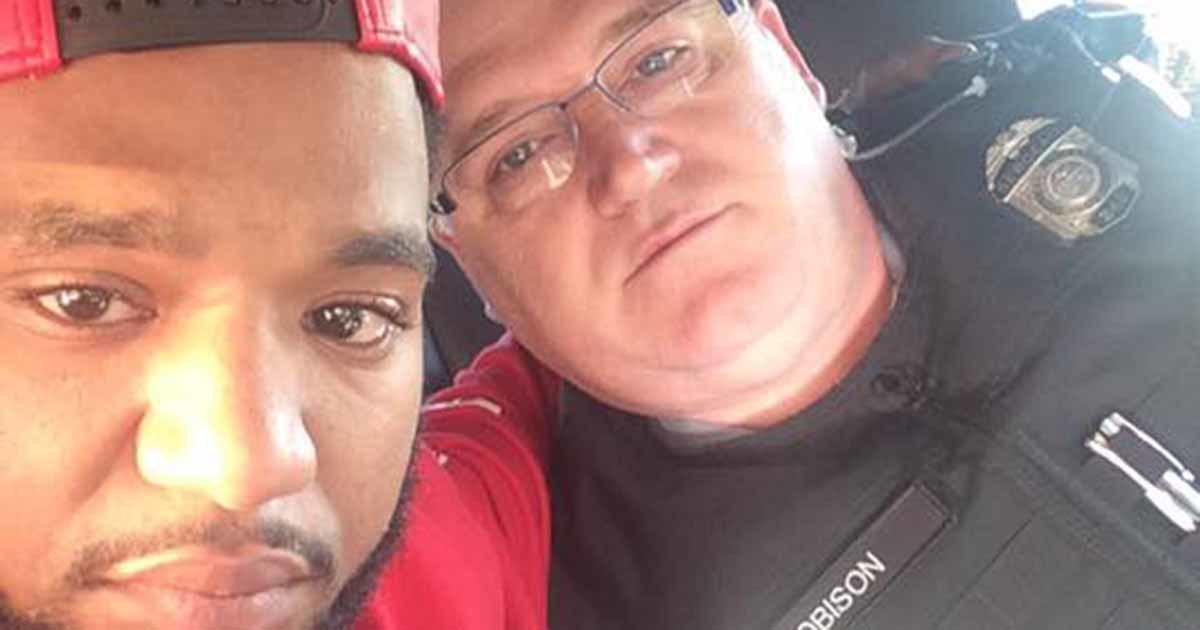 When Mark Ross got the tragic news that his 15-year-old sister had been killed in a car accident, his first thought was to get to his family as quickly as possible.

But while travelling through Ohio – with Mark in the passenger seat and his friend driving – they were pulled over by the cops.

“Of course we were speeding, trying to get back to Detroit. And we got pulled over in Ohio. I knew I was going to Jail due to a petty warrant,” Mark said on Facebook.

His friend also had a suspended driving licence, so it didn’t look good for the pair. That’s until the arresting officer showed some incredible compassion.

The police officer called Wayne County – which is presumably where the ‘petty warrant’ for Mark came from – but they refused to come get him because of the distance.

It was then that Mark broke down and explained exactly what had happened before he and his friend set foot in the car.

On Facebook, Mark said: “I explained to the officer that my sister had died and that I needed to get to my mother asap.

“I broke down crying and he saw the sincerity in my cry. He REACHES OVER AND BEGAN PRAYING OVER ME AND MY FAMILY.

“He offered to bring me 100 miles further to Detroit because they towed the vehicle. Everybody knows how much I dislike Cops but I am truly Greatful [sic] for this Guy. He gave me hope.”

What an amazing cop!

Please share this story of compassion with your family and friends – it could warm their heart, too.