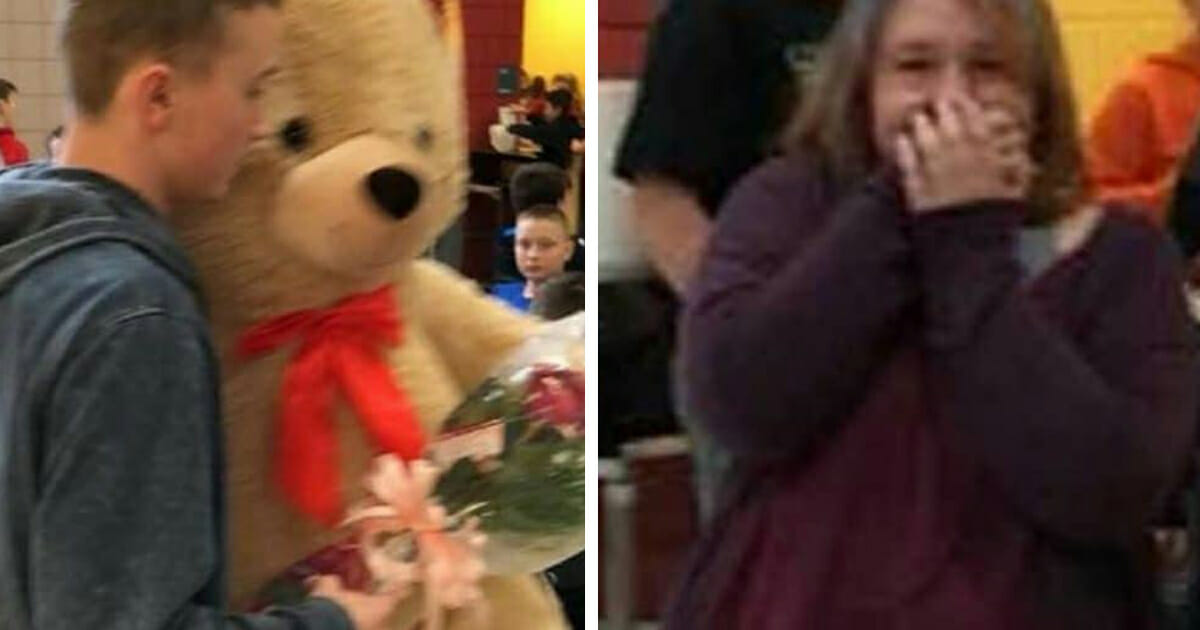 Try as we might, it’s extremely difficult to completely eradicate bullying from society. This is especially true when it comes to children, some of whom don’t know any better, some of whom are simply seeking acceptance from their piers.

As a result, children can be bitterly cruel creatures. Just as Abby Howell, who received a heartbreaking call from one of her friends, Kristin, on Valentine’s Day, found out.

Kristin’s daughter is a 12-year-old middle-schooler named Aislinn, who happened to be excitedly anticipating Valentine’s.

There’s often a buzz around school’s when it comes to Valentine’s Day. Kids exchange gifts and sweets, and the day is so often full of nervous excitement and lots of laughter.

On Tuesday night, Aislinn stayed up later than usual to bake enough cookies for all of her classmates. She couldn’t wait to get to school and hand them all out, and was also looking forward to seeing what the others might have got for her.

Aislinn gave out her cookies, but she didn’t get a single thing back. Then, at the end of the day, she got onto the school bus and was told by a cruel boy, “Don’t fall. We’ll have an earthquake.” She stumbled past him, only for a girl to yell, “You didn’t get any Valentines because you’re a fat*** f***ing b**ch.”

Aislinn just about made it home before bursting into tears. Her mom Kristen wasn’t able to hold back her own once she heard the story, and later turned to her life-long friend Abby.

When Abby heard the tale, she called her own daughters to share what had happened. They in turn organized a video chat with Aislinn to raise her spirits.

Going one further, however, was Abby’s 15-year-old son Isaiah, who was so shocked and angry that he knew he had to do something to make Aislinn’s life easier.

Isaiah is home-schooled, but the next day he waited until lunch before heading to Aislinn’s school. He found her in the cafeteria and, without warning, approached with something in his hands.

“Aislinn is still on cloud nine,” Abby said. “Our families have always been close and we all love each other very much and cannot stand for the hurt that was caused to Aislinn.

“We just wanted to make her smile again and know she is loved. I am so proud of my son for what he came up with and what he did for her.”

Watch the video of Isaiah surprising Aislinn in the school cafeteria below:

A huge thank you to everyone who stood up for Aislinn in her time of need!

We need to work together to stop bullying in all forms sooner rather than later. Share this article with your family and friends on Facebook if you agree.