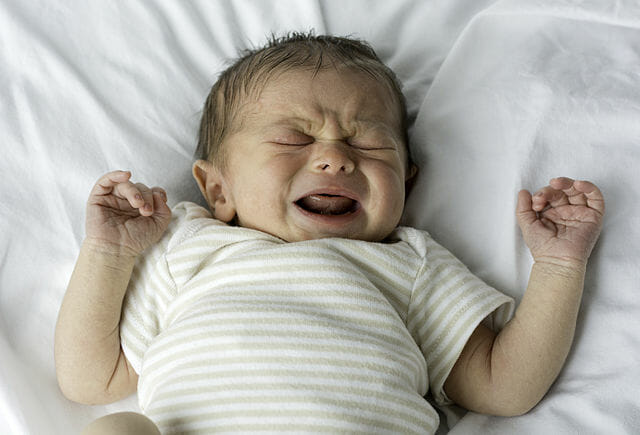 Most women who have raised a child can understand the often urgent need to find a place to change a baby. Often, that place is a changing table in a bathroom.

Men, however, do not often have access to changing tables in public places, as men-designated restrooms are typically not equipped with them.

Recently, one such unlucky father shared his own changing table horror story on Reddit. Explaining that he “was at a large store yesterday with my 5mo son when he did what babies do,” and he immediately rushed to the bathrooms.

Without a family restroom in the area, he went immediately to the men’s room, but found that “there was a cubicle and a few urinals, but no changing table. The sink didn’t have a counter either.”

An employee attempted to show him that there was a changing table in the room before realizing he was incorrect. Unfortunately, the Reddit user saw no options left other than to enter the women’s restroom at the store.

He entered the ladies’ room carefully and found a changing table at last. He explained his intentions to the lone woman in the room who was washing her hands, and she left shortly after. He quickly began changing his son, all while “hoping to be done before anyone else walked in.”

Of course, he was not so lucky.

Before he could finish, a new woman walked in and did not wait before yelling at him, exclaiming, “Get out! You can’t be here!”

The woman ran out of the room before the father could explain himself, and he walked out with his child and only some of their belongings to see the woman frantically conversing with a store employee.

Making the choice to leave his things behind, the man left with his child unsure of who was in the wrong. He claimed that his mother called him an idiot while his wife said that he was in the right.

On his Reddit post, most users largely sided with the father, with one user explaining, “That store is 100% to blame for this. I wouldn’t be shocked if they’ve received complaints about this in the past and haven’t done anything about it.”

Another said, “If anything you did wrong by rushing out as if you did something wrong. You should have told the employee that there’s no changing room in the men’s and that they should do something about that.”

What do you think the father should shave done in this scenario? Was he in the right for leaving as he did? Let us know in the comments!