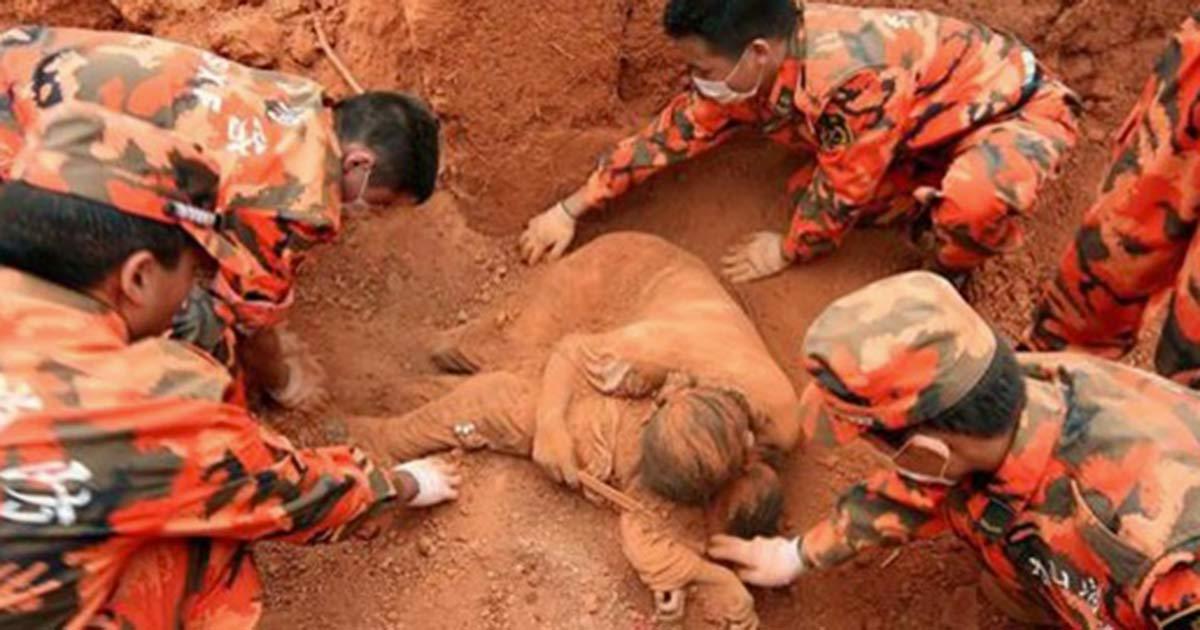 Few things that are stronger than maternal instinct.

When a rescue team searched for survivors after an earthquake in East Asia in 2011, they had clear proof of this.

It was while rescue workers dug through the rubble of a collapsed house that a woman was discovered, laying in fetal position.

Tragically, it was impossible to rescue her – she was already dead. But as they continued to dig, they made another discovery, which shocked the rescue team.

Under the woman, lay a tiny baby. The mother had clearly been trying to protect her child when the earthquake occurred. The rescue team then discovered that the 3-month-old baby had a pulse, according to Narialand.com.

Despite it being estimated that the two were buried for 24 hours – the baby miraculously survived.

Doctors quickly attended to the small child. And next to her son, wrapped in a blanket, they found a cell phone with a message on the screen.

When one of the rescue workers read it, he broke down in tears:

“If you survive, never forget that I love you.”

Thanks to this mother’s rapid action, the boy did survive – and her courage has since been hailed by thousands.

Please share this powerful story if you also believe that a mother’s love for her children conquers all!