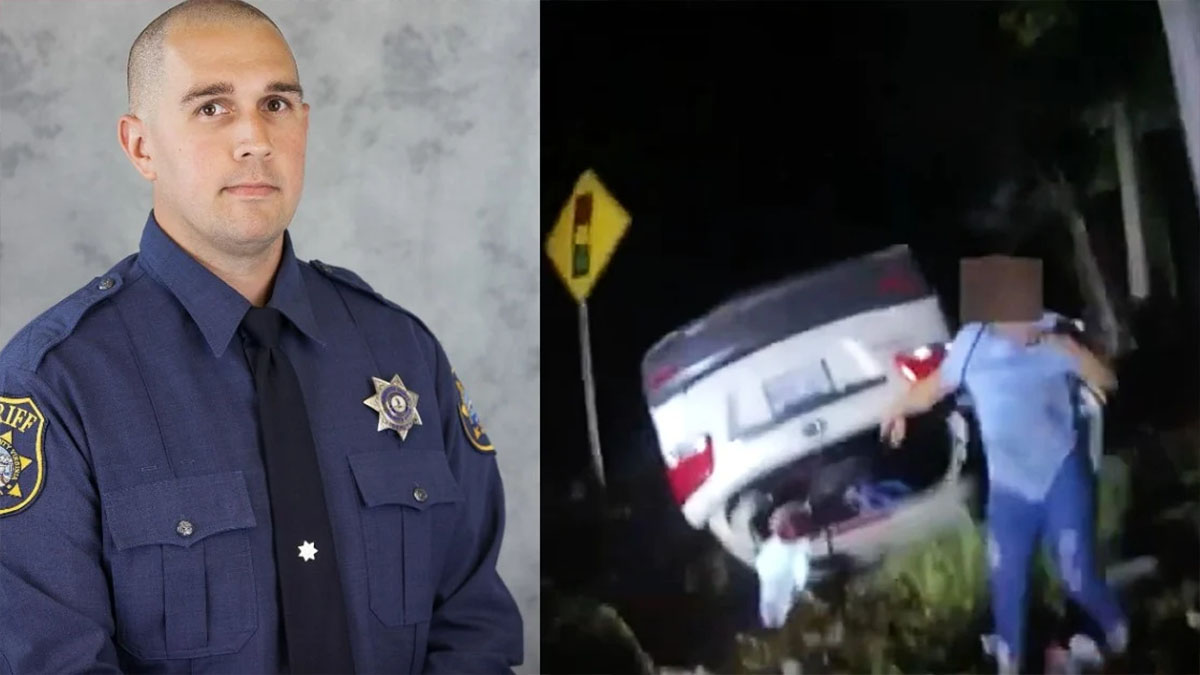 They say in some life or death situations people develop herculean strength and become the hero of the hour, but in Deputy Jon Holt’s case he believes there was a guardian angel looking over his shoulder.

Deputy Holt managed to single-handedly lift an SUV which had rolled over trapping the driver underneath.

It was Mother’s Day weekend in 2021, and the deputy was on his way back from another call when he witnessed an accident.

An SUV lost control on the other side of the road and crashed on George Washington Memorial Highway in Gloucester, Virginia.

Deputy Holt rushed to the scene, where the vehicle had flipped and landed upside down trapping a woman’s head underneath. Her terrified children were screaming for help.

“I see the female laying with her head pinned underneath the vehicle,” Deputy Holt recalled.

Deputy Jon Holt said his military training immediately kicked in as the woman’s children were screaming to help her.

“I have to be that reassuring figure, even though inside I’m frantically figuring out what I need to do,” he said. “At that point, I put my shoulder into the door frame and all I’m thinking to myself is ‘I just have to stand up.’”

Deputy Holt was determined to save the woman.

“I have to be that reassuring figure, even though inside I’m frantically figuring out what I need to do,” he said.

Deputy Jon Holt’s bodycam recorded the entire terrifying incident. With the kids screaming for help, the deputy raced to the vehicle and tried to lift it up. However, the SUV weighed roughly 4,000 pounds. His first attempt failed and you can hear him say, “I can’t get it off.”

The woman’s distressed son continues screaming, “Mommy” and it’s absolutely heart-wrenching. But after Deputy Holt calmly leads the distressed youngster out of the vehicle, he does something amazing.

“At that point, I put my shoulder into the door frame and all I’m thinking to myself is ‘I just have to stand up’,” he says.

The deputy lifts the car off the woman and she immediately begins gasping for air.

This isn’t the first time Deputy Jon Holt has performed heroic actions; the year before he rescued a family from a burning house and before that he performed CPR on a man saving his life. His actions have earned him the local and regional award of Top Cop 2020.

Yet, the deputy denies he’s any kind of hero, saying he just must have a guardian angel by his side.

“I’m no hero,” the Deputy said. “I’m just an average cop that gets put in extraordinary situations.”

This video is so harrowing to watch but it’s truly unbelievable the strength that this deputy finds to save the woman. I cannot imagine how frightened her children must have been. He deserves all the praise for his actions.