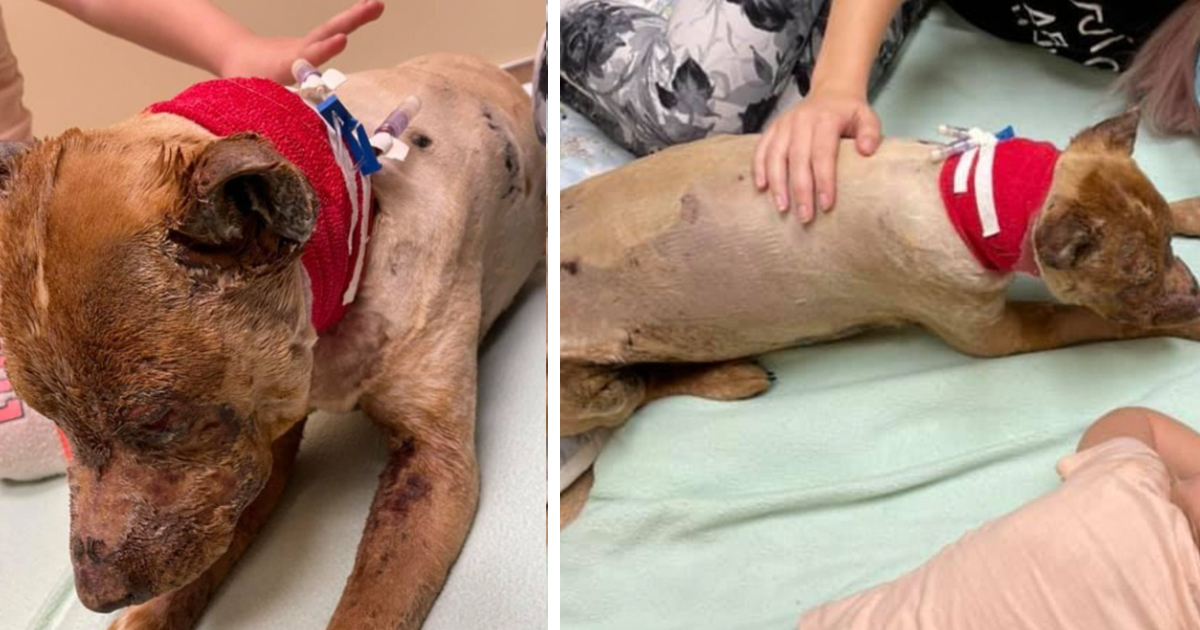 A dog that was intentionally set on fire by its owner’s disgruntled ex-boyfriend and dumped near a Utah highway will have to be put down due to the severe extent of her injuries.

According to terrible reports, red heeler Dixie was found on March 1 close to Interstate 80. Her owner’s ex-boyfriend, Michael Busico, set the poor dog on fire as a way to get back at his former partner, police say.

After being rescued from the roadside, Dixie was rushed to Salt Lake City animal hospital, where her condition was listed as critical.

As a result of the callous and despicable attack, Dixie had suffered second and third-degree burns to most of her body.

Trista Heywood provided an update last week where she explained that Dixie’s kidneys were failing, and vets were worried that the burns would become infected.

Then, in a Facebook post on Monday, Trista confirmed that her dog would have be put down – her injuries were simply too severe for her to have a good quality of life moving forward.

“This is a very hard thing for me to post and tell everyone but we are going to have to say our goodbyes to our sweet Dixie girl,” the heartbroken Trista wrote.

“Our hearts are so broken and we have no words, this is news that we didn’t want to hear.

“We are at a loss, we were praying so hard that she would make it out of this because she didn’t deserve any of this to happen to her. She is suffering and we can’t continue to let her suffer… we love you so much Dixie and just know you are always in our hearts.”

I simply cannot fathom why anyone would seek to intentionally hurt an animal in such a way. The cruelty is beyond words, and one can only hope Trista’s ex-boyfriend is met with the appropriate justice.

What do you think to this despicable act of animal abuse? Let us know your thoughts on what would be an appropriate punishment in the comments box.