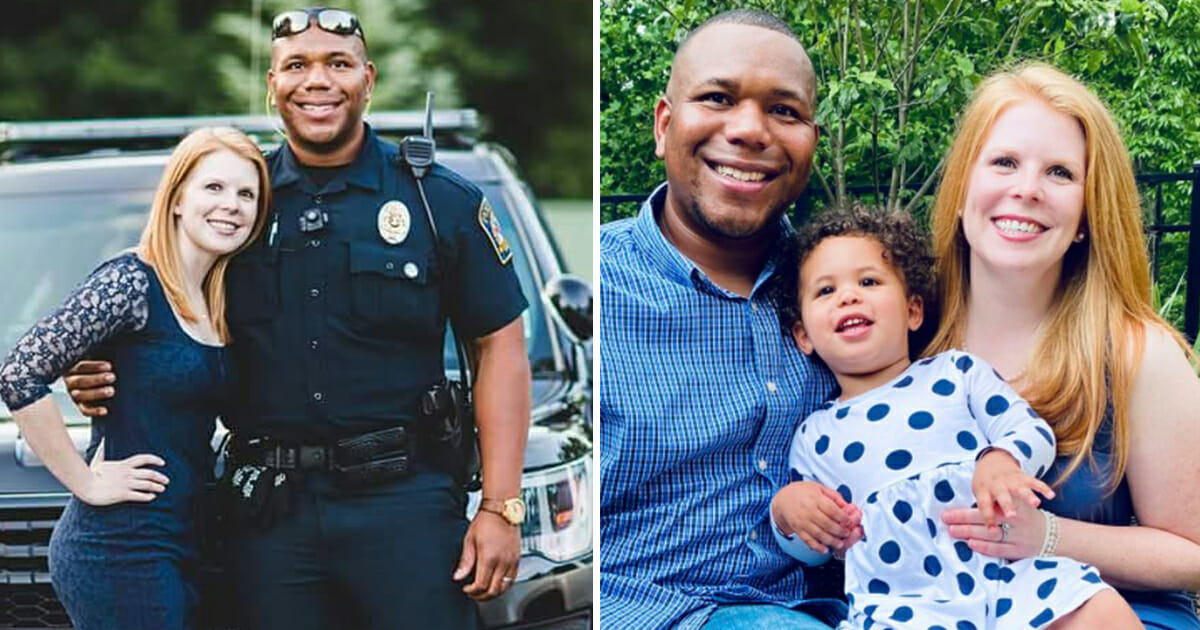 If there’s one thing the past few weeks have made clear beyond any point of confusion, it’s that here in the U.S. we still have a major problem regarding racial prejudice.

The death of George Floyd – coming after those of Ahmed Arbery and Breonna Taylor – was nothing if not a wake-up call of the very most shocking order.

And yet discrimination against black people based on the color of their skin has plagued us for centuries. The idea that racism is no longer a deep-rooted problem isn’t merely naive … it’s plain silly.

Last week, the former police officer Trent Davis wrote an important and in many ways heartbreaking post about what it is like to be black in the United States. His important words spread like a wildfire and after reading what Trent’s words, I couldn’t help but share it with you:

“The past few days, my wife and I have spent our time having discussions, processing, and praying together for our country and our future. My wife was the first one to tell me what happened, and it has taken me some time to fully process my thoughts and feelings on such an intense issue that has reached a boiling point in our country.

First, a little about me. I was born into a multi-racial family. My mother’s father, my grandfather, is Caucasian. His wife, my grandmother, is from a small fishing village in Thailand. My father is African American, and I am married to a beautiful redheaded, white woman with a multi-racial daughter named Lorelai. It doesn’t matter what I actually am, or what my family looks like. When people see me, they see my skin, and they see black.

As a black man, life has not always been easy. Growing up, I had several experiences that quickly taught me my skin color made me different. On one hand, I never felt ‘black’ enough to be accepted by the black community or by my fellow black peers. On the other hand, more than once, I have found myself looking around a room and feeling like the ‘token black guy.’ One story that comes to mind occurred when I came from college one weekend.

I went to a small family birthday party with one of my close white friends. The party was for his cousin, and his whole family was attending. Shortly after arriving, my friend’s father was told I was not welcome because I was black, and demanded we all left. All of those who were with me were outraged. On the ride home, everyone apologized to me with tears in their eyes. No one, including me, understood how someone could hate me without even knowing my name. I’ve been ignored, called names, and spit on; not only as a black man, but also as a black police officer.

As a former police officer, I have experienced the hatred of law enforcement first hand. I have been told by other black men and women, I ‘wasn’t black’ because I worked for ‘the man.’ While in uniform, I have been called a traitor and other derogatory names. I would frequently take stickers and candy to areas in the black community to give out to children. I wanted to build relationships within these communities. I wanted to show the kids I was there for them, and not to be afraid of the police. After giving out the stickers and candy, it was not uncommon to see the parents of these children rip the stickers off their shirts or pull the sucker from their mouth. The parent would always state, ‘We don’t talk to the police.’ Most times, black citizens would not acknowledge me in uniform, or would flat out tell me to leave. I was treated differently, solely based on my career.

I tell you this to show you hate does not see color, and it is taught at a young age.

If you want to know where I stand, just know I am a true prodigal son of God. I am a man who knows right from wrong, and I believe in justice. Yes, I believe George Floyd’s life was taken far before his time. Yes, I believe those officers involved need to be punished. I am a former cop turned plumber/HVAC who is running for county commissioner to ensure his baby girl has a place to call home. A man who was tired of complaining and waiting for someone else to make a difference. A Christian man with one thing in mind: to make a better future for his family. A man who wants his child to grow up and see her father not as black man, or a police officer, or a politician, but as a God-fearing man. A father who stopped at nothing to give her a brighter future.

In times of social unrest, we as Christians are called to be an example. Words on social media, including this post, are just words arranged in a creative order. Positive actions must follow. Actions speak louder than any social media post.

It starts with your heart and your home. Don’t be colorblind. Instead, see the person for who they are. Appreciate the differences, and love as Jesus has commanded.

Treat your neighbor as you would want to be treated. Teach your children to love their fellow man. Educate yourself. Check your own heart and mind. Have hard conversations. Act. Pray. Make a change. Do better.

My daughter’s future depends on it.”

Thank you so much for your openness and your honest conversation about racism. I believe we would benefit so much by having the hard conversations about what it is really like growing up black in America.

I know God’s hand is in all this sadness and we pray for Him to heal our land and unite our country, finally. God bless you and your beautiful family and thank you for your service.