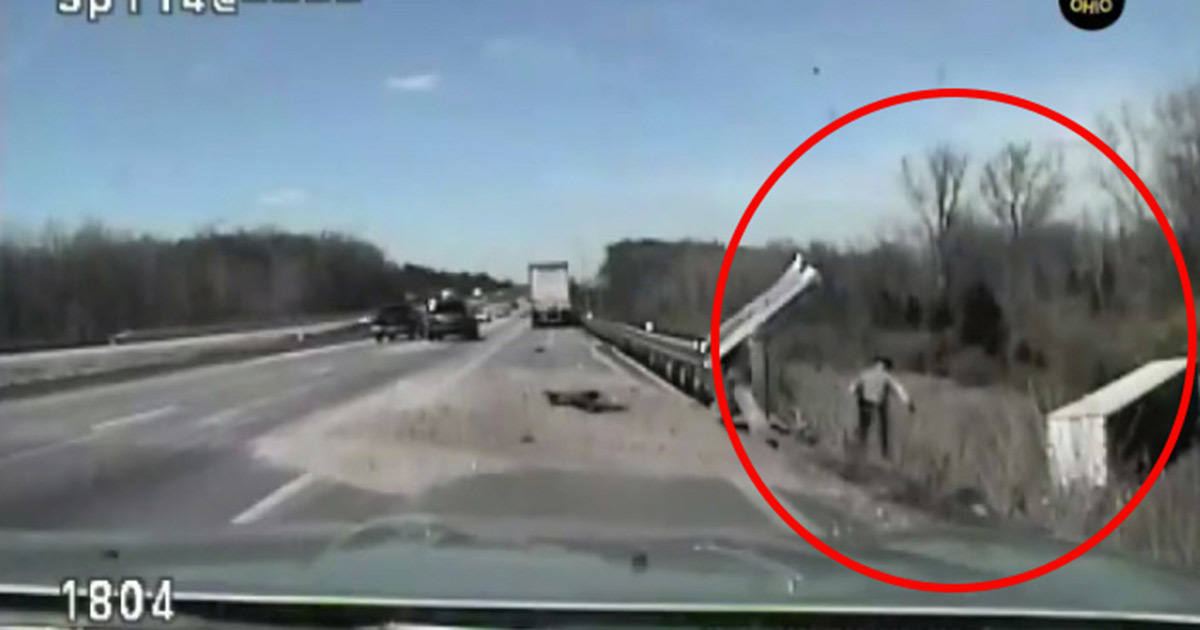 How police officer Eric Devers from the Ohio State Highway Patrol reacts at the scene and what he does for driver John will really send goosebumps down your spine. The officer, now being hailed a hero, had a most incredible quick reaction at the crash scene he was responding to. But above all it was Devers’ emotional determination to rescue this stranger that made all the difference between life and death. The story of this incredible rescue has since been spreading online. Once you hear his voice and feel his emotion, you immediately understand why.

Because Eric’s microphone stayed on during the rescue, it was possible to obtain audio on the emotional rescue.

In this video, you can hear Eric report finding the driver belted in and having trouble breathing.

The accident occurred on a highway when driver John Depue lost control of his car after suffering from Atrial Fibrillation (AF). Eric sprints to the car, and finds that his breathing has worsening. He administers CPR and soon enough, John begins to breathe again.

The police officer does everything to keep John awake and breathing. When you hear his determination to keep the man alive, you’ll get shivers. Don’t you die on me! Don’t you die! Come on!” he yells with pure, unadulterated conviction.

He performs CPR for a total time of 12 minutes… all the way up to the time John begins breathing again. Wow. What’s for certain is had Eric Devers not been in close proximity, John would likely have perished.

Eric and John were reunited on Fox & Friends. ”How can a person express enough gratitude to the person that saved you life? I definitely believe Eric was my angel that day,” John says.

What the hero has to say for himself?
”I just did what I knew I had to do.”

What a rescue! Eric’s behavior is certainly something we can all look up to.