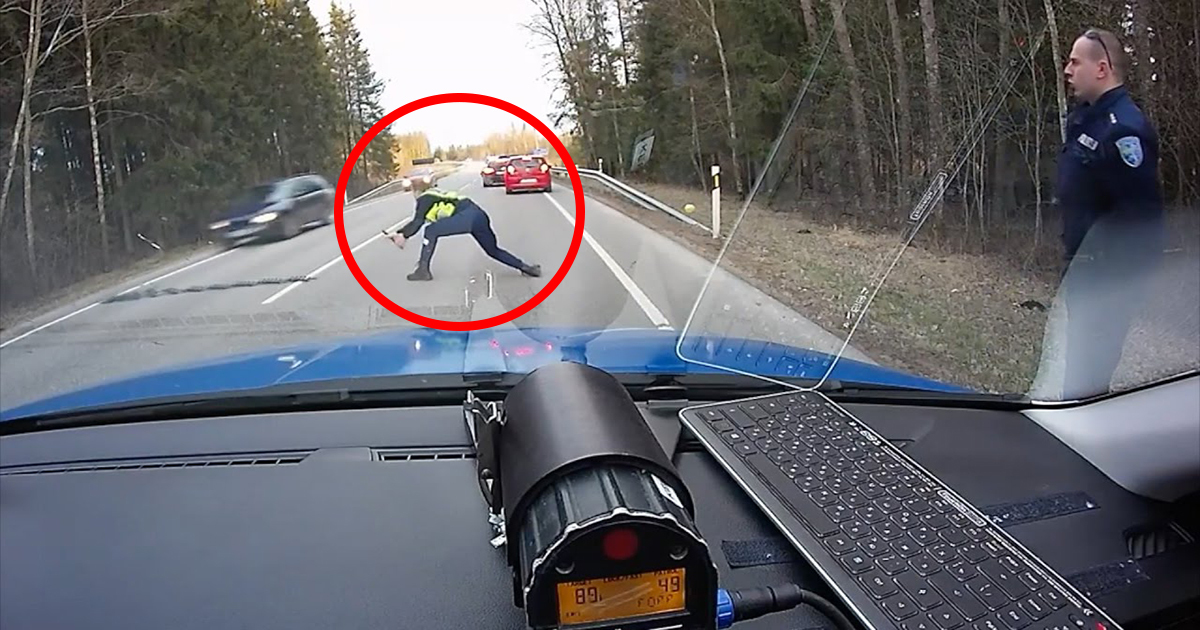 One thing I’ll never understand is how we still allow people to get behind the wheel drunk.

Every year, thousands of people lose their lives to drunk driving accidents, and in Great Britain, for example, an average of 940 people a year died in drunk driving-related accidents between 1979 and 2014.

It’s similar or worse in other countries, which is why I think it’s especially important to honor everyone who works to keep our roads safe.

When police officers in Estonia were informed of a probable drunk driver, they acted immediately.

Withing a short period of time, the police department in Erala, Estonia received seven calls about a drunk driver, according to Norwegian newspaper Dagbladet.

Squad cars were sent out to pull the car over, but when the driver refused, they were forced to use a spike strip.

The police waited at a spot in the road where they knew the man would soon pass.

A camera in the police car caught the moment on video and the images have gone viral.

After the incident, the police announced that the man had been arrested and tested positive for cannabis in addition to being drunk.

Take a look at the courageous policeman’s action while the car was speeding down the road.

This is why police departments around the world deserve better pay and more staff. Who else would have risked their lives to stop this driver?

Please share this article to pay tribute to the excellent work of these police officers!