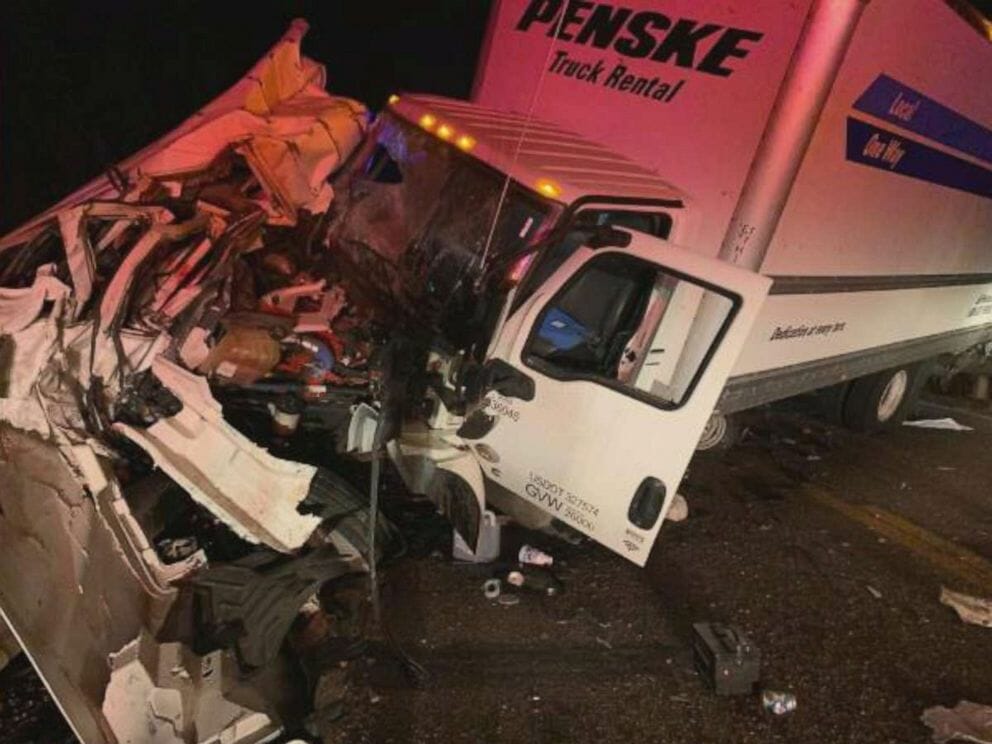 Four brothers were amongst the eight people killed before dawn on Monday during a head-on collision between a box truck and passenger van in Scooba, Mississippi.

Kemper County Sheriff James Moore told the Associated Press that all of the deceased had worked for an agricultural company and were passengers in the van.

“We had rescue workers there who said that out of 25 to 30 years they’ve been doing this, they haven’t had one this bad,” Moore explained. “The van is pretty tore up.”

Amy Lugo, a resident of nearby Macon, where most of the victims lived, said that one of the passengers, 48-year-old Francis Lugo, was her husband.

She also confirmed that three of his brothers had also been killed in the crash, as well as two cousins, one uncle and another cousin who was driving.

FATAL CRASH: Eight dead, one hospitalized in a Kemper County crash near Scooba Monday morning. A passenger van and a Penske truck hit head-on, according to Troopers. The driver of the van was taken to a Meridian hospital. Details to come. @MHPTroopH @wtva9news #BreakingNews pic.twitter.com/5tTpJBjYE9

Amy Lugo told how her and her husband had been together for almost 20 years. They have a son who will turn 2 in August.

“I just feel so bad for their mom. She lost all four of her sons in one day.”

The driver of the other vehicle, Alejandro Estrejo Resendiz, was interviewed on the road shoulder near the crash site. He had been cut on his head, and was bleeding, but said he was otherwise unhurt.

“At the moment I tried to swerve, get over to the side, the truck hit me,” he said, speaking through a translator. He went on to describe his survival as “a miracle”.

Our thoughts and prayers go out to those close to the deceased. Such a terrible tragedy should never come to pass, though it reminds us all of the precious fragility of life.

Please share this article to send your love in this most difficult of times.