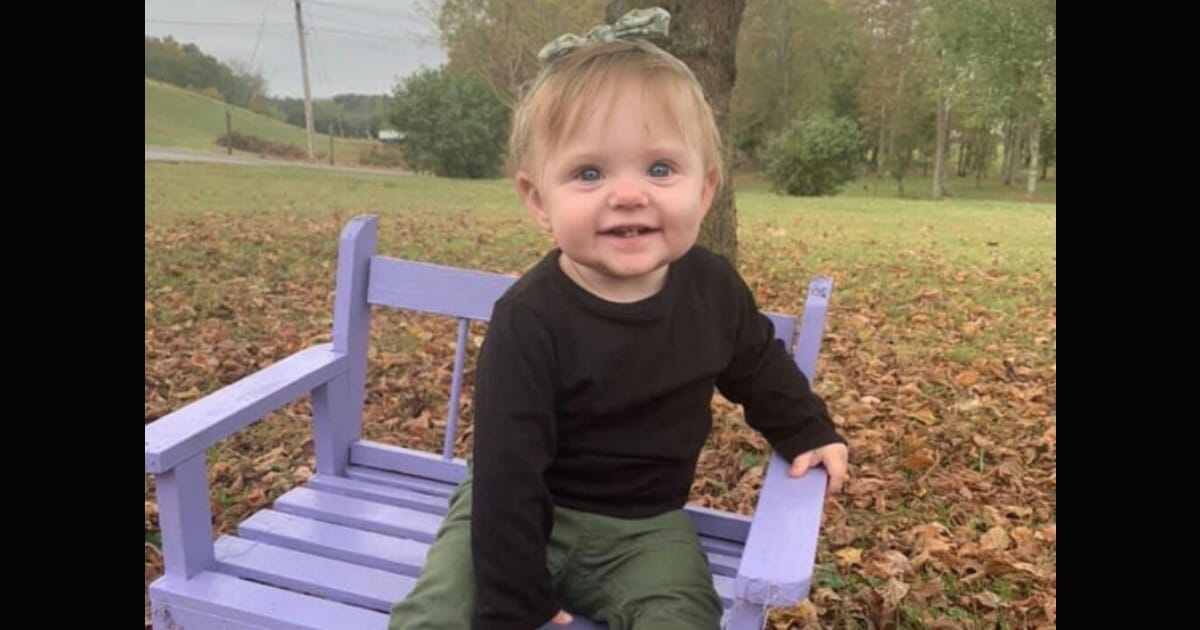 Authorities have officially identified the body of a child found in Tennessee last week as that of Evelyn Boswell who had been missing since December.

“We have a sad update to pass along in our ongoing search for answers in the death of 15-month-old Evelyn Boswell,” the Tennessee Bureau of Investigation said in a tweet.

The 15-month-old girl had been missing since December 2019, but her mother, Megan Boswell, 18, didn’t report her disappearance until the middle of February.

“Well the reason I didn’t report it or anything was I knew the person who had her, and I didn’t want them to run away with her,” she told WCYB in February.

Megan, who had sole custody of Evelyn, was arrested in February and charged with making a false report after authorities couldn’t confirm details in Megan’s report.

In addition, Evelyn’s grandmother, Angela Boswell and William McCloud were arrested in connection with the case.

Since the investigation is still ongoing, authorities have not released details surrounding Evelyn’s death. All we know is that the 15-month-old’s remains along with her clothing and toys were found on the property of a relative. It’s also been reported that Evelyn was wearing what she had on when she went missing.

It breaks my heart that this little girl’s story had to end like this. I hope whoever is responsible is held accountable.

Share this if you want to see justice for Evelyn.