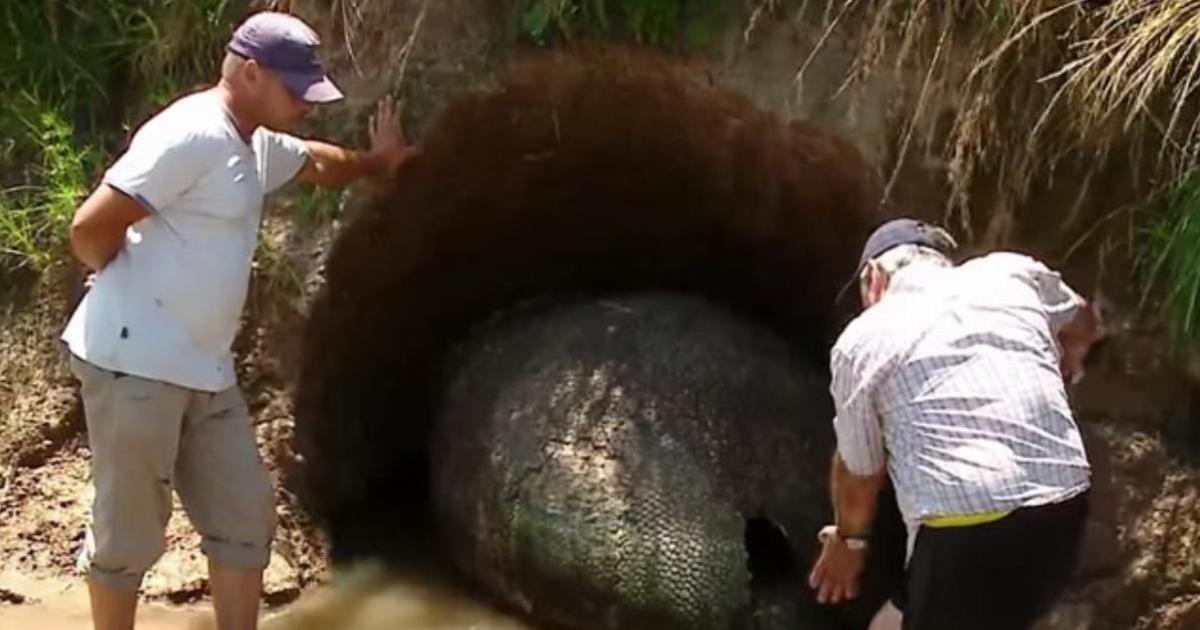 It amazes me how much there is hiding just under our feet, often without us having a clue about it.

I’m thinking in particular of this underground village in the Orkney Islands, discovered by chance in 1850.

And on Christmas Day, 2015, it was time for another astonishing discovery—this time on a small farm outside of Buenos Aires, Argentina.

It was there that a farmer named José Antonio Nievas was out walking in his fields when he made an extraordinary discovery in a river bed.

He saw a gigantic egg stuck in a hole.

José was overjoyed at his discovery, which he assumed was a dinosaur egg.

For many of us, going for strolls is relatively uneventful, but for one man in Argentina, his afternoon walk proved to be much more exciting.

Farmer José Antonio Nievas went out to get some fresh air when he stumbled on something that experts believe are the remains of a prehistoric giant.

At first, José thought that he had found a huge dinosaur egg, and experts were puzzled by his discovery.

But after closer inspection, they realized what was actually lying there next to the river.

The meter-long “egg” is believed to be a fossil from glyptodont—a prehistoric, armadillo-like animal that died out about 10,000 years ago.

Although there’s a chance that the shell is fake (because it hasn’t been studied thoroughly by experts yet), Professor Adrian Lister of the Natural History Museum in London thinks that it could actually be a glyptodont fossil.

“I think it is quite likely this is genuine,” he told the Daily Mail.

Ross MacPhee, curator at the American Museum of Natural History Department of Mammalogy, also believes that it is the real thing.

“It looks real enough. Complete shells are rarely found, but they do occur,” he told the Daily Mail.

The glyptodont was almost spherical and had thick armor-like protection.

The animal couldn’t pull back its head, but the armored skin on its skull served as a helmet.

Each species of glyptodont had a unique pattern and unique scales.

Even today, fossils from this strange animal are found around Argentina relatively often.

The animal, which was as large as a modern car, died at the end of the last ice age.

But its much smaller relative, the armadillo survived.

Adrian Lister of the Natural History Museum says it’s common to find fossils buried in river banks and in the rivers, because the flowing water causes the soil to erode the banks gradually, which facilitates the discovery of old shells and bones.

But to find this kind of intact shell is rare.

This discovery reminds me once again that amazing treasures might be hiding right under our feet!