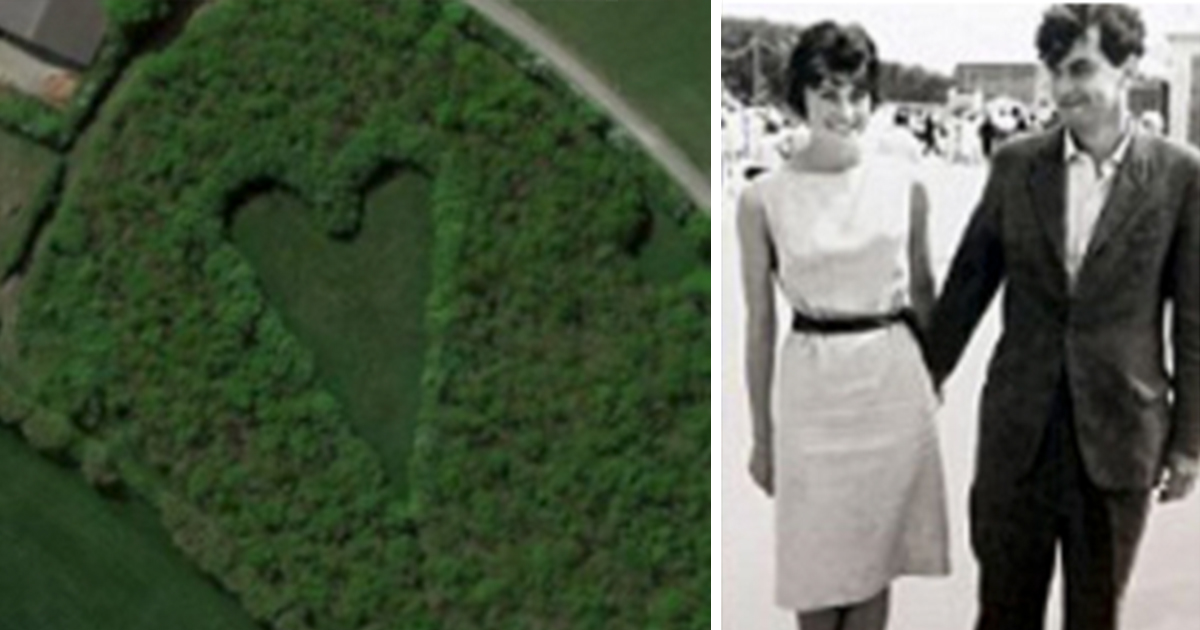 The void that’s left after you lose a loved one is irreparable, but they say time is a great healer.

People deal with loss in different ways; for one devoted husband who lost his wife of 33 years he decided to create a tribute that would last forever.

Winston Howes planted thousands of oak trees in the shape of a heart pointing toward his wife’s childhood home.

The farmer planted the saplings at his 112-acre farm near Wickwar, Gloucestershire, in memory of his wife Janet, who died in 1995.

The giant heart is made up of 6,000 oak trees and can’t be seen from ground level but can be seen in an aerial view on Google Maps.

The heart-shaped forest was kept a family secret until a businessman spotted the beautiful sight from a hot air balloon and took a picture in 2012.

Speaking in 2012, Winston said: “I came up with the idea of creating a heart in the clearing of the field after Janet died.

“I thought it was a great idea – it was a flash of inspiration – and I planted several thousand oak trees.

“Once it was completed we put a seat in the field, overlooking the hill near where she used to live. I sometimes go down there, just to sit and think about things. It is a lovely and lasting tribute to her which will be here for years.”

Winston and Janet were married for 33 years before her sudden death of heart failure when she was 50 years old.

The now 70-year-old farmer hired contractors after his wife’s death to create the beautiful tribute which can only be accessed via a track.

“We planted large oak trees around the edge of the heart then decided to put a hedge around it too,” he said.

“We plant daffodils in the middle that come up in the spring – it looks great. I go out there from time to time and sit in the seat I created.”

Winston has created the most beautiful tribute to his late wife; it’s a testimony to their devotion to each other.

It’s such a wonderful way of remembering her and helping Winston to find some peace after such a heartbreaking loss.