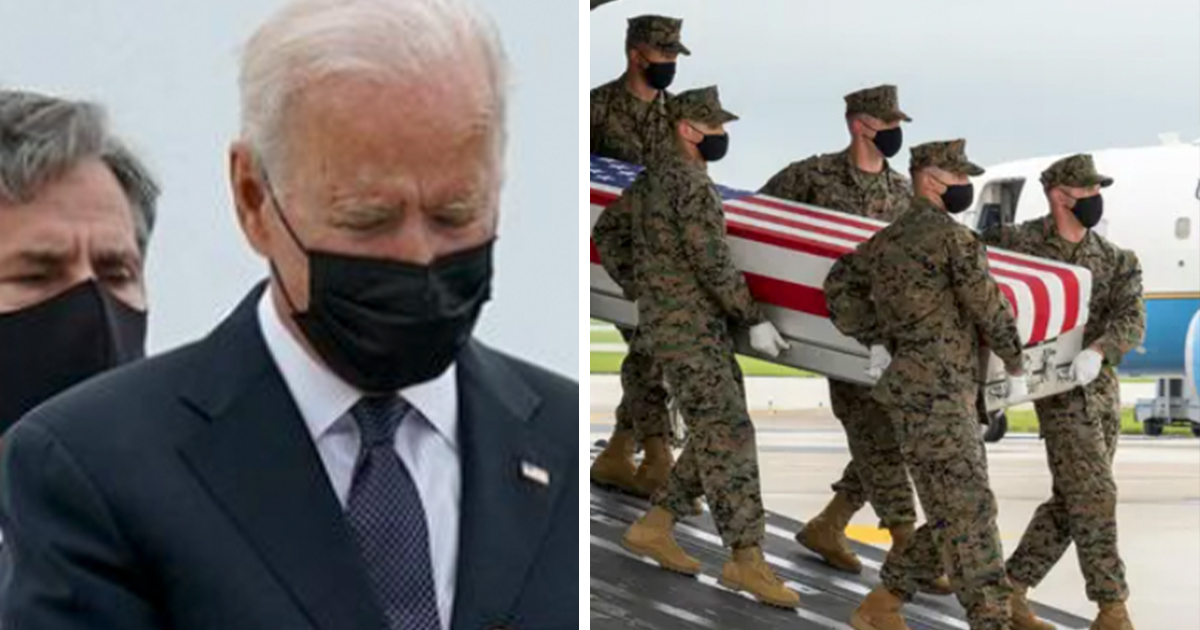 A father whose son was one of 13 U.S. soldiers killed in a suicide bombing in Kabul last week has hit out at President Biden’s reaction in a meeting he had with him.

Mark Schmitz, whose son, 20-year-old Lance Cpl. Jared Schmitz died in the blast at Kabul airport just days ahead of the U.S.’s planned full withdrawal from the country, claimed that his meeting with Biden at Dover Air Force Base “didn’t go well.”

Meanwhile the father of another victim Staff Sgt Darin Taylor Hoover Jr. said his family refused to meet with the president accusing him of being disrespectful over claims the president “looked at his watch” several times while the soldiers’ coffins were being loaded off the plane.

He said President Biden responded by talking about his own son Beau, a former soldier who died of brain cancer in 2015, which angered him.

“I felt I owed it to my son to at least have some words with him about how I felt,” he said, adding: “He talked a bit more about his own son than we did my own son in that didn’t sit well with me.”

Schmitz said that he initially had reservations about meeting with a president he didn’t vote for and one he now blames for the death of his 20-year-old son, as per the Washington Post.

In a statement issued on Saturday, President Biden called the Americans who lost their lives in the bombing “heroes who made the ultimate sacrifice in service of our highest American ideals and while saving the lives of others.”

He added: “Their bravery and selflessness has enabled more than 117,000 people at risk to reach safety thus far. May God protect our troops and all those standing watch in these dangerous days.”

Meanwhile, Dustin Hoover Sr, said he refused to meet with the president over claims he was disrespectful during the ceremony.

“As a father, you know, seeing that and the disrespect…considering especially the time and why we were there, I found it to be the most disrespectful thing I’ve ever seen,” he told Hannity.

The White House said it would not comment on the conversations held between President Biden and the families of the victims, describing them as “private.”

But after news of the soldiers’ deaths emerged the president publicly recalled how he and his wife, Jill, lost Beau.

“We have some sense, like many of you do, what the families of these brave heroes are feeling today,” Biden said.

“You get this feeling like you’re being sucked into a black hole in the middle of your chest. There’s no way out. My heart aches for you.”

My heart goes out to the families of these U.S. soldiers and indeed the thousands of other families that have lost loved ones in this 20-year war. May you all rest in peace.