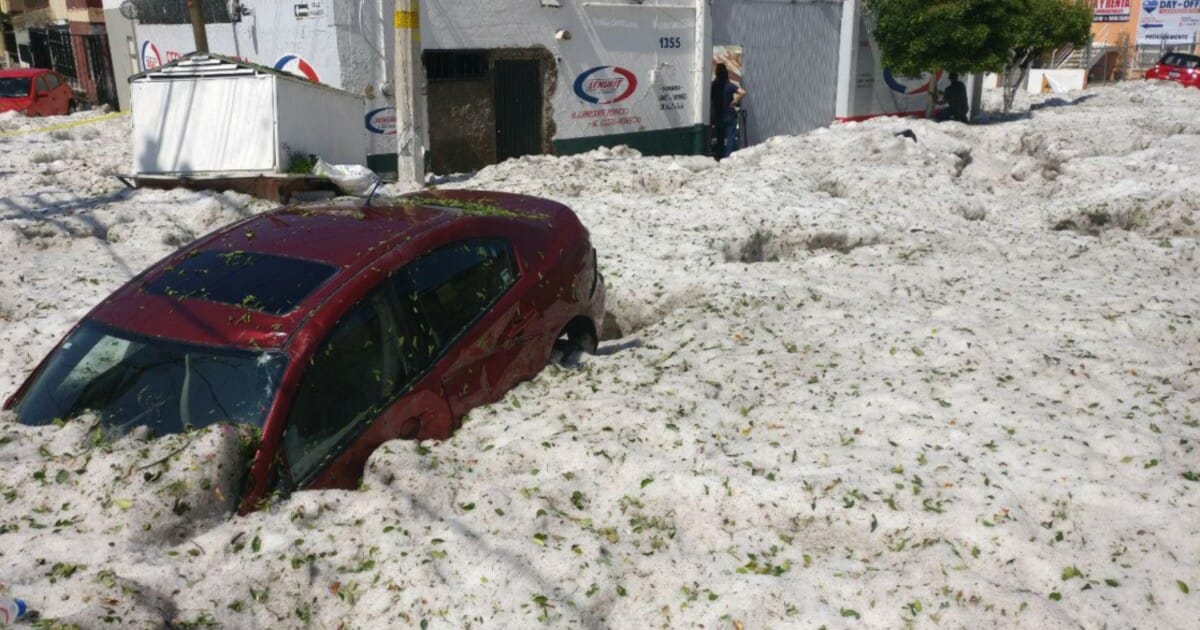 Residents of Guadalajara woke up to a concerning sight on Sunday, a freak hailstorm left several neighborhoods in the Mexican city buried under 5 feet of hail.

“I witnessed scenes that I had never seen before: the hail more than a meter high, and then we asked ourselves if climate change exists,” Enrique Alfaro, the state governor, wrote on Twitter.

Prior to the weather event, temperatures in one of Mexico’s most populated cities had been in the upper 80s. And while hailstorms are not uncommon for the region, ones of such magnitude are unheard of.

“These are never-before-seen natural phenomenons,” Alfaro said, according to AFP. “It’s incredible.”

Photos and videos shared on Twitter showed damage to more than 200 homes and businesses. A local newspaper reported that at least 50 vehicles were swept away, while others were trapped in five feet of ice.

While the freak hailstorm paralyzed the city and city officials rushed to clean the streets, children played in the mounds of hail by throwing ice balls at each other.

Thankfully, there were no reports of injuries or deaths, but two people reportedly suffered from “early signs of hypothermia,” according to the state Civil Protection office.

These pictures are absolutely stunning. Can you imagine if five feet of ice fell onto your city?

There has to be some explanation for such a crazy weather event.