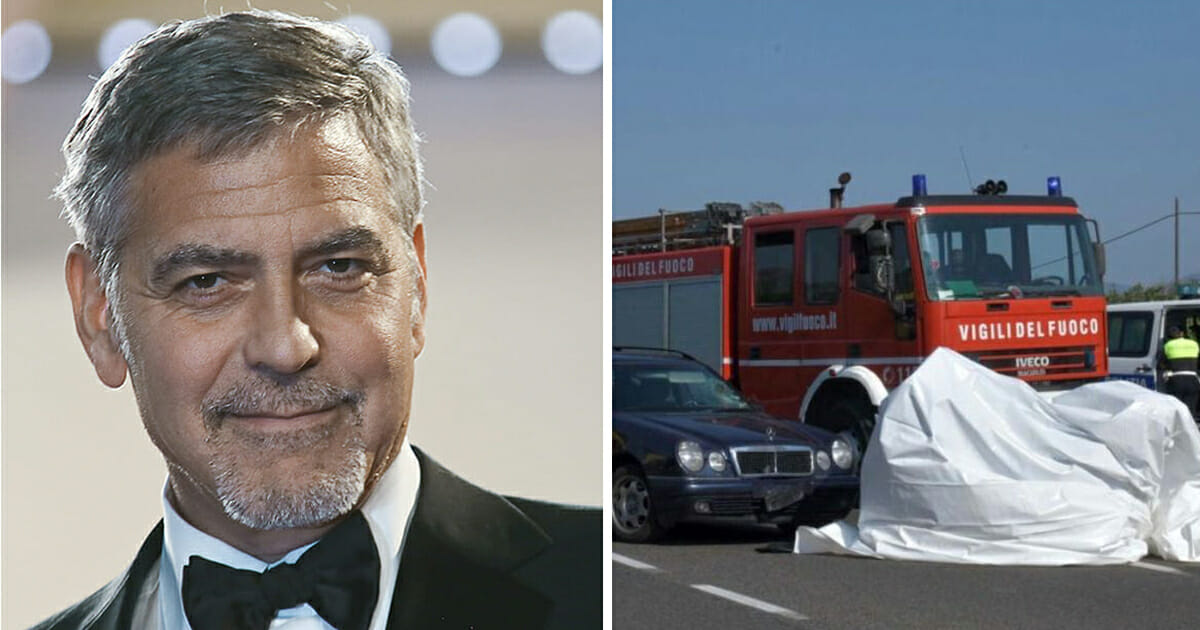 George Clooney was taken to hospital on Tuesday after his motorbike was involved in a collision with a car on the Italian island of Sardinia.

The Daily Mirror reports that the actor was injured in the accident, which occurred at around 8am this morning, whilst driving to a film set.

Clooney, of course, needs no introduction. For many years, the 57-year-old has been a household name in Hollywood, appearing in such box office successes as the Ocean’s Eleven franchise, after garnering acclaim for his role as Dr. Doug Ross in the hit TV series ER.

Clooney has also made inroads into politics of late, having been an avid supporter of former President of the United States Barack Obama. The Kentucky-born star also spent time as a UN ambassador and was appointed ‘World’s Sexiest Man’ not once, but twice by People magazine (1997 and 2006).

Clooney won an Academy Award for Best Supporting Actor in Syriana (2006), and has been a recipient of a Golden Globe and a BAFTA as well.

This morning, however, the 57-year-old was involved in a motor vehicle accident in Italy.

Clooney was taken to hospital in an ambulance, after his scooter collided with a car close to the beach resort of Costa Corallina. As per the Mirror, a car struck Clooney’s scooter after pulling out in front of him.

Clooney is in Italy to record his new TV show ‘Catch 22’. The actor was reportedly catapulted onto the bonnet of the Mercedes that struck his scooter, suffering injuries to his pelvis, legs and arms.

Reports suggest Clooney was later released from hospital, as he was “not seriously injured”.

Share to show your support for George at this difficult time!