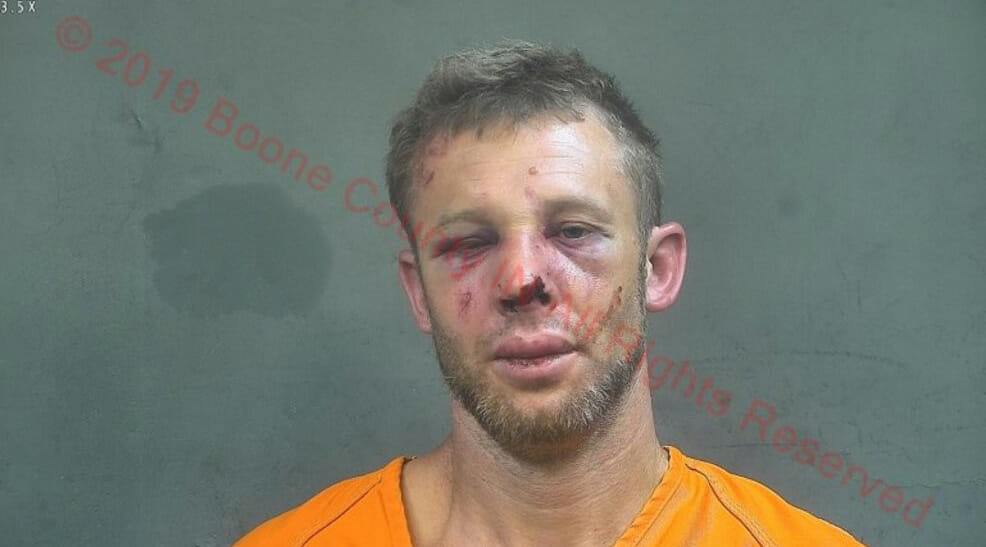 The bond between a grandparent and their grandchild is undeniable.

It’s comforting for a new parent to be able to leave their child with a grandparent as you have nothing to worry about. You know their parenting skills and you know they love the child, it’s like leaving them at their second home.

This story is a good example of how far grandparents are prepared to go to defend their grandchildren.

Some sharp grandparents in Indiana are now being hailed after they were able to intercept a man who police say broke into their home and tried to take their 6-year-old granddaughter, according to WXIN.

Don’t mess with grandma and grandpa!

37-year-old Benjamin Dillon got to experience that after he busted in the door of grandmother Patty Roth’s home on the night of June 10th.

Dillon stormed in, demanding that Roth and her husband give him his daughter.

”I was sound asleep in my bedroom and this guy came kicking in and said, ‘You have my daughter,’ I was nervous, very nervous. I was shaking so bad.”

Of course, Dillon’s daughter wasn’t there.

The 6-year-old granddaughter and her grandmother were sleeping in a back bedroom, but the little girl is not Dillon’s daughter.

Roth’s husband immediately went into ”Granddaddy Bear mode” and was able to get Dillon out of the apartment until the police arrived.

Isn’t it amazing that strength we find when something is going wrong to either our kids or her grandkids?

Fortunately, the 6-year-old girl was not hurt.

The officers had to use a Taser gun several times to subdue Dillon.

The Roth’s think Dillon was on drugs. According to the family, they have no idea why Dillon broke into their apartment in search of his daughter.

”I don’t understand why he picked our apartment. I’ll never figure that one out. I hope he gets the help he needs and I hope he gets himself back on his feet.”

This incident happened in June, but the news of Dillon’s alleged crimes began to go viral in August.

Roth claims that she wants Dillon to get help for his drug addiction, but she also gave him a warning:

”I wouldn’t want him walking back in my apartment again. He will regret it the next time.”

I think grandparents can often be more protective of their grandkids and be more willing to go into “beast mode” to protect them than the kids’ own parents are.

Grandparents rule! Mess with our grandbabies and you will pay dearly. ?