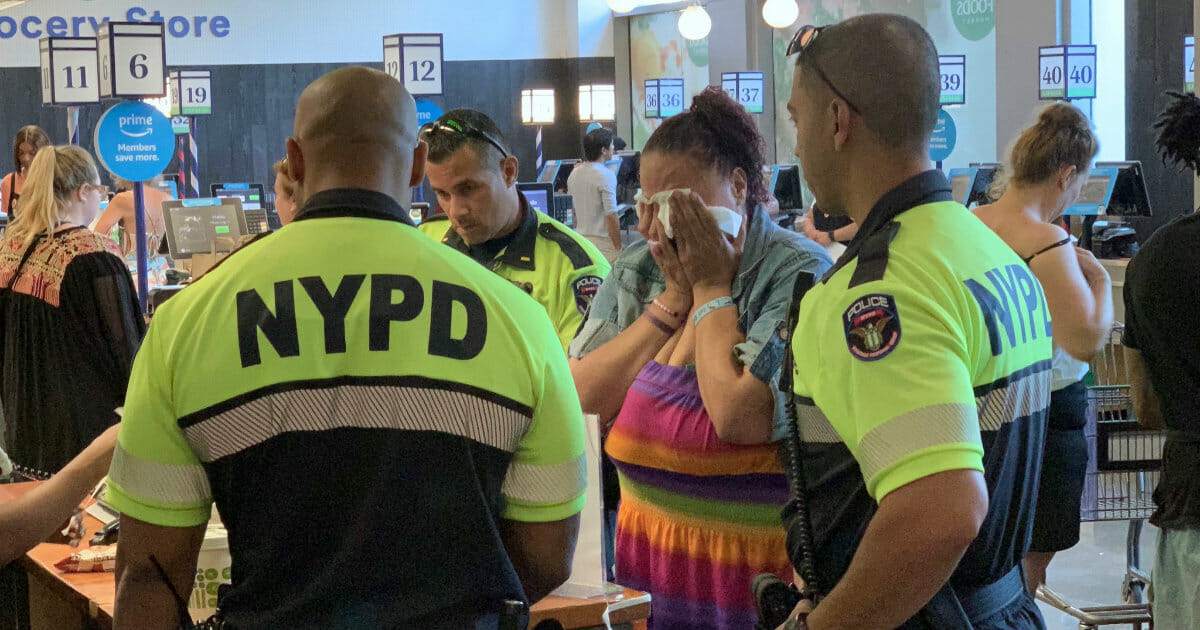 After a woman was caught shoplifting from a New York City grocery store, she was almost arrested—but the police officers on the scene took a look in her bag, and decided to do something unexpected instead.

It all happened around 1 pm on the Fourth of July, at the Whole Foods in Union Square. A woman was caught shoplifting items from the store by the staff, who called the police on the woman.

By coincidence, there were officers from the NYPD Strategic Response Group already in the store, buying lunch.

The officers took control of the scene, and the woman told them she was hungry, and they could tell she was acting out of desperation. A look at the items confirmed this.

“We looked in her bag and all we saw were containers of food, we didn’t see anything else, it was just necessity food,” Officer Esnaidy Cuevas said, according to ABC 7.

While she had broken the law, the officers couldn’t bring themselves to arrest the woman:

“When you look at someone’s face and you notice that they need you, they’re actually hungry, it’s pretty difficult as a human being to walk away from something like that,” Lt. Louis Sojo said, according to CBS New York. “We weren’t raised like that.”

Instead, they took a different tactic: they just paid for the woman’s groceries.

For just $35, they saved the woman from arrest and legal troubles that would’ve just made her situation worse. The woman was visibly touched by their decision.

“She was extremely emotional,”Lt. Sojo said. “She couldn’t speak. She just looked at me and said thank you.”

It was an emotional moment that one witness, Paul Bozymowski, caught in a photo and tweeted. The photo now has over 4,000 likes.

This woman was being held by security.
She had food in her bag she didn’t pay for.
When the NYPD showed up, they paid for her food.

“I know these are things that are probably happening all the time and they go unnoticed, and I’m glad this one’s getting noticed,” Bozymowski told CBS New York.

“It was a very beautiful, genuine moment.”

One of the many people sharing the tweet: NYPD Chief of Department Chief Terence Monahan, who praised the officers for “highlighting the often unnoticed.”

Cops like Lt. Sojo and Officers Cuevas and Rivera of the Strategic Response Group are the kind-hearted cops who quietly do good deeds for New Yorkers in need. My thanks to @pboz for highlighting the often unnoticed. https://t.co/gbsjkx3iVE

It’s a story that shows how everyday good deeds can make a serious impact on the course of someone’s life.