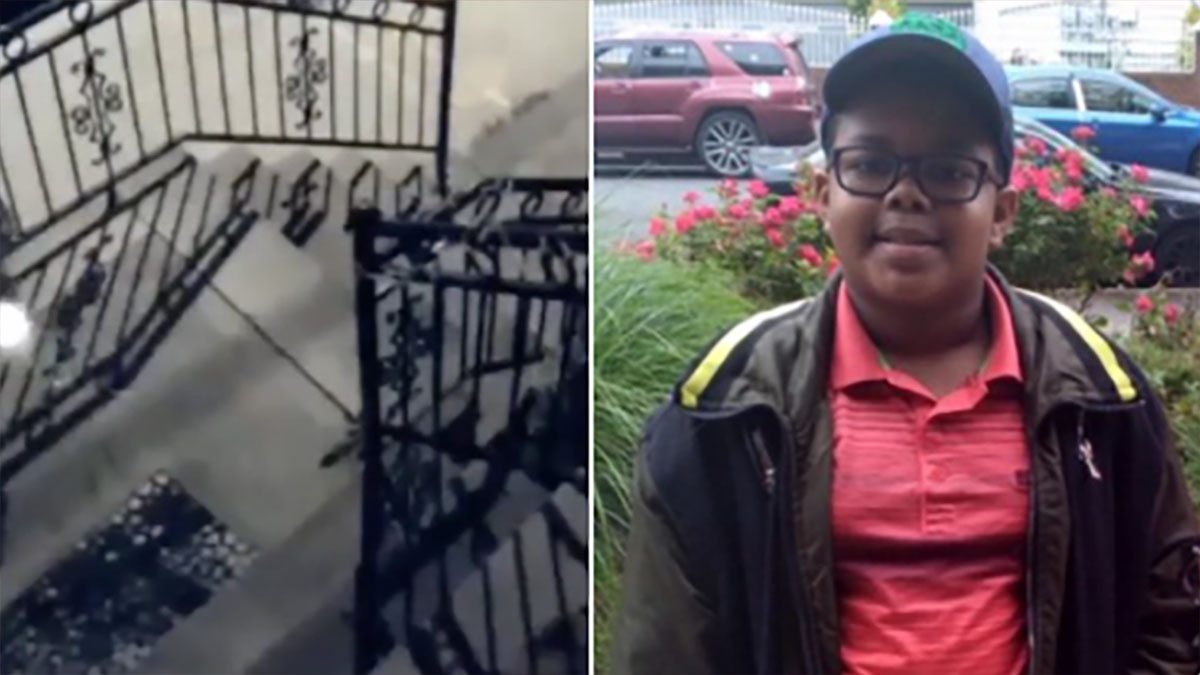 It was a family cook out that turned into a tragedy when a gunman opened fire and killed a 10-year-old boy.

Justin Wallace, the youngest in his family, was hit in the torso as he walked out the door of his family’s home and into a hail of bullets.

His 29-year-old uncle, also with him, was shot in the shoulder.

Police are now looking for the man who drove up to the house in the Far Rockaway neighborhood of Queens, New York, got out of the car and started shooting.

They were both rushed to hospital where Justin died; his uncle is expected to survive.

The shocking moment the youngster was killed at around 9.30 pm on Saturday night was caught on surveillance footage.

The shooting occurred after an argument with a neighbor, according to the New York Post.

Neighbors who witnessed the incident said they heard about six gunshots.

“It’s emotional, it’s scary,” neighbor Anthony Woods told ABC7 News. “It’s like you are at home and someone is watching TV or eating dinner, and a bullet just come straight through the window. Are we safe home or we safe outside? Where are we safe at?”

Police are looking for a black SUV and one or more shooters.

My heart goes out to the family of this innocent child caught in the crossfire. How many more children have to be shot before gun laws change?