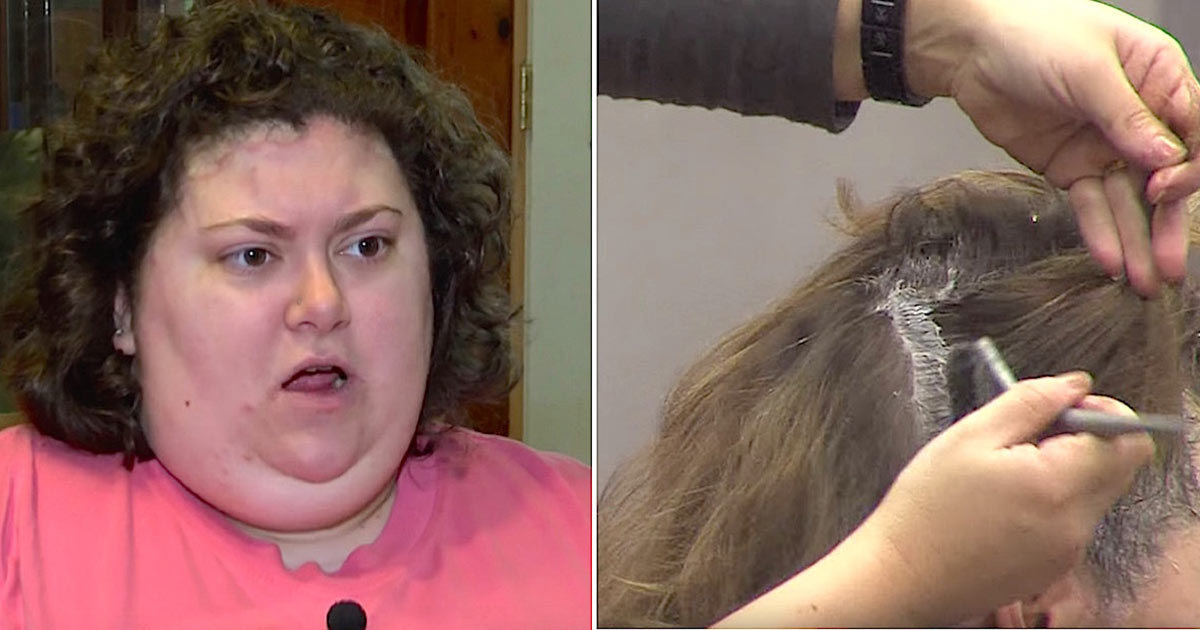 Psoriasis is a chronic inflammatory disorder that causes raised, red, scaly patches to appear on the skin. And in 2013, an estimated 7.4 million American adults were affected by it.

But it’s not contagious.

So when a hairstylist refused to cut 31-year-old Julia Apodaca Lane’s hair because she was afraid of becoming infected, Julia was both shocked and humiliated.

Julia Apodaca Lane has psoriasis. The chronic disease means that she has red, scaly patches on her skin, as well as joint pain and difficulty getting around.

After undergoing surgery to relieve her symptoms, Julie lost her confidence. But one day, she decided to leave the house and spruce herself up with a new haircut.

Julia went to a hair salon in Tuscaloosa, Alabama—and that’s where her plan was shattered.

The moment Julia sat down in the barber’s chair, a hairstylist greeted her in a rude, judgmental tone asking, “Are you contagious?”

Julia explained that she had psoriasis and that the hairdresser wouldn’t get infected. But still, the woman refused to touch her. Humiliated and shocked, Julia went straight to her car and cried.

The salon explained that their employees have the right to refuse a customer if they feel that their health is at risk. But no one was in danger of getting psoriasis as it is not contagious.

Julia felt violated and decided to go on Facebook and let others know about what happened. And her message immediately received love from people who wanted to spread her important words even farther.

Julia reminded others that we never know what another person is going through. And therefore, we should think before we say or do something stupid.

We have no idea what other people are going through, and so we should be careful with what we say. Please share Julia’s important message with your friends!