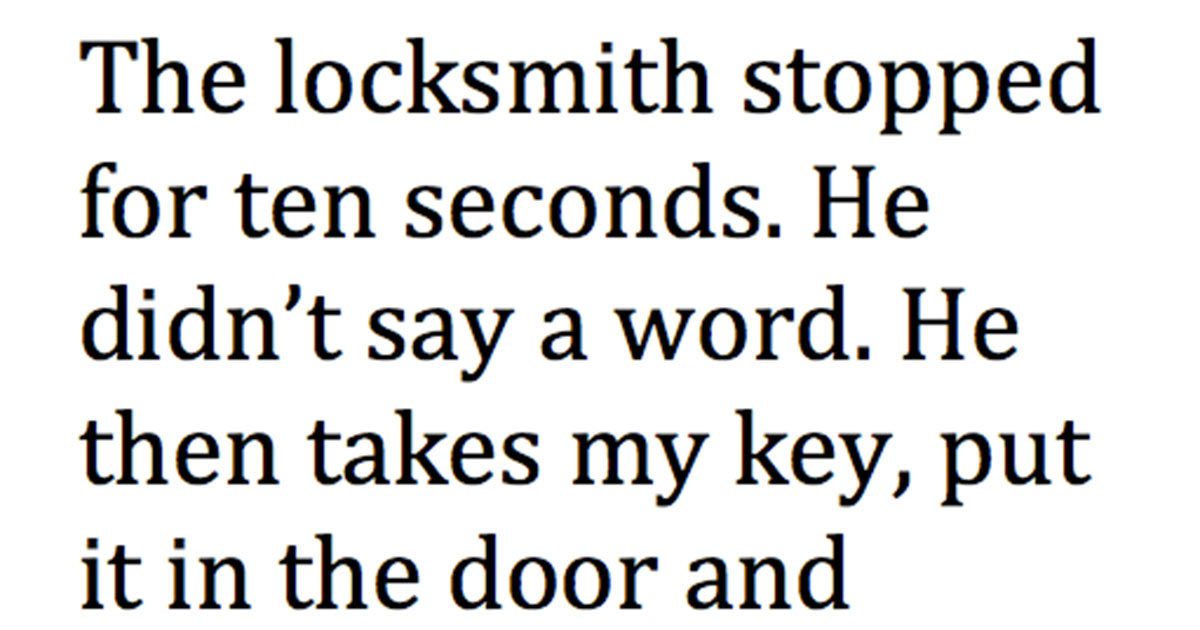 You know the feeling when you are so tired you don’t know where you are, what you are doing or even who you are? At least it happens to me quite often after a long day at work. It’s like my brain is giving up totally. And it seems something similar happened to this guy. I don’t know if it’s true, but I found it to be so funny I just had to share it with you! 🙂

This is what he writes:

”First of all, I’m usually quite a clever guy, but I had been working for 48 hours in just three days so as you would imagine; I was really tired.

I left work and went out to my car; I pressed the electronic key-button like I always do. Nothing happened. I tried a few more times, but still nothing. ‘Ah, the battery is dead’ I thought to myself. I stood there for another 10 minutes and pressed the button, wishing it would reload itself in some magical way. But of course it didn’t.

So I called a locksmith and explained I had locked myself out. 20 minutes later he arrives at the scene. He brings his tools out at starts working on the door.

“So, you left your keys in the car did you? No problem. I’ll have it fixed in just a minute!”

“No, my keys are right here. But my electrical key is dead.” I answered.

The locksmith stopped for about ten seconds. He didn’t say a word. He then takes my key, put it in the door and opens it.

I was so ashamed. I was so used to open the door by pressing the electrical button I totally forgot you could use the key the regular way. He laughed so hard I thought he was going to collapse. When he stopped he told me he wouldn’t charge me for the work. He had a great story to tell all of his friends instead.”