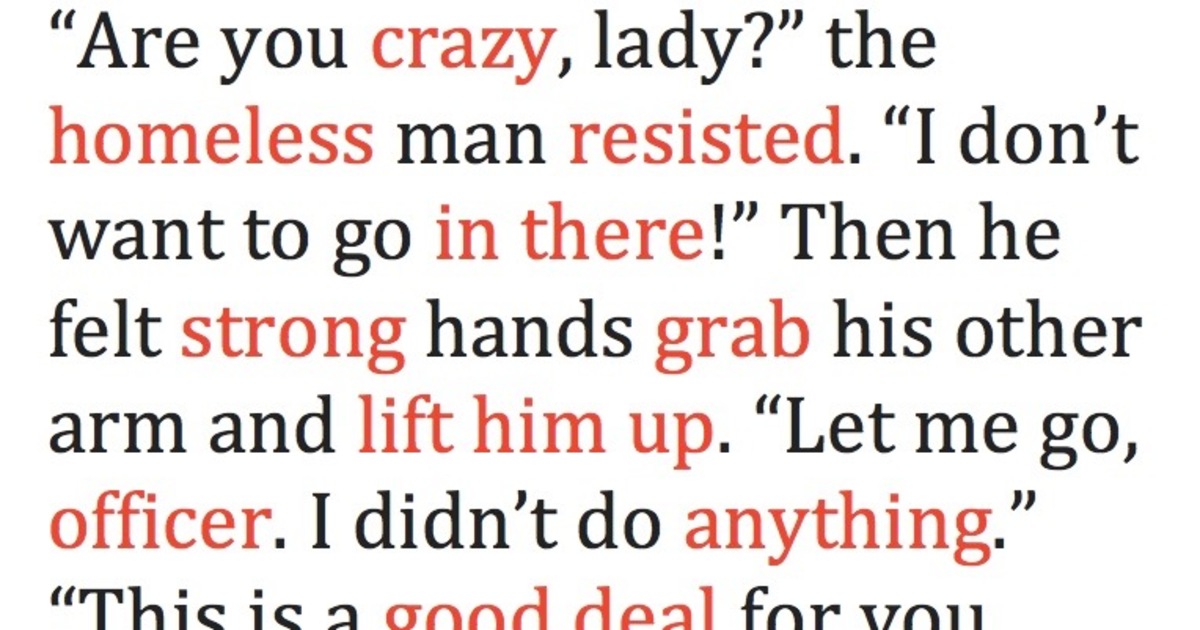 This story is certainly on the long side, but it’s also one of the best I’ve ever read. It’s been passed around the web for a few years, and some say it’s true, while others aren’t so sure and think it was made up to teach people something about life. But whatever the truth behind it, this story hit me right in my heart. It really shows how much good deeds can mean to the people who have been on the receiving end of them and how much impact they can have on people in the long run. Read the story below and remember to share it afterwards—I think everyone deserves to read this one!

One day a woman was walking down the street when she spotted a beggar sitting on the corner. The man was elderly, unshaven, and ragged. As he sat there, pedestrians walked by him giving him dirty looks they clearly wanted nothing to do with him because of who he was — a dirty, homeless man. But when she saw him, the woman was moved to compassion.

It was very cold that day and the man had his tattered coat — more like an old suit coat rather than a warm coat — wrapped around him. She stopped and looked down. “Sir?” she asked. “Are you all right?”

The man slowly looked up. This was a woman clearly accustomed to the finer things of life. Her coat was new. She looked like that she had never missed a meal in her life. His first thought was that she wanted to make fun of him, like so many others had done before. “Leave me alone,” he growled.

To his amazement, the woman continued standing. She was smiling — her even white teeth displayed in dazzling rows. “Are you hungry?” she asked.

“No,” he answered sarcastically. “I’ve just come from dining with the president. Now go away.”

The woman’s smile became even broader. Suddenly the man felt a gentle hand under his arm. “What are you doing, lady?” the man asked angrily. “I said to leave me alone.”

Just then a policeman came up. “Is there any problem, ma’am?” he asked.

“No problem here, officer,” the woman answered. “I’m just trying to get this man to his feet. Will you help me?”

The officer scratched his head. “That’s old Jack. He’s been a fixture around here for a couple of years. What ‘do you want with him?”

“See that cafeteria over there?” she asked. “I’m going to get him something to eat and get him out of the cold for a while.”

“Are you crazy, lady?” the homeless man resisted. “I don’t want to go in there!” Then he felt strong hands grab his other arm and lift him up. “Let me go, officer. I didn’t do anything.”

“This is a good deal for you, Jack,” the officer answered. “Don’t blow it.”

Finally, and with some difficulty, the woman and the police officer got Jack into the cafeteria and sat him at a table in a remote corner. It was the middle of the morning, so most of the breakfast crowd had already left and the lunch bunch had not yet arrived. The manager strode across the cafeteria and stood by the table. “What’s going on here, officer?” he asked. “What is all this. Is this man in trouble?”

“This lady brought this man in here to be fed,” the policeman answered.

“Not in here!” the manager replied angrily. “Having a person like that here is bad for business.”

Old Jack smiled a toothless grin. “See, lady. I told you so. Now if you’ll let me go. I didn’t want to come here in the first place.”

The woman turned to the cafeteria manager and smiled. “Sir, are you familiar with the banking firm down the street?”

“Of course I am,” the manager answered impatiently. “They hold their weekly meetings in one of my banquet rooms.”

“And do you make a good profit from providing food at the weekly meetings?”

“What business is that of yours?”

The woman smiled again. “I thought that might make a difference.” She glanced at the cop who was busy stifling a giggle. “Would you like to join us in a cup of coffee and a meal, officer?”

The cafeteria manager turned on his heel. “I’ll get your coffee for you right away, officer.”

The officer watched him walk away. “You certainly put him in his place,” he said.

“That was not my intent. Believe it or not, I have a reason for all this.” She sat down at the table across from her amazed dinner guest. She stared at him intently. “Jack, do you remember me?”

Old Jack searched her face with his old, rheumy eyes “I think so — I mean you do look familiar.”

“I’m a little older perhaps,” she said. “Maybe I’ve even filled out more than in my younger days when you worked here, and I came through that very door, cold and hungry.”

“Ma’am?” the officer said questioningly. He couldn’t believe that such a magnificently turned out woman could ever have been hungry.

“I was just out of college,” the woman began. “I had come to the city looking for a job, but I couldn’t find anything. Finally, I was down to my last few cents and had been kicked out of my apartment. I walked the streets for days. It was February and I was cold and nearly starving. I saw this place and walked in on the off chance that I could get something to eat.”

Jack lit up with a smile. “Now I remember,” he said. “I was behind the serving counter. You came up and asked me if you could work for something to eat. I said that it was against company policy.”

“I know,” the woman continued. “Then you made me the biggest roast beef sandwich that I had ever seen, gave me a cup of coffee, and told me to go over to a corner table and enjoy it. I was afraid that you would get into trouble. Then, when I looked over, I saw you put the price of my food in the cash register. I knew then that everything would be all right.”

“So you started your own business?” Old Jack said.

“I got a job that very afternoon. I worked my way up. Eventually I started my own business that, with the help of God, prospered.” She opened her purse and pulled out a business card. “When you are finished here, I want you to pay a visit to a Mr. Lyons. He’s the personnel director of my company. I’ll go talk to him now and I’m certain he’ll find something for you to do around the office.” She smiled. “I think he might even find the funds to give you a little advance so that you can buy some clothes and get a place to live until you get on your feet and if you ever need anything, my door is always opened to you.”

There were tears in the old man’s eyes. “How can I ever thank you,” he said.

“Don’t thank me,” the woman answered. “To God goes the glory. Thank Jesus. He led me to you.”

Outside the cafeteria, the officer and the woman paused at the entrance before going their separate ways. “Thank you for all your help, officer,” she said.

“On the contrary, Ms. Eddy,” he answered. “Thank you. I saw a miracle today, something that I will never forget. And… And thank you for the coffee.”

She frowned. “I forgot to ask you whether you used cream or sugar. That’s black.”

The officer looked at the steaming cup of coffee in his hand. “Yes, I do take cream and sugar — perhaps more sugar than is good for me.” He patted his ample stomach.

“I don’t need it now,” he replied smiling. “I’ve got the feeling that this coffee you bought me is going to taste as sweet as sugar.”

Please share the story on so that everyone gets a chance to read it!