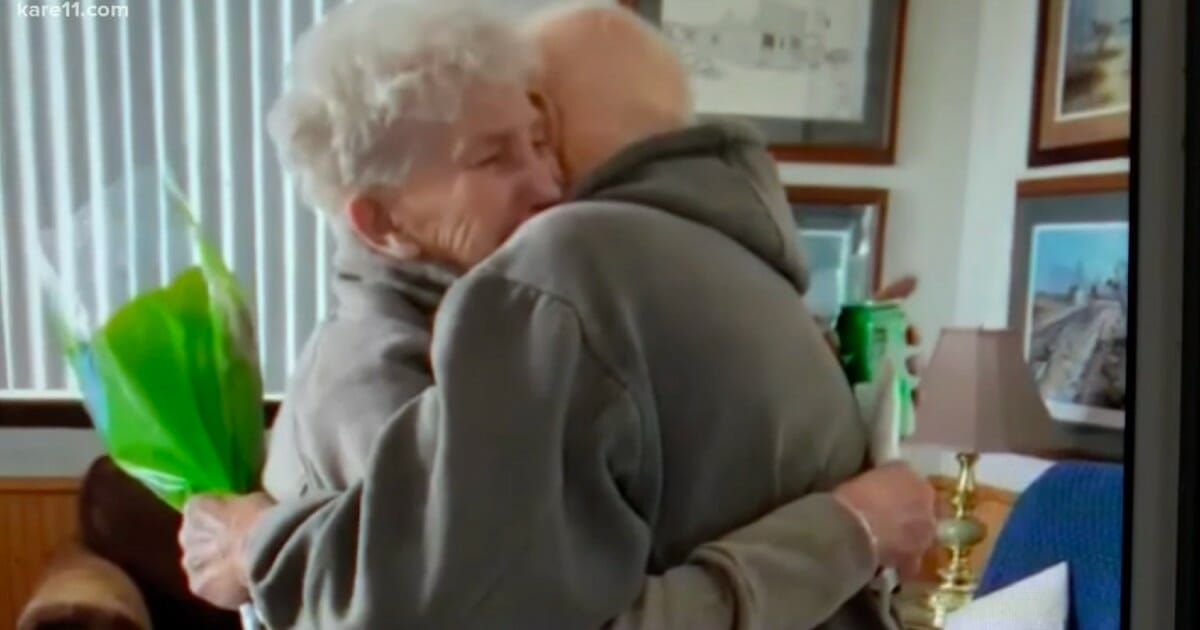 Recently, Beverley and Jerry Lindell of Litchfield, Minnesota, were able to reunite after time spent apart due to the coronavirus. Jerry, 84, had been staying at a rehab center when they needed to lock down to protect residents from the virus.

When Jerry was finally cleared to go home to his wife of 63 years, the couple’s daughter made sure to film the special moment they reunited.

Loriee Barnes, the couple’s daughter, arranged the surprise once she knew her father was going to be released from the rehab center. His coming home worked out perfectly because it was also Beverley’s 84th birthday.

When the two finally saw each other in person, Beverley was unsure if she was able to hug him. But once she realized it was ok, she wouldn’t let go.

Aww! I know not everyone is able to reunite like Beverley and Jerry, but I am so happy for this couple. It brings me joy to see how happy they are.