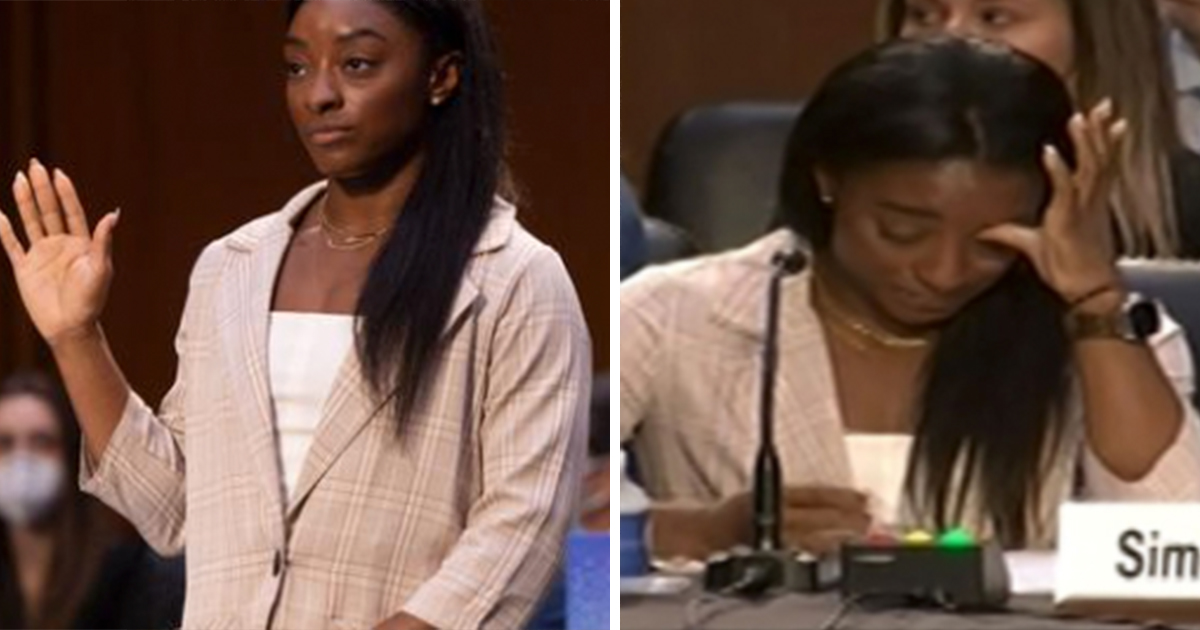 The revelations that USA Gymnastics team doctor Larry Nassar had been abusing young gymnasts over decades sent shockwaves around the world.

Nassar worked as the team doctor for the U.S. women’s national gymnastics team for 18 years and was accused of repeatedly sexually assaulting hundreds of young women and girls under the guise of medical treatment.

The 58-year-old was jailed for between 40 and 175 years in 2018 after pleading guilty to seven counts of first-degree criminal sexual misconduct with children under the age of 16.

Some gymnasts said they complained in the 1990s about Nassar but it wasn’t until 2015 that action was taken against him.

Now a hearing over the FBI’s handling of the investigation into the former doctor has resulted in a number of high-profile women gymnasts talking about their experiences.

Olympic gymnasts McKayla Maroney, Simone Biles, Maggie Nichols, and Aly Raisman, testified before the U.S. Senate on Tuesday regarding the mishandling by FBI agents of abuse allegations brought against Nassar.

Elite U.S. gymnast Simone Biles became emotional during her testimony as she called for the FBI agents involved to be federally prosecuted.

“I do not want another young gymnast, Olympic athlete or any individual to experience the horror that I and hundreds of others have endured before, during and continuing to this day in the wake of the Larry Nassar abuse,” she said.

The most decorated Olympic gymnast of all time added: “To be clear I blame Larry Nasser, and I also blame an entire system that enabled and perpetrated his abuse.”

Fighting back the tears the 24-year-old asked: “How much is a little girl worth?” adding: “I sit before you today to raise my voice so that no little girl must endure what I, the athletes at this table, and the countless others who needlessly suffered under Nassar’s guise of medical treatment which we continue to endure today.

“Nassar is where he belongs but those who enabled him need to be held accountable,” she continued accusing the FBI of “turning a blind eye to” their accounts of his abuse.

“If you allow a predator to harm children, the consequences will be swift and severe, enough is enough” she added.

McKayla Maroney, who has won 7 gold medals in gymnastics and is now retired, said FBI agents responded with “silence” and a “disregard” for her trauma when she was interviewed over her experiences with Nassar.

“They chose to fabricate, to lie about what I said and protect a serial child molester,” she told senators adding they didn’t document her report until 17 months later.

“What is the point of reporting abuse if our own FBI agents are going to take it upon themselves to bury that report in a drawer?”

The four athletes were among more than 200 women who gave powerful impact statements to a court in 2018, detailing Larry Nassar’s abuse. Nassar was accused of sexual abuse by more than 330 women and girls at USA Gymnastics and Michigan State University, BBC News Online reported.

A 119-page report by the Department of Justice Inspector General published in July found missteps, delays and cover-ups by FBI agents and despite the seriousness of the allegations made the FBI field office in Indianapolis had been slow to respond, as per the online publication.

FBI Director Christopher Wray, who took the job in 2017, apologized for the “reprehensible conduct” and “fundamental errors” detailed in the July report and pledged to prevent a repeat of the mishandled case on his watch.

“I’m deeply and profoundly sorry to each and every one of you,” Wray said in his opening statement.

“I’m sorry for what you and your families have been through. I’m sorry so many people let you down over and over again. And I’m especially sorry there were people at the FBI who had their own chance to stop this monster back in 2015 and failed, and that is inexcusable,” he said, as per Yahoo News.

It never should have happened, and we’re doing everything in our power to make sure it never happens again.”

He said the supervising official involved had been removed and the other official who led that department at the time had retired, as per BBC News.

The idea that the people in charge of these young vulnerable women continued to get away with their crimes for decades, despite many of their victims being brave enough to speak out, is unforgivable and I hope all those who aided and abetted them are brought to justice.

Enough is enough and that goes for any institution where crimes against children are covered up; everyone involved in the systematic abuse of children, including those that “turn a blind eye,” should be held accountable.