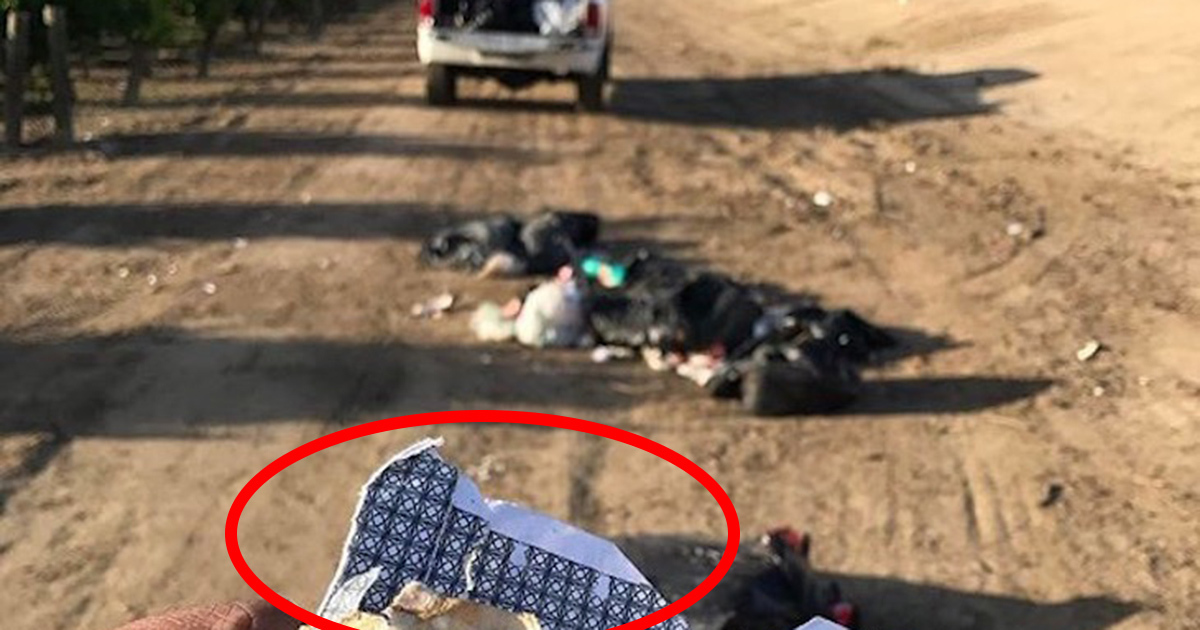 If you’ve ever gone for drive in the countryside, you know that most farms are quite beautiful. I mean, who doesn’t love rolling hills, fields of corn, and barn?

Well, apparently not everyone.

Or at least one guy who dumped a truckload of garbage on a farmer’s field in California.

But luckily, the farmer who owned the land got the last word.

Pretty much wherever you live in California, there’s an easy way to get rid of your trash and recycling. You put it in the collection bins in your apartment building, put it in containers and drag them to the curb once a week, or maybe you load it into your car and bring it to the dump yourself.

So I really don’t understand the guy in this story. Surely, he must have had a place to throw away his trash, but instead, he chose to get rid of it somewhere else. On someone else’s property. A beautiful farm.

People like this guy definitely deserve to learn their lesson, but they rarely do. After all, if they throw their trash away on a back road somewhere, who’s going to see them do it or know how to find them?

Well, this farmer. That’s who!

He must have been furious when he found a big pile of trash on his land, and surely, he wanted to give whoever did it a piece of his mind.

So when the farmer was was picking up the trash off the ground, he must have been over the moon when he found one particular item among all that garbage — an envelope with the culprit’s home address written on the front!

The farmer piled all the trash into the back of his pickup truck and set off for the address in question.

And when he got there, he dropped off the garbage and got his sweet revenge.

Although the garbage still didn’t end up in the right place, isn’t it sweet that the farmer was able to teach this this idiot a lesson?