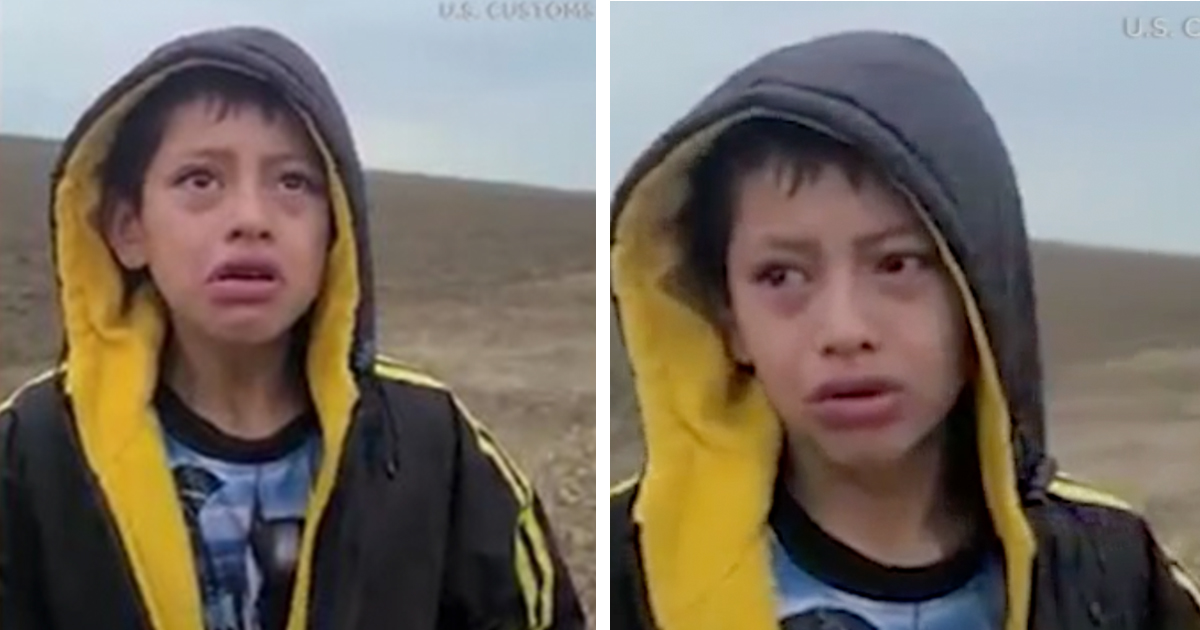 Heartbreaking footage has emerged of a 10-year-old migrant boy wandering lost and alone in Texas after he was abandoned by the group of people he was traveling with.

As per reports, an off-duty Border Patrol agent came upon the boy close to the Mexican border. He was said to be making his way down a road in La Grulla, a small community near Rio Grande.

In the video, the young boy can be seen crying as he asks the agent for help, going on to explain how he had been abandoned and was afraid that he might be kidnapped.

“Can you help me?” the boy can be heard asking in Spanish.

“What happened?” replies the agent.

“I was with a group of people and they dumped me and I don’t know where they are. I’m afraid.”

A friend of the Border Patrol agent uploaded the footage to Facebook, and its legitimacy was later confirmed by U.S. Customs and Border Protection.

The agency also detailed that the boy, 10, is from Nicaragua. He was traveling with a group of migrants, but was left behind when he fell asleep.

“Scenes like these are all too common, as smugglers continue to abandon children in desolate areas, with zero regard for their well-being,” a CBP spokesperson said.

The boy’s family has reportedly been contacted, and he’s since been fed and medically screened.

It just breaks my heart to see the separation of children from their families at the border. I sincerely hope the situation is resolved soon!