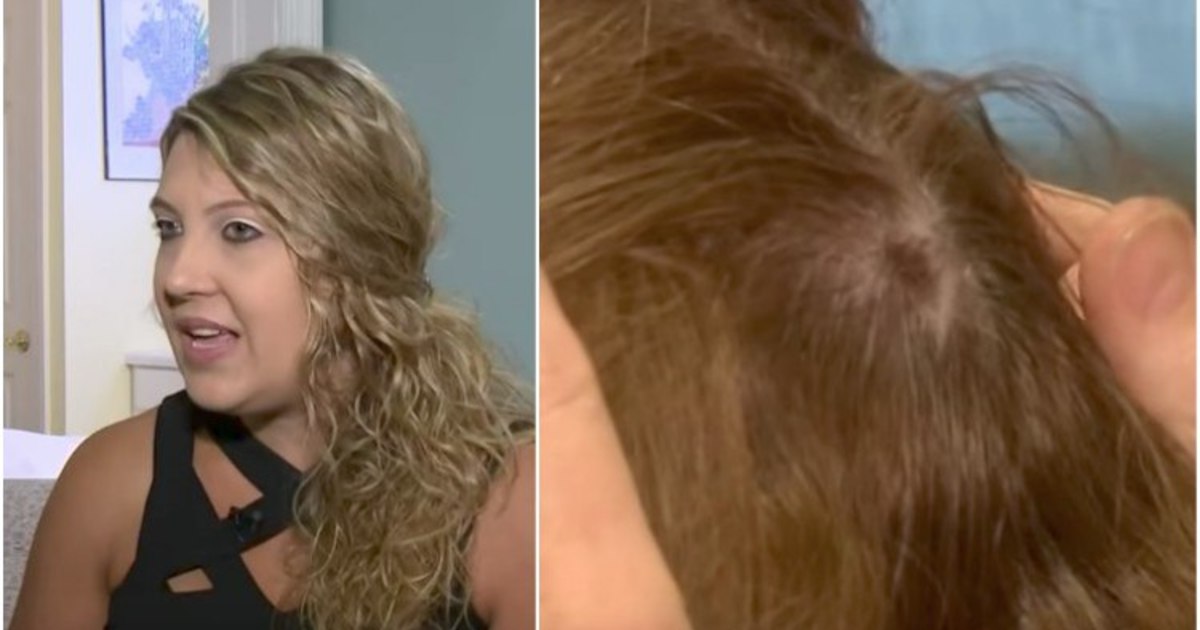 Eileen Corey was a former health news correspondent for WKYC Channel 3, in Ohio, USA in the 80s and 90s. Many might remember her because of her signature big red hair and her informative reports on health.

Decades later, the hair might not be as red but she still makes sure to keep the color in check every month with her hair stylist of 15 years, Kari Phillips.

Little did the former health reporter know that her hair stylist would be giving her the ‘health news’ of her life.

In early June, Eileen was at the salon for her regular hair appointment. Her hairdresser Kari was preparing her for her monthly color touch-up, when she suddenly spotted something unusual. She noticed what was a bad mark on her scalp.

Kari asked Eileen if she had hit her head at some point and told her she was seeing something she didn’t like, Today reports.

“It was very frightening looking,” she tells Today. “It looked like a bruise and it was flat and not raised.”

Kari has a sister who happens to be a dermatologist nurse, so she had a good hunch that the mark didn’t look right. She advised Eileen to go see a doctor as soon as possible.

Luckily, Eileen followed her advice. She went to see dermatologist Pam Davis who ordered a biopsy straight away.

The results showed that Eileen had melanoma, a form of skin cancer. But since they spotted it early on, it was still at stage zero, meaning it was not hazardous yet.

“She had not seen it a month ago — so that’s how fast this appears,” Eileen tells WKYC. “I would have not have seen this, I wouldn’t have felt it cause it wasn’t raised. There was nothing to feel.”

The early discovery means that Eileen will only need a surgery to have the mole removed, without having to have any chemotherapy or radiation treatment. Talk about having luck on your side.

Eileen is obviously extremely grateful to Kari. In fact, she was the first person she called to notify of the news.

She told WKYC that her hairstylist bought her time and gave her “the gift of life.

Although no longer a health reporter, Eileen, who now wears hats outdoors to protect her head from the sun, wants to inform people about a very personal health hazard — melanoma and other forms of skin cancer on the scalp.

Dr. Pam Davis advises to check your scalp for suspicious looking moles or marks. The best time to do this is after showering as they would be more visible then. She also urges hairdressers and stylists to keep an eye out as they could very well save a life.

Watch the news report below for more:

Please consider sharing this story to inform everyone about the dangers of skin cancer that may be hard to detect under one’s hair.