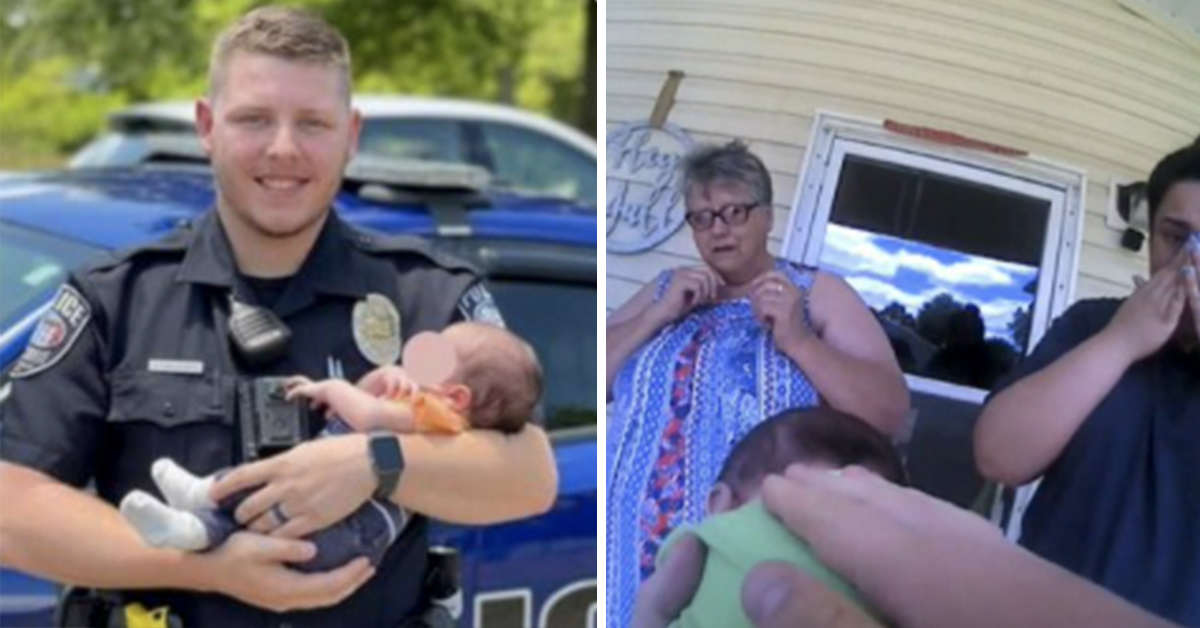 It was a call that one officer said he prayed during the journey to the scene.

First-time parents Katelin and Joe Chronister had called 911 after their 3-week-old son had stopped breathing.

The tiny baby was choking on anti-gas drops that his parents had given him.

Arkansas police officer Cody Hubbard answered the call on Saturday, June 1 and said he ‘prayed for the Lord to be on his side’ the whole way there.

As he took the baby from his grandmother’s arms he knew just what to do and remained calm while the boy’s parents looked on in desperation.

The 23-year-old officer gave the baby three pats on the back and he started to breathe again – as did the baby’s family whose fear immediately turned to relief, then gratitude.

Officer Hubbard said a typical day can become chaotic in a matter of seconds admitting that after he’d saved the baby’s life he got back into his patrol car, turned his camera off and cried.

“When a family is depending on you like that the pressure is on,” he said.

“I started kinda just bawling, mentally I just broke down, I was crying but it was happy tears.”

Now the brave officer will receive a life-saving award for his actions that day.

“As an officer you never know what is ahead of you for the day, it can go from 0 to 100 in the blink of an eye…Officer Hubbard went above and beyond to save a little life, thank you Officer Hubbard for your quick response. This is what we are all about!”

Although this 3-week-old baby won’t remember what Officer Hubbard did, his parents will be forever grateful for his brave actions that day.

Help us pay tribute to this outstanding officer by sharing this story.