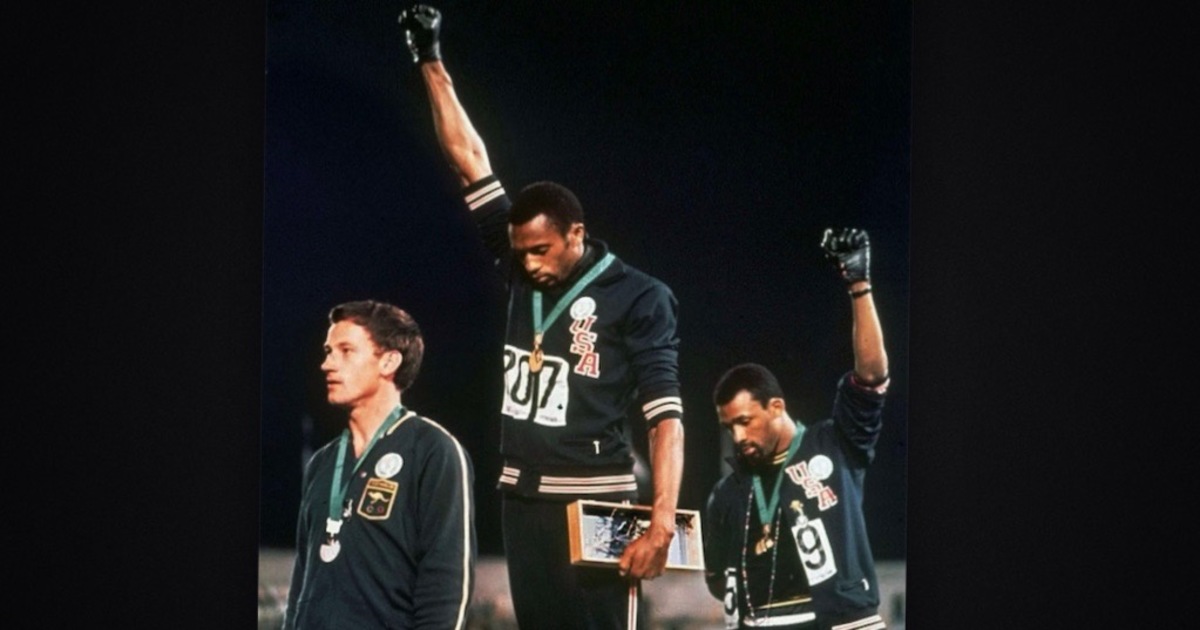 It’s a powerful, iconic photo: two black Olympic athletes raising their fists in the black power salute, and one white athlete standing with them in solidarity. And it’s one of the defining images of the 20th century. But who is the white man in the picture?

The famous picture was taken by photographer John Dominis.

I’ve always felt the power of this photo, but I never thought about its origin before seeing this documentary recently. And it turns out, if the camera panned out a little, the picture would become much clearer. You’d see that the athletes are on podiums. And in fact, the three were competitors in the 200-meter race at the 1968 Summer Olympics in Mexico City.

But why did Smith and Carlos raise give the black power salute during the 1968 Summer Olympics? To start with, it was during the Civil Rights Movement in a year that included the death of Martin Luther King and Bobby Kennedy.

The athlete’s choice of clothing explains more: The two American runners received their medals with only black socks on their feet, to represent black poverty. Smith wore a black scarf to represent black pride. Carlos unzipped his jacket to show solidarity with American blue collar workers, and he wore a beaded necklace, to in his words, remember “those individuals that were lynched, or killed and that no-one said a prayer for, that were hung and tarred. It was for those thrown off the side of the boats in the middle passage.”

While Norman didn’t raise his fist, he certain supported their cause. The Australian joined the two black athletes in wearing Olympic Project for Human Rights badges. And as Paul Byrnes writes about Norman in the Sydney Morning Herald, “He was a devout Christian, raised in the Salvation Army [and] believed passionately in equality for all, regardless of colour, creed or religion—the Olympic code.”

For the full story, check out this documentary:

If you also wondered about the history of this photo, share this article with your friends!