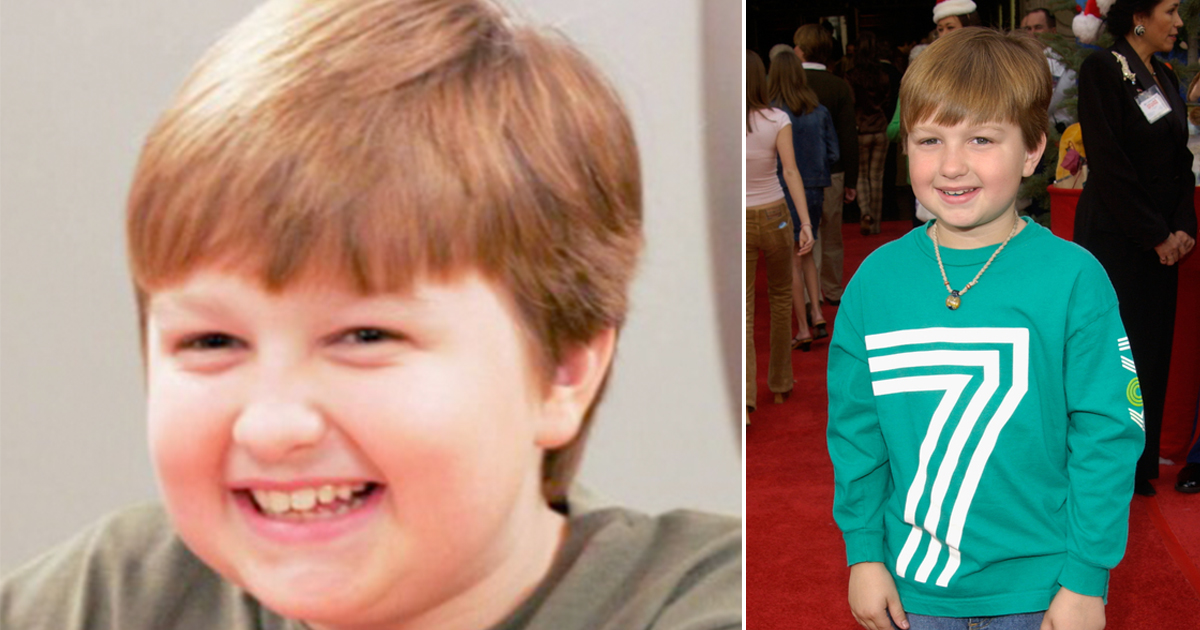 Few child actors have made such a lasting impression as Angus T. Jones in the popular American television sitcom “Two and a Half Men”.

In one of the greatest sit-coms of its generation, ”Jake Harper” charmed the audience as a sweet, caring, but lunkheaded and unmotivated teenager.

Angus T. Jones stepped into the role of Jake Harper when he was only 10 years old. During the height of the sitcom, the young actor received $300,000 for each episode – making him the best-paid child star on TV.

Yet all the success and money came at a high cost. After many years in the spotlight, Angus had enough. He left the series after several controversial happenings and disappeared from Hollywood altogether.

Today, 27-year-old Angus T. Jones is a far cry, looks-wise, from that cute little character that made him famous. The former child star now has long hair and a beard. He is, simply put, hardly recognizable …

What happened to Angus T. Jones?

Angus Turner Jones was born Austin, Texas, 1993. He had a pretty normal life before his time in the limelight, though he pursued a career in the world of television from a very young age. When he was 4, he started doing television commercials. The talented kid landed his first film role a year later, when he was cast in the film ”Simpatico”.

Then things leapt forward – at a very fast pace.

Angus got his first lead role at age 6, in the Canadian feature film “See Spot Run”. The movie was far from a success, receiving negative reviews from the critics in general – but its humorous plot was appreciated by many.

Two and a Half Men

Angus was, of course, predicted to have a great future in Hollywood. He had appeared in many films – but his major breakthrough came when he was selected to play the role of Jake Harper in “Two and a Half Men”.

The casting crew for the sitcom decided to go for Angus early on. Actually, he was the first child they saw. They reportedly liked him so much that they offered him the role immediately.

”It was great not having to have the anticipation of a phone call,” Angus said.

Angus played youngster Jake in the series, alongside Jon Cryer and Charlie Sheen. He was the “half man” of the title and lived with his divorced father, played by Jon, and his self-indulgent uncle, played by Charlie Sheen.

Jake’s quick and funny comments, his easygoing attitude and well-meaning style made him a popular character all over the world. With around 15 million people watching every episode, “Two and a Half Men” was the most popular sitcom in the United States for a long time. The young man sort of made the show in the eyes of many – he had great lines.

As Jake got older in the series, his character also developed – but not in the direction many would have thought. As Jake grew up, he was portrayed as a marijuana smoking young man who had sexual relations with both younger and older women. In the last episode of season 9, Jake took the full step into adulthood, graduating from high school and joining the army.

But it would soon become clear that Angus was tired of the series and the development of his character. In 2012, Angus went through a lot of soul searching and made an inner journey which ended with him finding a new religious path and rediscovering his faith.

He joined the Seventh-day Adventist church, a Protestant Christian church known for its decidedness to diet and health and its conservative principles and lifestyle.

Angus was baptized in 2012. After that he went out in public and blasted “Two and a Half Men” – he called the sitcom “filth” and urged people to stop watching it.

“People say it’s just entertainment,” Angus continued. “Do some research on the effects of television in your brain and I promise you, you’ll have a decision to make when it comes to … what you watch on television. It’s bad news. You cannot be a true God-fearing person and be on a television show like that.”

Following the harsh criticism, Angus’s character was removed from the show. In 2014, he officially stated that he was leaving the sitcom.

”It was difficult for me to be on the show and be part of something that was making light of topics in our world where there are really problems for a lot of people,” Jones told KHOU in 2014.

”I was a paid hypocrite because I wasn’t OK with it and I was still doing it.”

On the other hand, Angus admitted he was wrong back in 2012 – he shouldn’t have slammed the show and the creator Chuck Lorre in public.

”That’s his like baby and I just totally insulted his baby and to that degree I am apologetic but otherwise I don’t regret saying what I said,” said Jones.

After “Two and a Half Men”, Angus withdrew from acting and disappeared.

He made a short comeback in 2016, in the American web series Horace and Pete. But after that things grew very quiet around Angus.

People started to forget about the fresh-faced youngster who entertained millions with his charm and philosophical lines.

After all the time in the spotlight, Angus moved to Colorado and studied religion at the University of Colorado Boulder.

“Going to college was something I was really, really excited about,” he told People in 2016.

The well-paid, former child star enjoyed growing up and living a normal life at the campus.

“I wasn’t the center of everyone’s attention, and that was nice,” Angus said.

In October 2020, Angus turned 28 years old. The latest pictures of him show that he has changed a lot since his breakthrough on television.

Today he rocks a long hair and beard. There is still quite a lot that is unclear about his life in 2020 – but some reports indicate that he lives in Los Angeles, California.

He has a verified account on Instagram, where he sometimes updates his followers with cryptic, difficult to interpret, messages.

It’s hard to get any trustworthy information about Angus’s life today – but I guess that’s a good thing. Angus no longer wants to be in the spotlight and I can understand that.

He is far from the only child who has become famous and had a very different childhood to most – something we know can be very hard.

We wish Angus all the best in the future and hope that he may live a happy life, in peace and happiness.